Home Blogs Back through my diaries and an end of season memory and chance encounter.

As we are on the last day of the river season, possibly the last ever if a vote to abolish it goes through. I'm stuck at my desk with my mind naturally rolling over past season ends. I have been so fortunate to have had some pretty spectacular last evening's etc, but this tale is something very different, a chance encounter that you couldn't have possibly dreamt up. This is the diary piece I have just re-read to myself and thought I would share.

The day dawned very cold with a heavy frost colouring the landscape in Mother nature’s own glitter. I didn’t walk the river this morning as that would have been too much of a tease to oneself being the last day of the coarse fishing river season I felt frustrated at having to attend a rather important meeting. But sometimes we have to simply get on with things.

Brook my Staff’y bitch was delighted when we crossed Moorbridge Lane rather than walk down it to the river for she knew we would be walking over the football pitches. The smells must be so much greater for Brook on the park rather than walking the river as she looks longing at me each morning to cross the road rather than do the wooded hill walk or the river walk, strange creature. 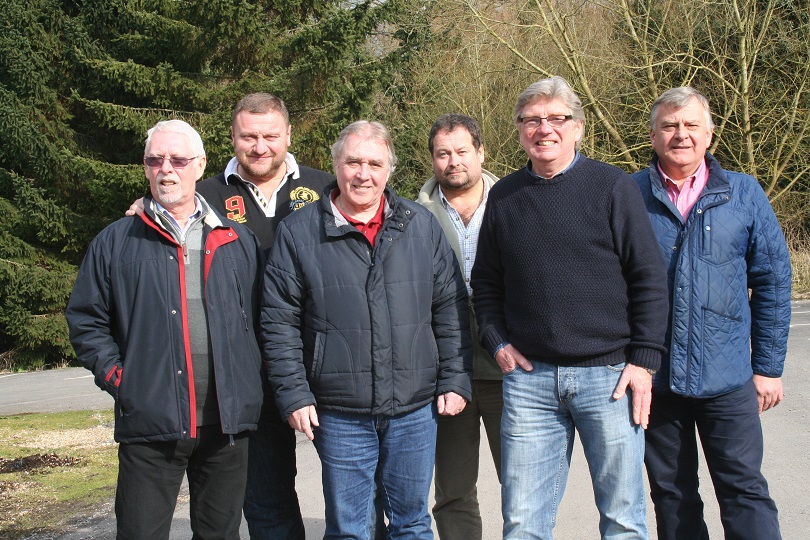 I had to be at the Black Horse Pub for 10am to attend a British Carp Study Group Steering Committee meeting. I decided to give myself plenty of time to allow for the rush hour and duly pointed the Discovery bonnet south. Just as I was about to get onto the M1 I suddenly realised I didn’t have my mobile phone with me. Last minute decision I changed lanes and drove back home. I hate being so reliant upon these things, but with running a business I need to be contactable by my staff.

I drove home and entered the house. Brook gave me one of her ‘That was quick’ looks from her sheepskin rug draped over her bed. She wasn’t going to get out of her nest to greet me but simply followed me around with her eyes.

Could I find my phone? Usual scenario I resorted to ringing it. It was ringing in my ear piece but I couldn’t hear the mobile ringing. I went all over the house and even into my outbuildings despite being sure I hadn’t been in them since I last used the phone but you do these silly things don’t you? Well, at least I do, I find myself looking for things in places I know they aren’t going to be anyway.

I walked out to my car to see if I had dropped it en-route and then heard the very faint sound of Steve Jones's guitar of the Sex Pistols opening riff to 'Pretty Vacant’ my ring tone coming from within the car. I’d had my phone with me all along it had simply dropped out of my jacket pocket and fallen down the side of the seat. I was now running late!

Two feet on the accelerator and soon I was starting to beat the suggested arrival time on my Tom Tom. I do enjoy racing it, but I guess I should start to grow up really.

I eventually arrived with 3 minutes to spare and fortunately wasn’t the last one there. Pleasantries over and it was down to business.

By the middle of the afternoon we had completed our agenda so it was time to go our separate ways. This was the part of the day I had been looking forward to with our current group Chairman John Carver knowing my love and fascination of our pastime had brought along a few bits of his gear to show me including the landing net that he used when he netted Chris Yates’s record carp. 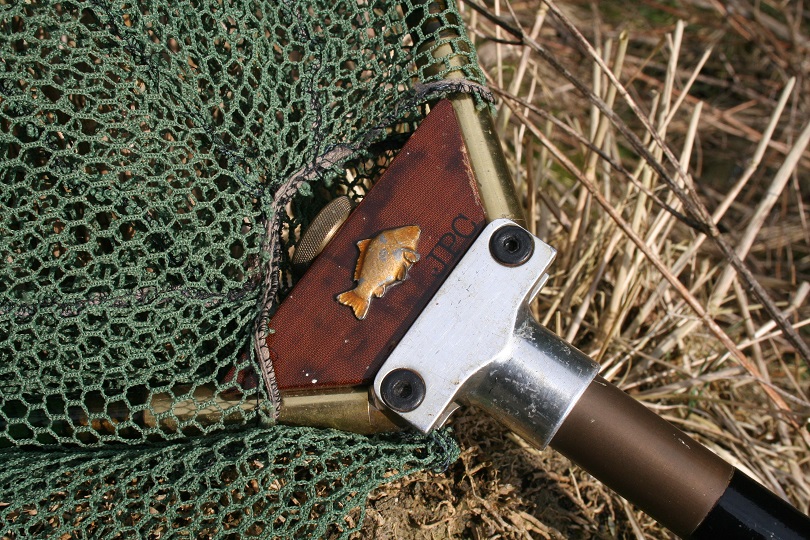 The net that engulfed a record 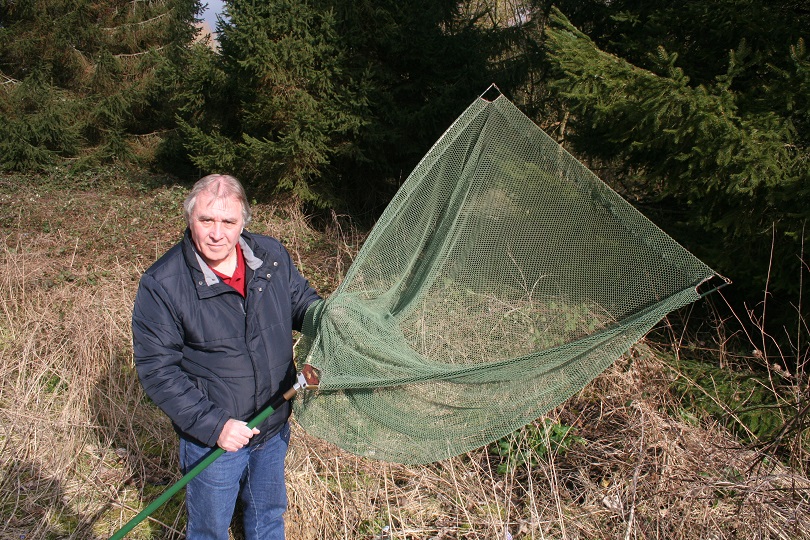 The netting of it is an incredible story and just like Walker’s record that wouldn’t have been landed without Pete Thomas’s ‘special’ netting work. The Bishop wouldn’t have been landed without John Carver standing waist deep in silt and somehow or other managing to get the net under the grounded fish. Sometimes the anglers wielding the landing net get a little forgotten about but can be instrumental in whether the fish is ever landed or not. I have raised the issue, I must admit a little tongue in cheek with a few people that should a record count if the captor didn’t net it themselves? Just a personal thing this one as I have netted most of my bigger fish myself, out of choice. 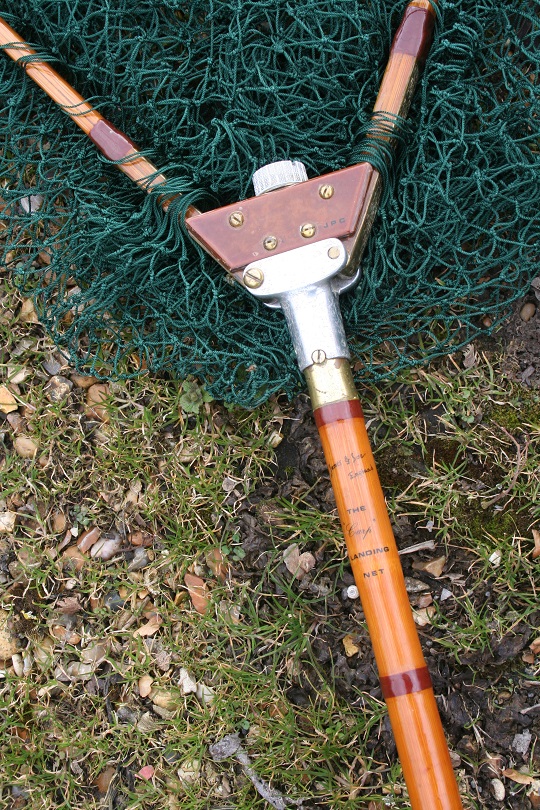 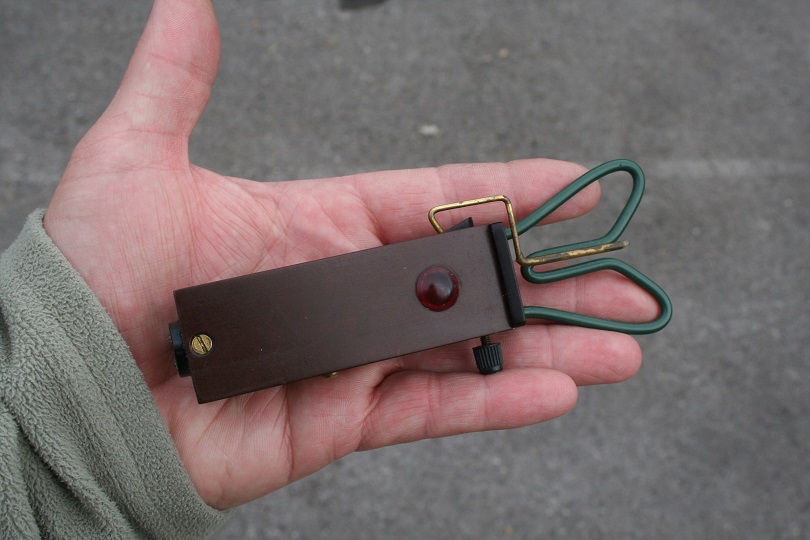 One of his early bakelite alarms, still in perfect working order and with a remote system fitted! 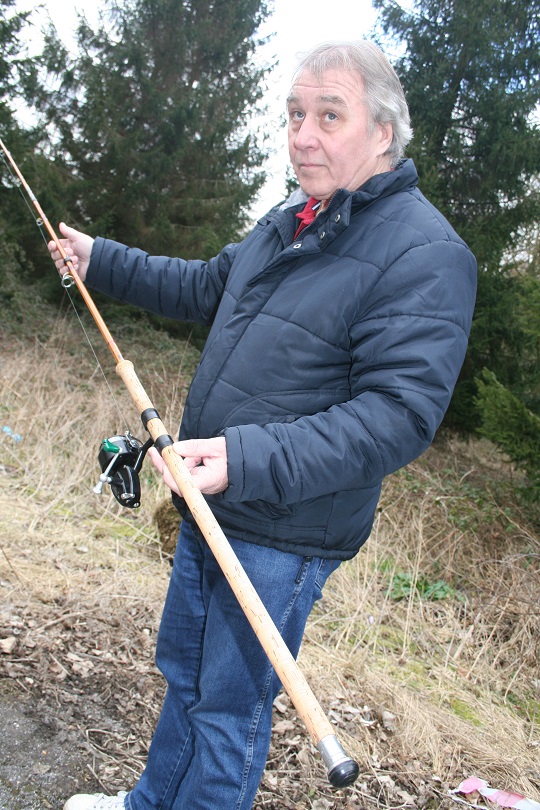 John brought quite a bit of kit along and I happily snapped away with the camera whilst listening to his anecdotes, when out of nowhere a lady came wandering over to us and said.

“Please excuse me but I saw you with these cane fishing rods, can I ask you what you are doing?”

I simply told her I was recording some rather important bits of angling history.

“The reason I ask is that my Father used to make cane rods, he used to import the cane and then build them. I used to whip quite a few of them myself. I don’t know whether you will have heard of my Father’s company J B Walker? We used to do quite a lot for Richard Walker but he was no relation.”

John and myself looked at each other, of course we knew of J B Walker and what an incredible chance meeting in a car park miles away from where any of us lived. It seemed inappropriate to ask to photograph this lady but I now wish I had. My brain was drifting all over the place trying to take in and record a lot of what John had been telling me and now what this lady was telling us.

There were stories with all of the bits John had brought along, the cane rods he had used during his years at Redmire and only stopped using as his main rods when there started to be regular tackle thefts at Johnson’s and he didn’t want to lose his old friends that way.

There was his original landing net that long standing British Carp Study Group member Dr Rex Elgood (R.I.P.)had actually knitted him a replacement mesh for and so on, but all too soon it was time to drift along on our own respective routes. My brain was a total whirl whilst driving back up the M1 desperately trying to remember each snippet of information I had been told.

I passed over the mighty River Trent close to where I have spent quite a lot of time fishing this year and suddenly thought I might just be able to get my gear together in time and get down there to see the final sunset of yet another season.

So, this rather special day was ended with a unplanned impromptu trip on my local river. The thermometer said the barbel were unlikely to feed but it was the last evening of the season and I simply wanted to sit beside running water. I had a bite and landed a bream, not what I was after at all but it was to be my last fish of the season.

Best of luck if you get out there today.