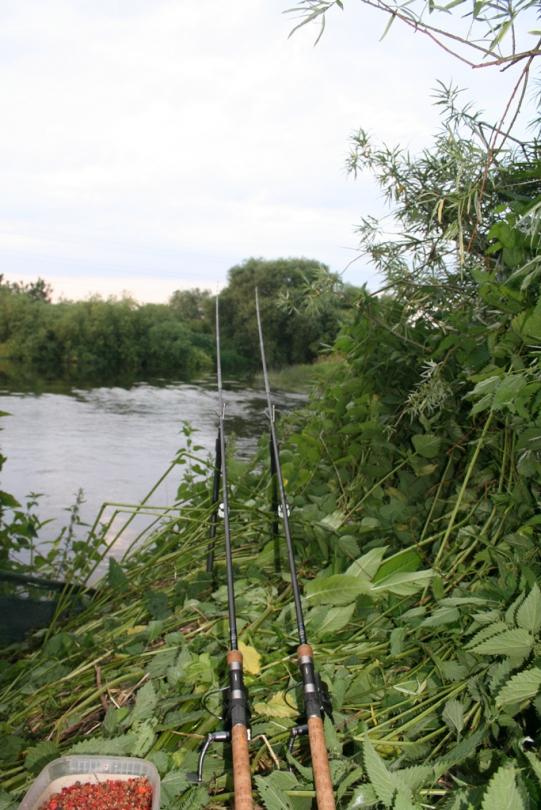 Here I sit, a month into the season reflecting upon the wonderful sport from the barbel I have enjoyed thus far, even though the weather has been rather un-barbely to say the least. 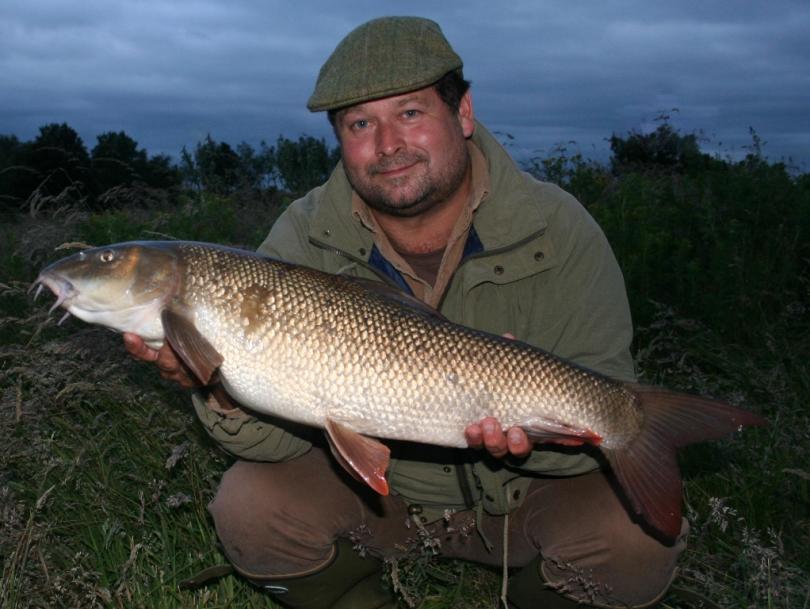 I documented my first five days of the season earlier on and quite simply I have carried on catching at a steady rate by what I like to think of as having angled sensibly and not hammered the fish to death with lines amongst them all of the time. In fact I have made a point of fishing totally different stretches as well so not only learning about more parts of the river, but also ensuring the fish have a bit of peace and aren’t being fished for constantly.

It can be difficult at times having had a good trip not to go and fish the area again the next day, but I have stuck by my guns and honestly believe I have caught more by doing this. Similarly I have only fished very short sessions all season being typically 2 to 4 hours long and not very often has it been 4 hours.

In most cases I have caught pretty quickly after starting and if a bite hasn’t come in the first 30 minutes I tend to start to get itchy feet and feeling as though I need to move. I guess this really shows the confidence I have in both my approach and my bait at the moment,  for I feel that if the fish are there, then I should be catching them. 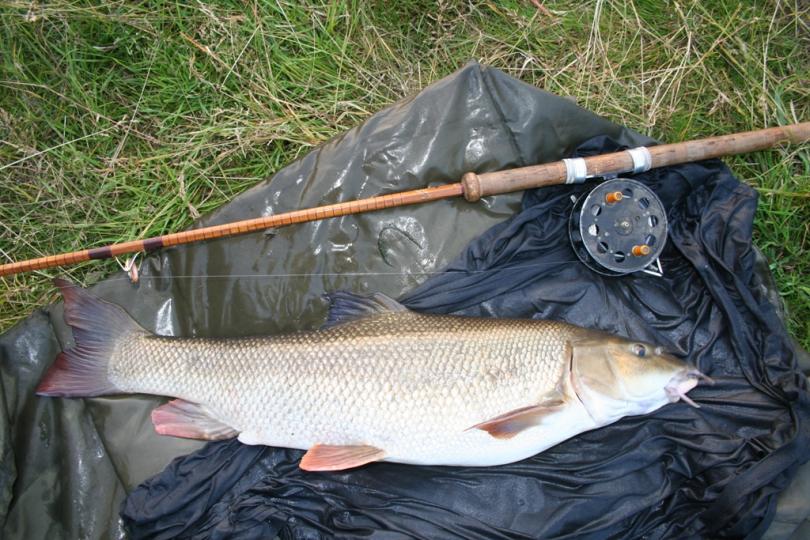 I have even had time for fun with the centrepin and cane.

As I look back through my diary this past month it is noticeable that I have done my usual thing and messed around a little with my bait. I can’t help myself and it is the only way new ideas get tried and the bait and knowledge move forward.

My primary approach has remained the same with the big open ended feeders and I have purposely stuck to this approach as a friend of mine who is fishing the same stretches adopts more of the boilie and stringer approach. I see little point in two anglers who are sharing information to actually fish the same.

How could we learn anything that way?

How could we know for sure that another method wouldn’t be better?

Although my friend is catching them, my feeder tactics have more than held their own so I am certainly happy to keep on with this approach as I still have lots of things to try feed wise.

I started the season with a predominant Rahja Spice mix but with a smattering of other broken boilies too as well as a couple of different Maximum Action Pellets thrown into the equation to send out as many different food signals into my swim as I can. I am a big believer in trying to get everything in the swim feeding, as once the aggressive competition feeding starts, the fish appear to throw caution to the wind and the natural greed factor takes over.

I have played around with my original mix and have fished it with the other flavours removed and I have had a few short trips with hemp seed added  and I have caught on all methods, but the original mixed mix has still been the most successful.

As well as the feeder contents triggering a feeding response I have also been trickling 10 mm Rahja Spice boilies through the swim, just 3 and 4 at a time, but quite regularly in just the same way as you would perhaps sprinkle a few maggots in each trot down with the float, only these few 10 mm’s are being introduced without the accompanying splash of a cast. 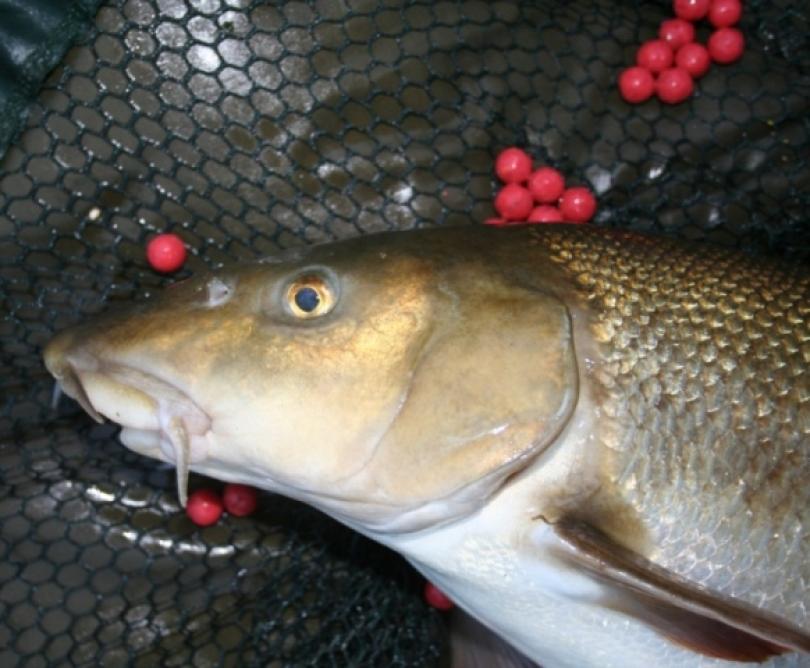 One thing that really upped the action was starting to give the boilies a drink the day before I was going to be using them. This is something I do a lot of whilst carp angling. Many get it mixed up with washing baits out but I prefer to simply get a little more liquid back into the bait and soften them fractionally which also has the added bonus of opening the pores of the outer skin to allow a quicker release of the attractants and stimulants that are put in the bait to do just that but often remain sealed inside the bait for a period after baiting. Giving the boilies a drink beforehand speeds up the attraction process and indeed helps speed up the digestion of the baits too. I started doing this with the water from my cooked hemp but have since used simple river water also basically adding liquid in rather than washing bits out. 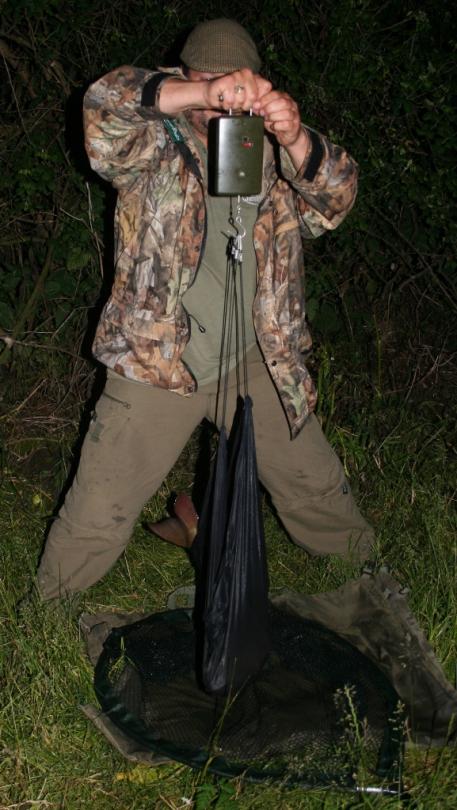 Another double being weighed just into dark.

Hook bait wise I have stuck to my favourite river hook baits, trimmed 15mm boilies. Originally I was giving these a paste wrap but found I appeared to be getting takes quicker without the paste. I can only assume that the trimmed bait without the paste is more to keeping in size with what the barbel are eating from the feeder. The paste wraps are still producing fish so I may have read this wrong and as always I need to experiment further. 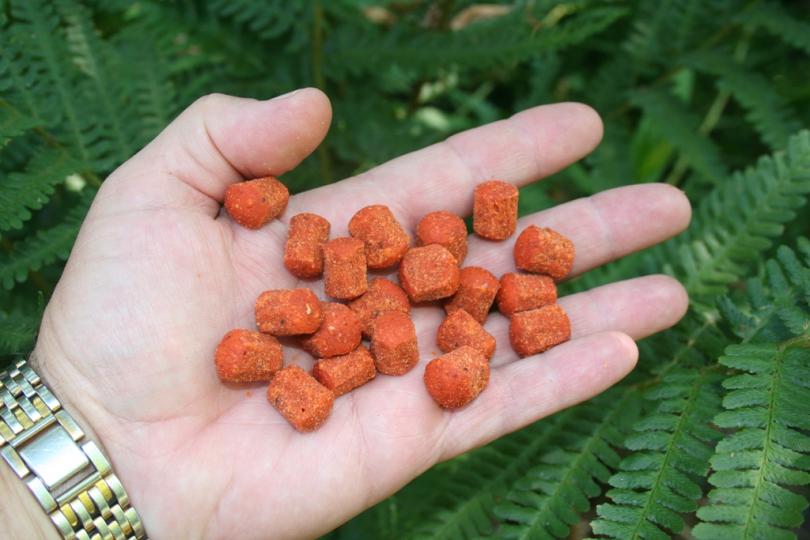 An interesting development has happened on my last couple of trips and that is the Absolute Seafood hook baits producing more takes than the Rahja Spice. Now I have fished both baits on and off all season so far and the Rahja has definitely produced the lions share of the fish. The last two sessions I have been fishing new stretches so possibly I have been putting the Seafood in the right area and the Rahja in the wrong areas? Who knows but to me this is all part and parcel of what makes this sport of ours so wonderful. With so much experimenting always to do, it amazes me people actually want it all on a plate. This is what works and this is how you do it scenario. I for one get an enormous kick out of discovering things for myself. In a similar vain I could simply stick with our Special Crab as it has been proven over and over again that the barbel love it. Pat Gillett swears by our Special Crab and looking back through his diary pieces over the years how could I argue against that? But to me being naturally quite stubborn, I get a bigger kick out of catching on baits that haven’t quite had the same amount of previous publicity and this way I feel I am actually having my own input in my captures. 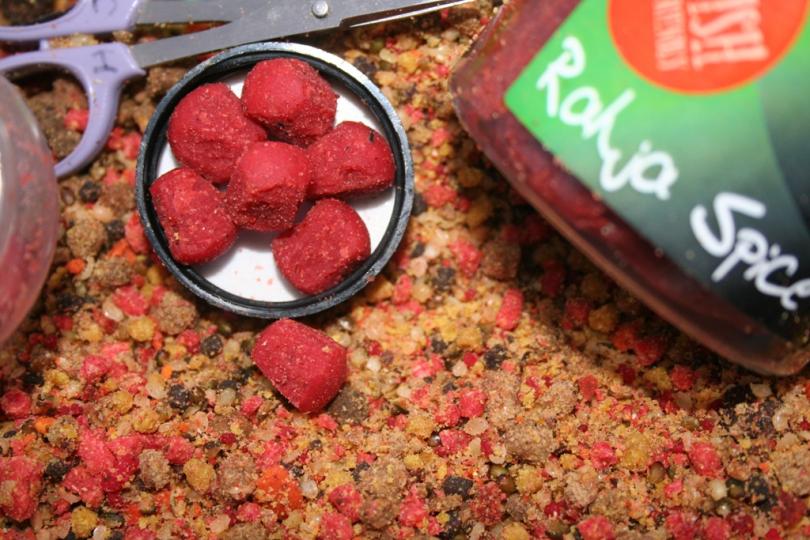 Location wise has been simplicity itself and from what I have seen is the main reason a few appear to be struggling to catch this past month. The river has been running low and thus the dissolved oxygen content is very low also. The well know tried and trusted barbel swims don’t all hold fish at the moment. The barbel are in their comfort zones. I am sat tapping these words out on real hot weather and just contemplating sorting the fan out to blow onto my face and this is exactly how the barbel are too, but because they take their oxygen from the water they need a good flow for easy comfortable breathing.

Find the most oxygenated water you can at the moment and preferably not too deep and you will find barbel. Like us they are trying to get their equivalent of a breeze across their faces.