This is a subject I never see covered anywhere despite mentioning it in several of my articles in the past, but it is a vitally important issue which can’t in my mind be repeated often enough.

Carp are cold blooded. This means that the carp is the same temperature as the water it is living in. This affects the carp’s metabolism greatly and is the reason your bait choice is so crucial during the winter months but this is another subject for another place. Humans are warm blooded which  means we are warmer than our winter surroundings.

When a warm blooded animal touches cold blooded fish you shock it, almost burning it – FACT!

During the winter months more than any other time you will have issues with the fish kicking up stink the first time you touch them. Try and pick them up for a photograph and they will squirm around and kick around. They aren't comfortable at all and the more they squirm and kick the more slime gets transferred to your clothing, mat and sling. This protective coating of mucus is extra thick during the cold winter months because this is the time the carp really need it. Nature is trying to look after it and protect it at its most vulnerable time and you are not helping by trying to get a photograph. 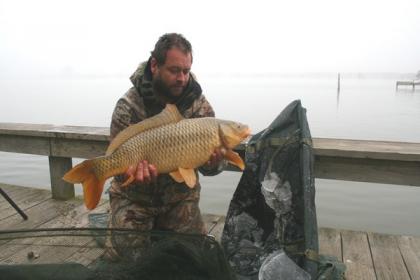 Just take a look how much more slime/mucus is left even in your landing net mesh during the winter when compared to the summer months.

Now the main purpose of this piece and the very simple solution I found to keep the fish remaining calm and a solution we certainly owe to the carp to do. Once I started soaking my hands for a short period before handling the fish the problems of them kicking around stopped. Now I admit this isn't a very pleasant thing to do plunging your hands into a cold lake for a minute or so before handling a good fish but much better for the carp. 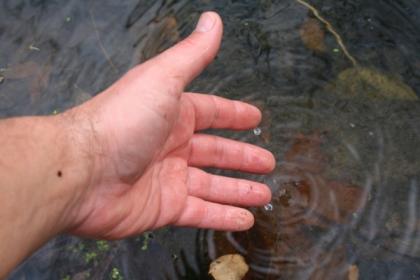 It doesn't take us long to warm our hands again but it takes the carp a long while to produce another layer of protective mucus and in the time it is producing it all sorts of parasite could be attacking it. Please think what you are doing the next time a fish kicks up a stink. It isn't so noticeable during the warmer months as the difference in our body temperature isn't so great.

Whilst writing about fish care I will add a few further thoughts. 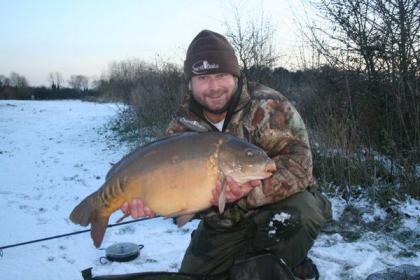 It doesn't take us long to warm our hands again, we owe it to the fish.

Un-hooking mats have always been a major gripe with me – most are much larger and much thicker than we really need but I guess we have to think about those who don’t have a clue how to control a fish on the bank where a full sized bed probably wouldn't be big enough!

So, I guess erring on the safety side, on the whole, large thick padded mats are the safest option but really a little extra attention to where you are laying the mat and ensuring nothing lumpy or sharp is underneath is vitally important. I guess my gripe comes from the days I started carp angling and the humble unhooking mat was still to be invented. We put ourselves out to find the softest safest ground to lay the fish upon.

One thing I have started to do with the bigger fish when I am lucky enough to land one – particularly the deep bodied fish is to slide my stiff armed weigh/retention sling underneath them before carrying them to the bank. This I feel is much better for them and tends to stop the deep bodied fish bending up as much as they often do when carried in a net.

Looking at video footage highlights many things not often noticed. The heaviest fish are the biggest problem. Doubles and 20’s usually look fine being lifted out in the landing net. One thing I hate to see is the eye being turned whilst being carried to the bank. This happens with most captures but still makes me cringe to see it. It doesn't happen the same when carried in a stiff armed weigh/retention sling.

When fish kick off on the mat I tend to put the wet sling back over them rather than dive on them and wrestle them with dry slime-removing clothes. If they kick off in my arms I find simply tilting them back calms them. 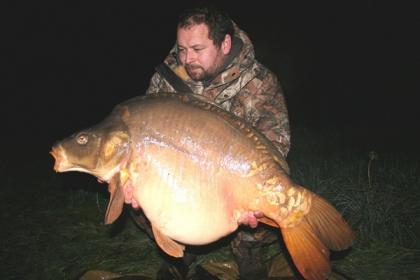 I have always had reservations about the carp cradles which are becoming more and more popular. What if you have framework troubles, someone falls on it etc or it simply comes to the end of its life and collapses. How effective as a mat are they once the frame is broken? I have also seen a good fish smack its head hard on the frame of a cradle once the angler had the fish in his arms. If cradles are to be used I would much rather see them with big padded frames. Personally I don’t like them as you are forced higher off the ground with the fish than would be natural to me. Certainly some of the very deep bodied fish which would have to be lifted higher than normal to keep the cradle from obscuring the fish on the trophy shot that we all like to have so much.

Out of choice I prefer 2 x thinner mats than 1 x big padded mat. I like to un-hook on one. Transfer the fish to the other, chuck the net out of the way and then pick the fish and mat up and put it on the second mat for treatment if required and photography. I guess that comes from mainly fishing on my own. I always seemed to be messing around juggling about getting rid of the landing net. We all develop our preferred ways.

Hopefully the above is a little to think about and once again for the sake of the carp – PLEASE COOL YOUR HANDS DOWN BEFORE TRYING TO HANDLE THEM.