One of my syndicates opened again this last weekend after a short closure due to spawning and to give the fish a while to rest and sort themselves out. Fortunately, I am a member of a few quite different types of water which I choose carefully so that they do not all end up closing at the same time. I cannot remember the last time (discounting the Covid lock-down) I did not have somewhere to angle for carp and indeed this last weekend this one was opening as the fish started to spawn on another of my venues. Sadly, those running that one don’t close the place but put cones in the swims they are spawning in with no fishing signs. I never really got that one as a few wags of the tail and those same fish are in swims that people are fishing. Myself I choose to keep away; I just wish others would.

Anyway, that isn’t the point of this blog, the reason I have sat myself down to write this is to share a method I first started to use in the 90’s and one which has consistently produced me carp at this time of the year since. It all started back on a pit in Leicestershire that I used to fish for the carp but there were also lots of quite large bream in there and after the bream spawned it became exceedingly difficult to tempt the carp. It didn’t take a rocket scientist to figure out the carp were probably becoming pre-occupied on the bream spawn rather than searching out the larger offerings the anglers were offering. I went down many different routes as you do when all are struggling and eventually produced an early version of what is now known as Microfeed which basically resembles fish spawn. 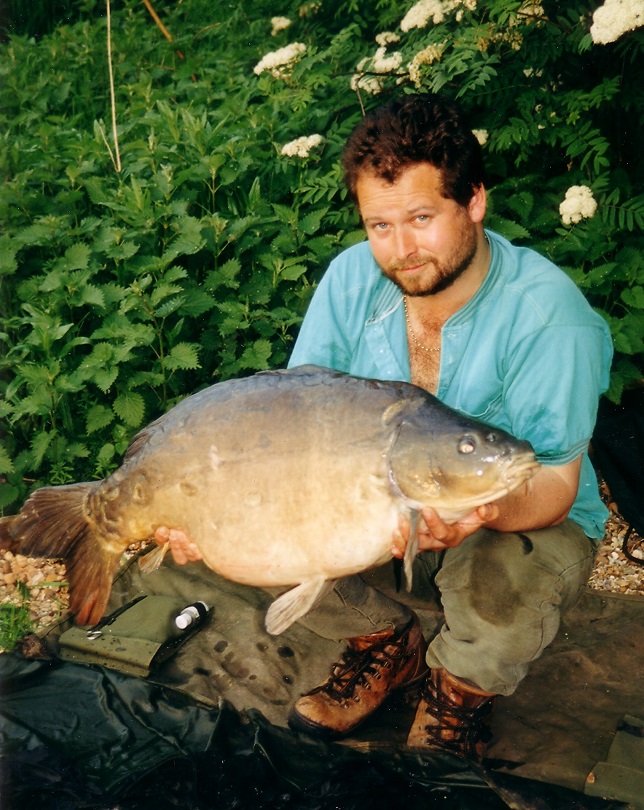 I found a way of catching fish that seemed preoccupied on eating spawn.

Originally, I used this either moulded around a bomb for relatively close-range casting, or around a ‘Method Feeder’ if I needed to hit them harder along with tiny neutrally balanced hook baits. My very first cast with this, I caught carp and it has been a tactic I have fallen back on every year since.

Naturally, first trip back after they had spawned this year, two of my 3 rods had Microfeed stick mixes in place. 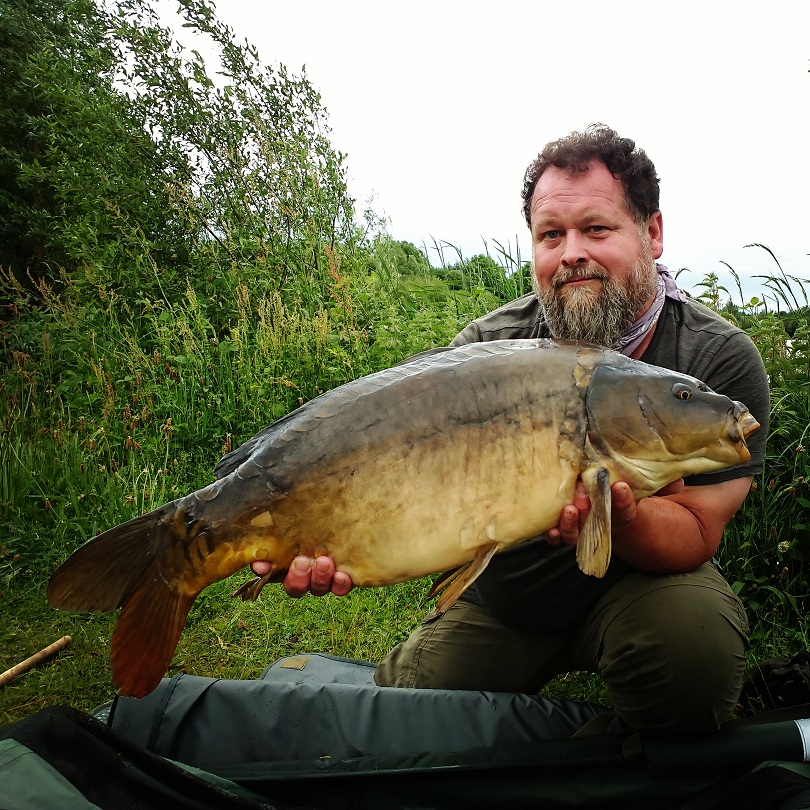 Start of this last weekend soon saw it on all 3 rods.

A couple of hours after starting and a fish on the bank saw the third rod with a stick mix added too.

The Microfeed can also be dampened down and formed into balls which look like paste balls but once settled on the lakebed, they once again break apart and once again resemble pockets of spawn. After my first capture this last weekend I made a few of these Microfeed balls up and went and scattered them in a weed bed (the natural place for spawn to be found). 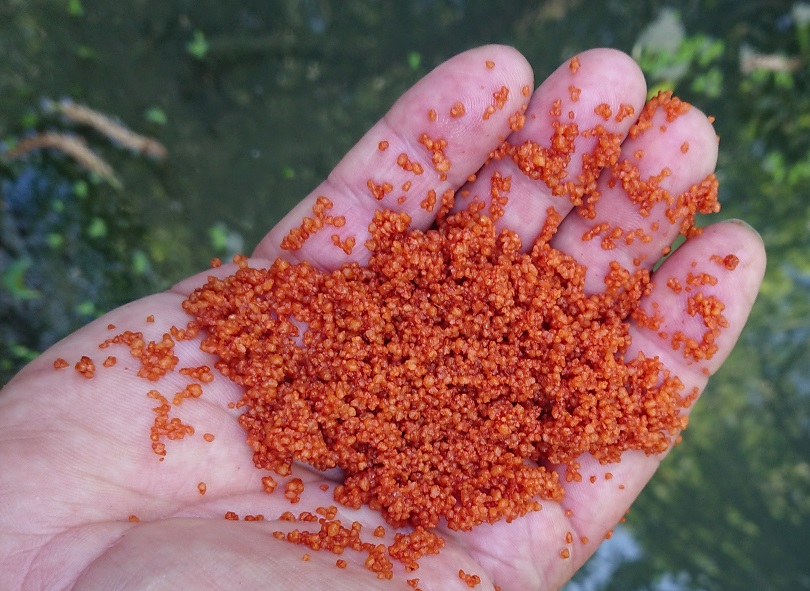 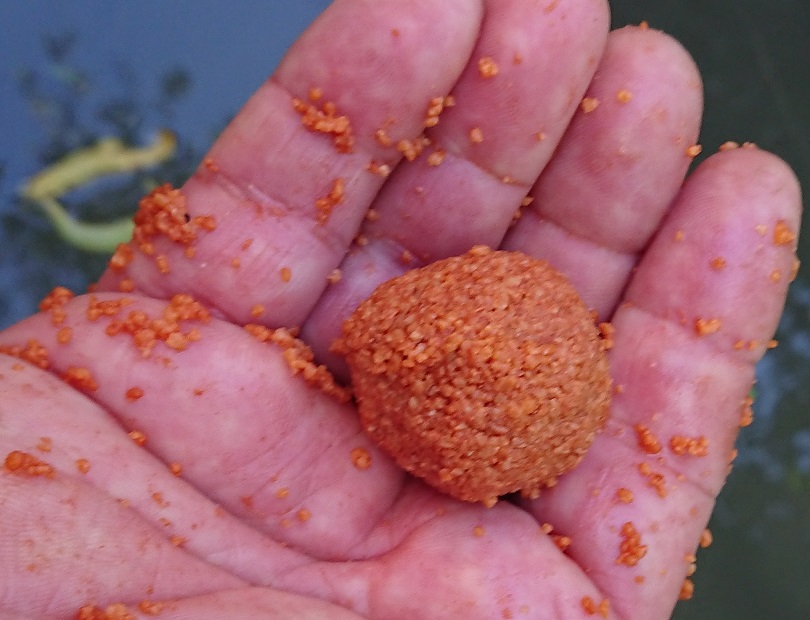 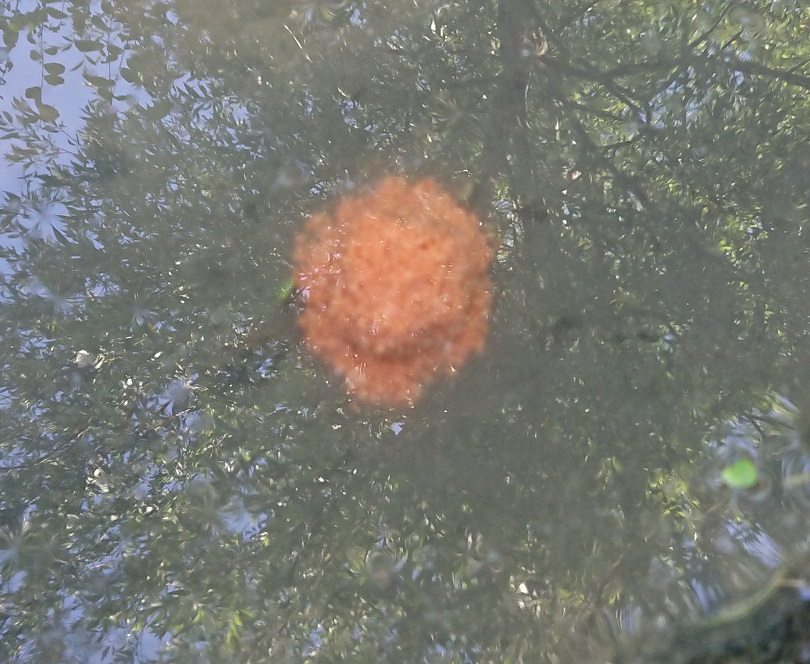 Sunday morning, I had a wander along the bank to find the carp digging away in the weed. So, one of my stalking rods was quickly retrieved from the Land Rover and with nothing more than one of my favourite size 8 P.B. Products Super Strong bare hook tied on the end and a tub of Magnum White Paste in my hand (actually it had a strip of Magnum White, a strip of Spicy Spirulina and a strip of Rock Pool Rahja in the same tub rather than carry 3 tubs) I crept up the bank and sat myself down to watch exactly where they were. There was a particular bit that the fish would have a root around in and then lift before another fish had a go.

It would have been difficult to present a hook out rig in there so I resorted back to how we all fished when I started carp fishing and that was to bury my hook in paste so that it wouldn’t snag up and simply cast past the fish and wound the free lined paste back to flutter down among them whilst training my eyes on the line at the rod tip.

It didn’t take long before it twitched then started to snake across the water, a good firm strike set the hook and battle commenced as a huge smile of satisfaction stretched across my face. 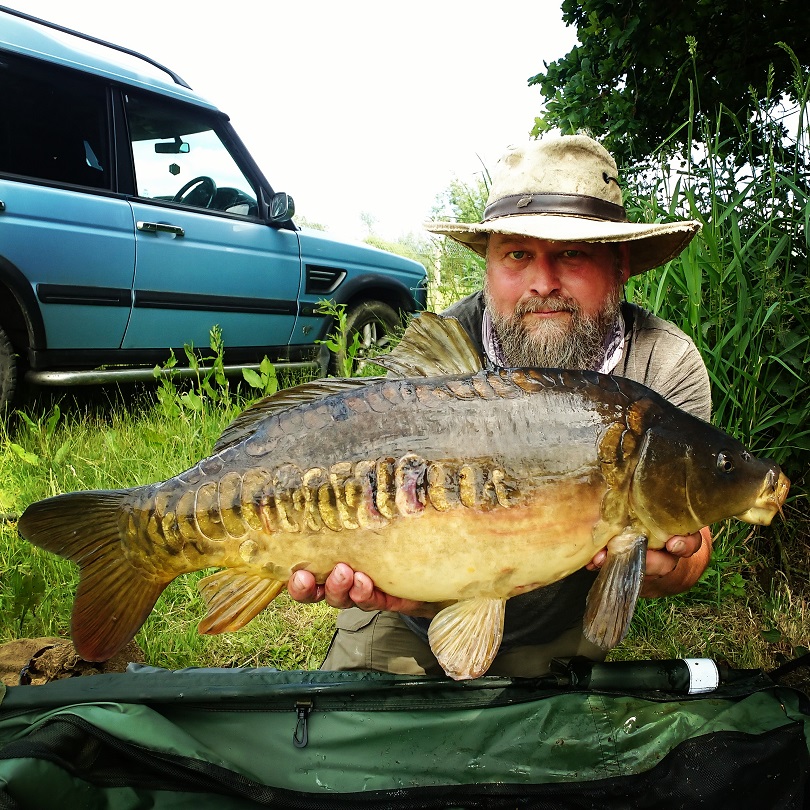 Don't forget the old methods, the carp have mostly never seen them.

I’d not forgotten the old methods that this generation of carp have probably never had to deal with. Happy days indeed. I do get a big kick these days when I can tempt the awkward ones with old methods that are very new to them. I can never help thinking whilst playing them...

“You didn’t see that one coming did you”?