Yesterday I re-posted on social media a short video I did on the P.B. Products Hit and Run Safety Lead System https://www.youtube.com/watch?v=q2P-xrlYAak and overnight a couple more questions have come through to my inbox about them, so it only seems right to go into a little more detail about them and show how I set them up.

Back home this lead set up went straight onto one of my rods and was used on my local. Interestingly, my first fish on the set up was a bream. No big deal perhaps, but it was actually the first bream I had ever caught there despite fishing the place for several years. Over the following few trips it was apparent that the rod with the Hit and Run System on was producing more takes than my tried and tested set ups. 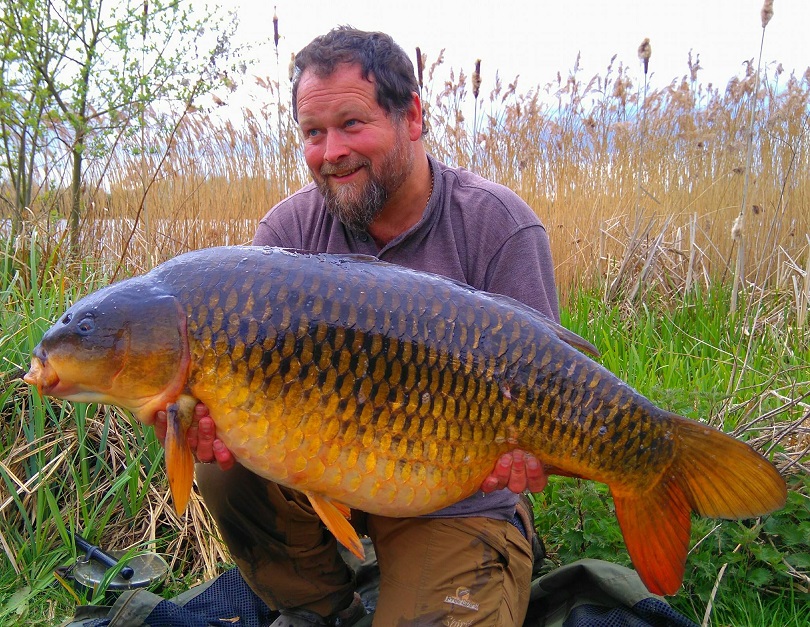 This was a fish I had waited a lot of years for but it slipped up on the pulley system.

I was mostly fishing Grenville that year and because of the rules in place there, I wasn’t allowed to use the system. I had a quiet word with Paul who runs and developed Grenville into the incredible fishery it is to-day and showed him the set up. He agreed just how safe it was and actually told me I could use it. Sadly that was rather short lived for that evening a member was walking by as I was recasting and saw the Silk Ray leader (no leaders allowed) then asked Paul why I was allowed to use these but the rest couldn’t. Paul came around apologising and simply said that he would have to withdraw the permission he’d given me or else everyone else in the syndicate would be on his back. Hey ho, a system I knew would put bonus fish on the bank for me, but a system I was not allowed to use despite everyone agreeing how much safer it was compared to most other rigs as the carp are only left with a hook link attached should your line part for any reason. There won’t be the scenario of a fish trailing a lot of line should a pike cut through your lines in the edge. This used to be a real frustrating and common occurrence on the Mangrove whilst I was a member there.

As the name suggests the Hit and Run Safety Lead Clips allow you to use them as lead clips in the conventional manner where the carp hits the weight of the lead, or you can use them as a running set up but with one massive advantage over any other running set ups I have used for it doubles the speed of the take. Every centimetre the carp moves it takes two centimetres of line, thus doubling the speed and indication at the rod end.

I use light leads a lot as well as running set ups. Just think about it for a moment. Most carp swimming around for almost 40 years now have been used to a hook bait tethered to a lead with hardly any give. A cautious or very slow moving carp isn’t necessarily going to prick itself. They get away with it over and over again particularly when big leads are used. The bigger the lead the less you are going to know about what is happening at the rig end because until that lead is actually moved, you are going to get zero indication at the rod end. This is why I favour small leads when I can reach them with one. It is very difficult for a carp to do much at the rig end without moving a small lead thus possible indication back at the rod.

When I can’t reach the fish with a small lead then the Hit and Run or pulley system as I often refer to it as, really comes into its own and not only that, as I touched upon above, it actually exaggerates what is happening down at the rig.

With the water cooling and the carps cold blooded metabolism slows right down, the Hit and Run system can really come into its own. 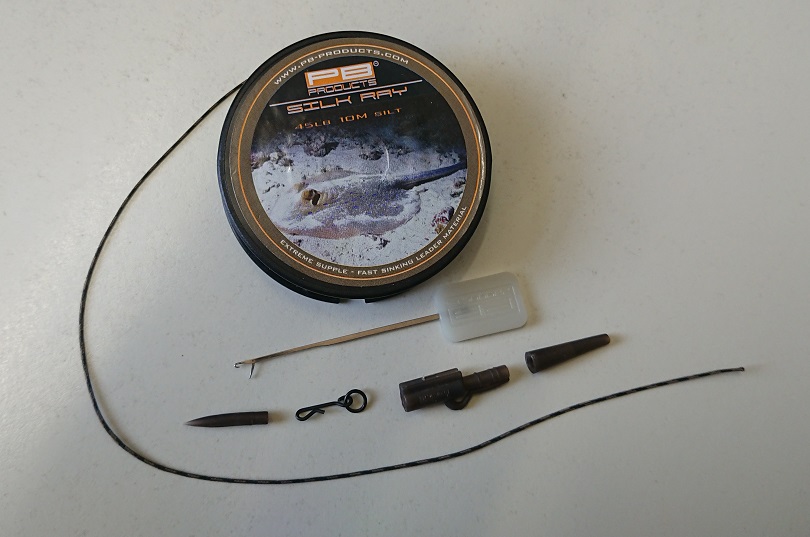 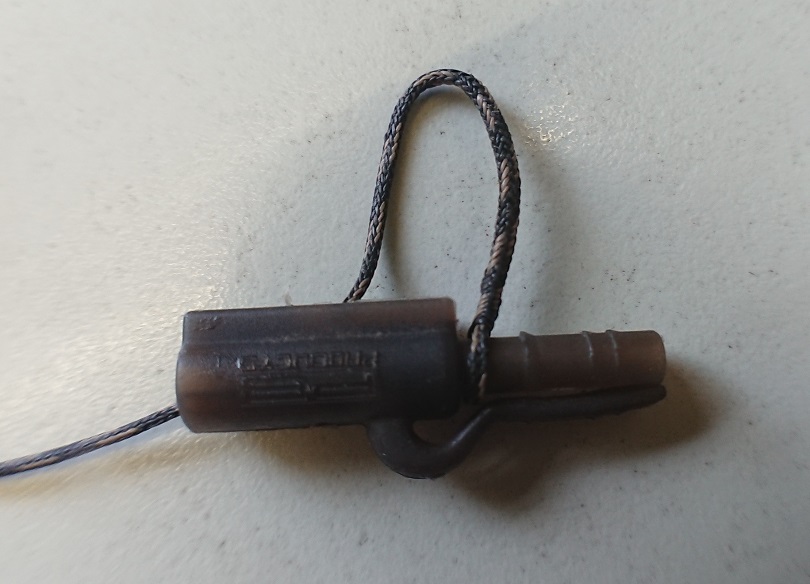 Splice a loop, put the loop over the main part of the lead clip, then thread the end through the top hole of the clip and out the front. 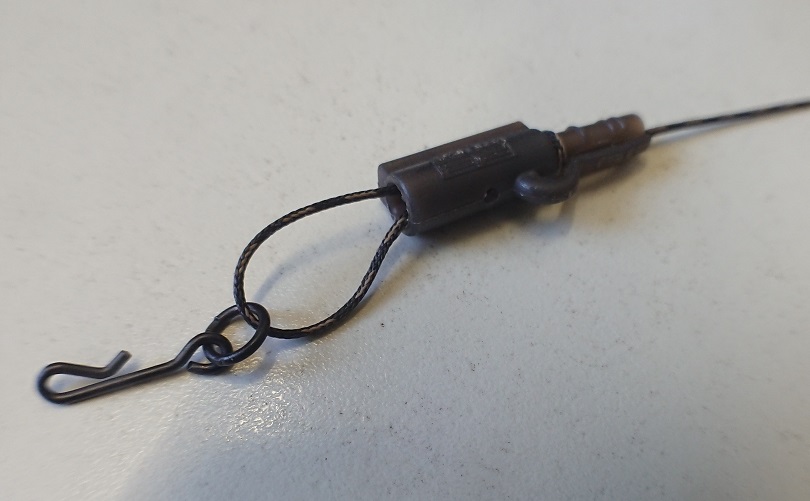 Slide on a Flexi Speed run ring and pass the end back through the clip and out the back. 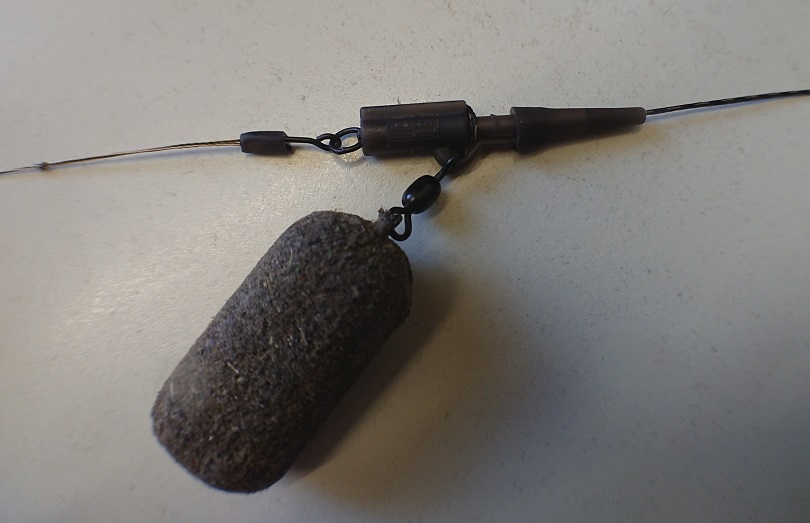 Lead in place and the finished set up. I cut the front Anti Tangle Sleeve very short for minimum resistance 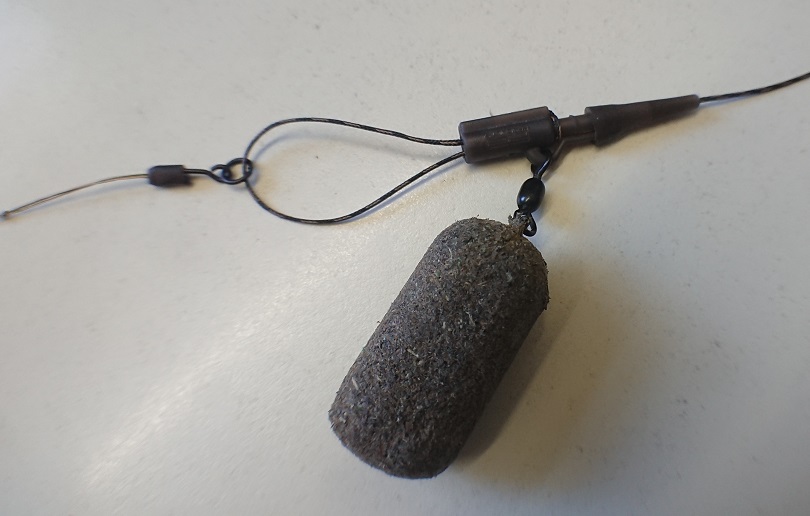 A final little tip here, I often hear anglers commenting about worrying about the carp dropping their bait on a free running system. Okay, it can happen but I truly believe I get more chances using the small lead or the Hit and Run pulley system approach so it negates that worry in me. If you are fishing swims where you can’t be on your rod immediately as has been the case with me in the floods of late, you can actually give the carp a jolt of the lead if you want. I attach my Silk Ray Leaders to my main line loop to loop. When the loop hits the back of the tail rubber it temporarily jams, giving the carp a jolt, just like the early bolt rig set ups when back stops were used. The shorter your leader, the sooner they hit the weight of the lead and vice versa. 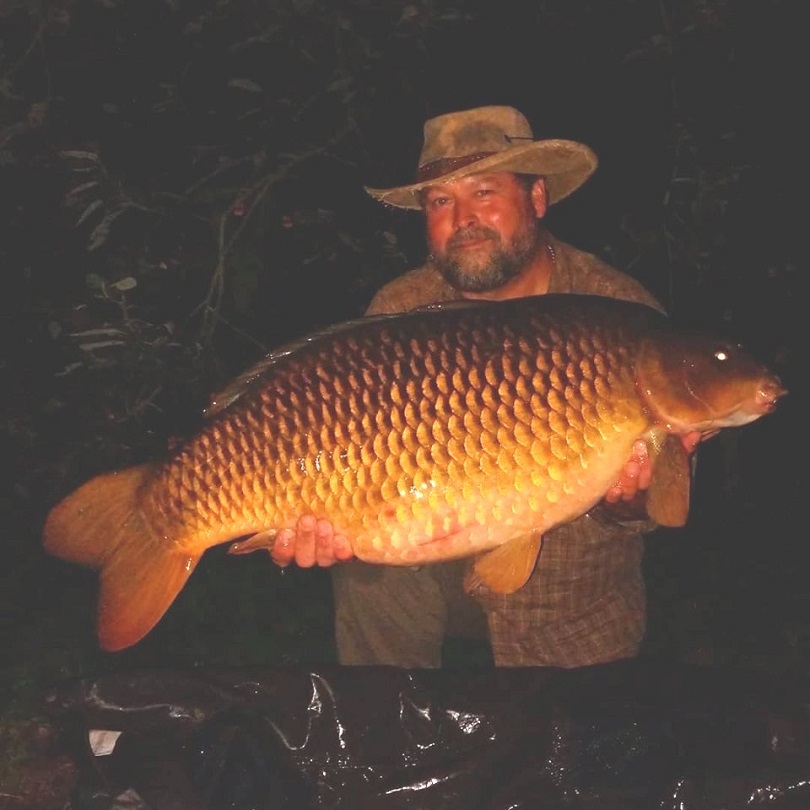 A big common from this season on the set up.

Finally I will make mention of the other advantage of using this system over a normal running lead set up. If you fish waters with sharp bars or weed in them it is possible to get the lead jammed up and you end up playing the fish through the lead, or you can end up with the lead a long way back up your line clogged in weed. The Hit and Run system automatically drags the lead back to the swivel and if the lead jams in something, it simply pops off what has now become a conventional lead clip.

I hope this explains a little more why I so love these clips. I think 7 years is a fair testing period to have found any reason not to use them. I haven’t yet.