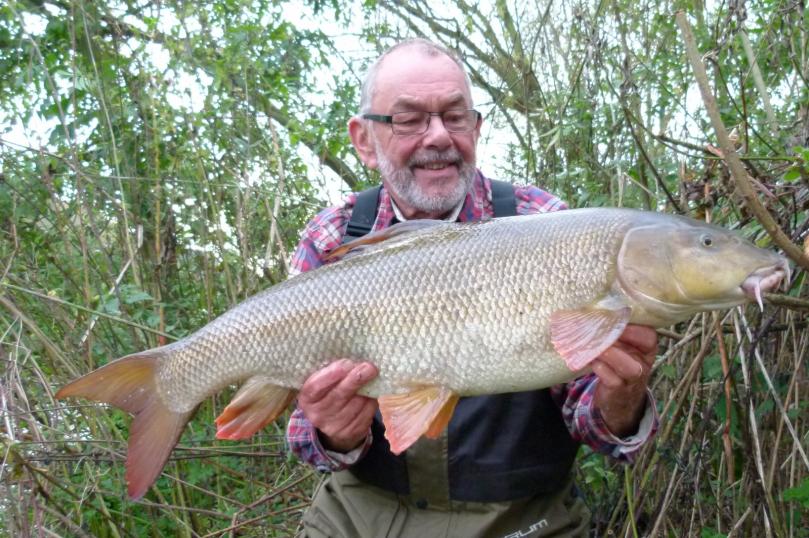 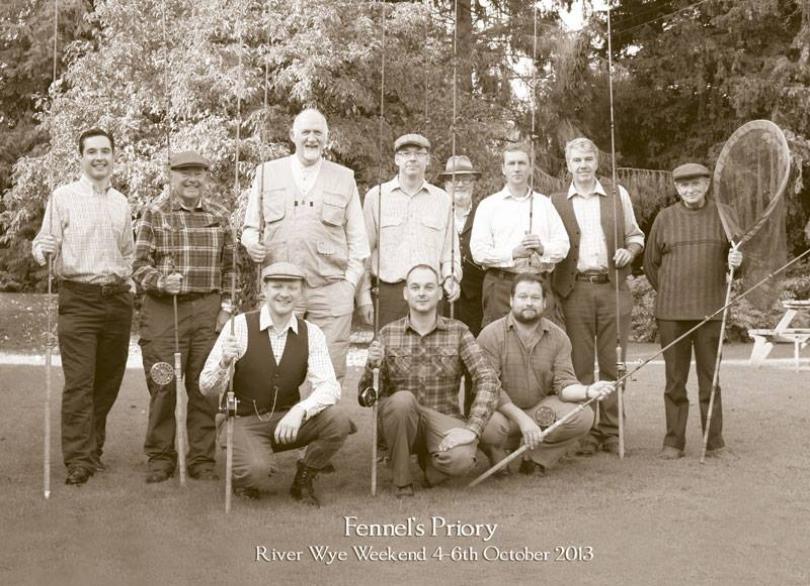 Now although I have known Bob for many years, up until last year I had never actually shared bank space with him. I came close during a ‘Priory Traditional Angling Week-end’ organised by Nigel ‘Fennel’ Hudson a couple of years back on the river Wye, but ended up fishing different beats, so it was a case of simply meeting back up and sharing space in the restaurant and bar rather than the bank, all very pleasant never the less with the usual ribbing going on all round. 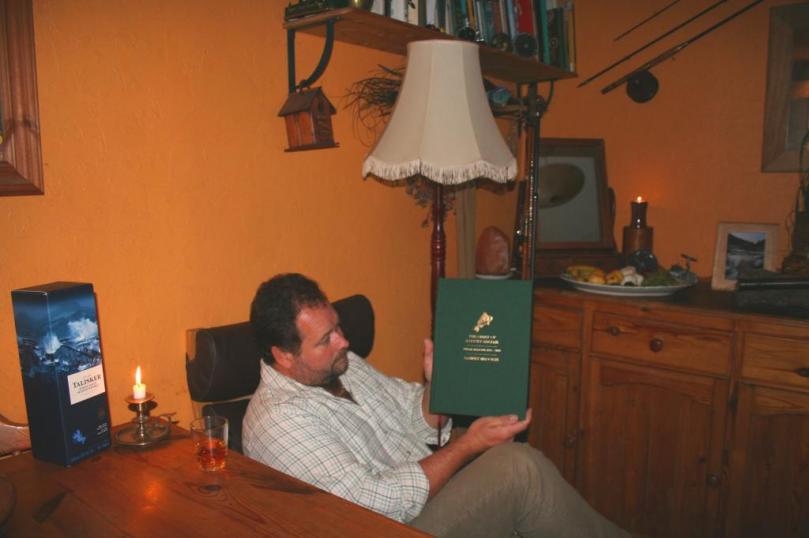 Bob's book was a lovely read.

Last year Bob was kind enough to loan me a copy of his book to read and as so few were printed we arranged to meet up rather than risk any postal service. Bob had gained access to the British Carp Study Group shortly before so handed me the book over at one of my monthly meetings then when it came to handing it back I suggested him joining me for an afternoon on the River Derwent as it was a river he had not previously fished.

Anyway, I seem to be taking forever to get around to earlier this week. Bob had been promising to share some of his River Trent fishing with me. Now I grew up on the Trent but many miles upstream of where Bob does a lot of his angling, so it was all going to be very new to me. As both Bob and myself love the excuse to get the old traditional gear out whenever it seems right for such gear, the suggestion of a pin and cane day seemed to be the obvious route for us.

So, despite talking about it for ages, our pin and cane day on the Trent finally arrived. This was going to be a bit of a novelty for me as my local stretches of the Trent you really struggle to be able to get away with using cane. I certainly don’t want to be casting 5oz plus on any of mine.

I eventually arrived in the sleepy village where Bob had suggested we meet, naturally of course in the time honoured local pub car park. The final mile was down tiny and seemingly forgotten roads and past beautiful traditional buildings, before arriving at the car park. Yes, we were that eager to get to the river at lunch time that we never even crossed the threshold of the pub.

It was a good stomp across the field before I caught my first proper sight of the Trent, but this was not a River Trent that I was used to seeing and Bob very much summed it up with his comment…

“It’s more like the Wye here than the Trent”.

Much of the water looked only inches deep with long gravel runs and lots of streamer weed clearly visible. I was going to enjoy this. Then again, had you plonked me on a canal in the middle of a city I would have found something to be enthralled by.

Bob, being the perfect gentleman refused to fish until I had caught so we both silently pulled a chair up in a rather small and intimate type swim whilst I threaded my B James Richard Walker Mk4 up. I had run out of time to change lines, usually I fish a Speedia centrepin  on this but the line on my Speedia seemed a little heavy for what I was going to do, so I married the Mk4 up with a modern centrepin, an Okuma Sheffield that I tend to use for my chub fishing/roving in the winter. In fact the method I employed was very much like my normal chubbing method, a simple fixed paternoster with no rig bits other than a hook, swan shot and plasticine. Bob had kindly pointed out that the fish in this swim tended to sit tight under the nearside overhanging trees so a bait cast out and trundled back round and under the trees was going to be a good bet.

Whilst tying my rig and showing Bob a clever little twisted knot boom I use (it’s nice to give and take information) I realised I had left my paste hooks in another bag back in the Land Rover. To be fair, I hadn’t expected to be bouncing baits around on the Trent, On most of my local stretches as soon as the bait moves a snag seemingly grabs the end tackle.

Not worrying too much I tied on a much smaller hook than I would usually use for paste reasoning at the ranges I would be fishing I could easily strike the hook through the Questrami paste. WRONG!

Three bites later, Bob offered one of his hooks. Now these were much thicker in the wire than I like to use for paste fishing, but they had to be worth a go and being barbless they should penetrate easily anyway. A couple more missed bites and I was starting to feel a tad embarrassed but it did give us plenty to laugh about, I’m the first one to take the Michael out of myself without needing anyone else to start.

I really should have trudged back to the Land Rover for my favoured hooks, but I was having fun getting a few pulls anyway and it didn’t seem to matter too much at the time.

After some marvellous Glenda made cream and jam sponge cake, we both dropped down a swim. Bob still refused to set any tackle up. Now this swim had a branch running out into the river lever with the surface. I had added a third SSG shot to my set up by this stage and managed to revolve the pin and drop my Questrami paste right on the end of this branch, then letting the current take a little more line I tightened and swung my bait under the branches.

Bang! An immediate and rather vicious barbel bite before I’d introduced any free bait and I had again missed it. Obviously I blamed Bob’s thick wired hooks! 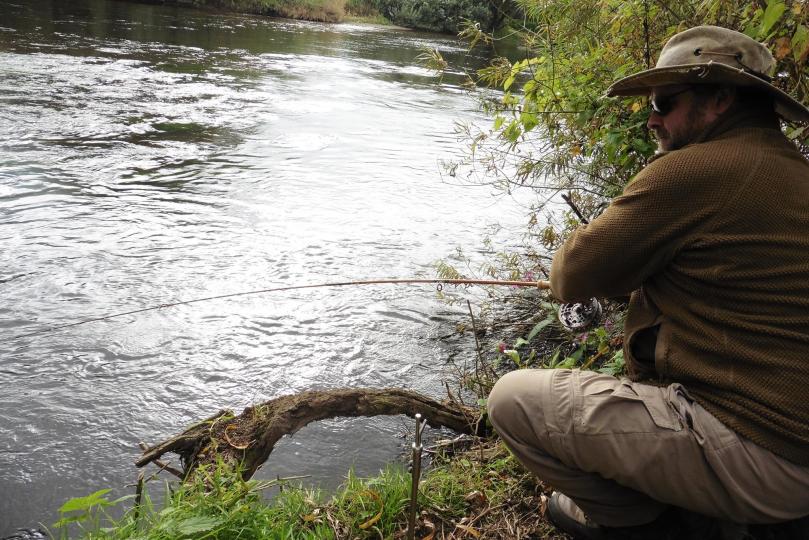 Next cast and I connected as the Mk4 bent more than it ever should, in fact it was bent so far the tip was totally straight as I hung on trying not to let the barbel go too far. The drum of the pin repeatedly slipped from under my finger pressure, much to Bob’s delight and eventually I netted a small but perfectly formed barbel. The fight had been incredible considering its size and confirmed to me that a Richard walker Mk4 cane doesn’t really have the back bone for a serious sized Trent barbel. It had been terrific fun though as was the second barbel I landed. So, with 2 barbel under my belt and  the next round of cake consumed – this time a lovely ginger number by top cake maker Glenda, Bob suggested dropping into a slightly larger swim downstream where we could both dangle a line.

So, back up the steep bank, turn right and Bob managed to get us lost on his local river! It was rather overgrown with Balsam Poplar and nettles to be fair but eventually we found ourselves in yet another delightful swim where Bob finally started to set his own gear up. He fished ¾ across this rather narrow stretch whilst I sat below (only feet apart) opting again to swing a bait under the downstream bushes. This was a bit more of a tricky cast with the pin and I seriously considered getting a fixed spool out but managed on my second cast to get it far enough to be able to swing it back in silently to where I hoped a barbel would live. 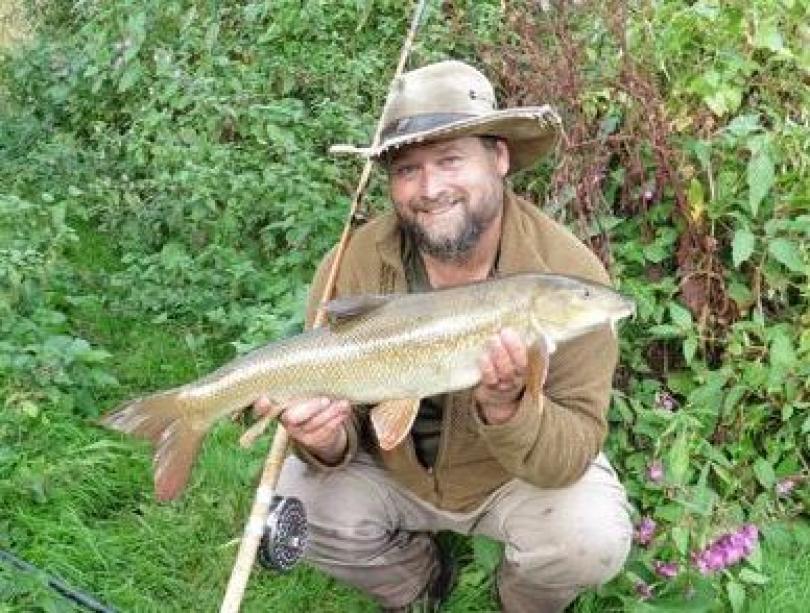 Great fun on the soft cane.

Bob had just made his first cast when my rod signalled a small chub type rap which the resulting strike met with a load of line being stripped from me. This was clearly a better fish and once again the Mk4 seemed a little light for the Trent and I commented to Bob that it seemed to have the action of a hose pipe! Now I know that is totally unfair and I love my MK4’s but the barbel took a lot longer than it should have done to subdue. Now I don’t like to play them too long as often barbel have a job getting their breath back.

Eventually though we were looking at a fish on the mat which was probably around 7-8lb. I saw little point in putting it through the extra ordeal of being weighed and was delighted to see it was more than ready to swim off anyway without the usual nursing back to life after a long scrap.

Next it was Bob’s turn. Well, for a few seconds it was Bob’s turn. I said straight away that it looked a much better fish just as his rod tip sprung back and the hook had pulled. Most unusual to pull out of barbel yet it was the second one in the past week that he had pulled out of. 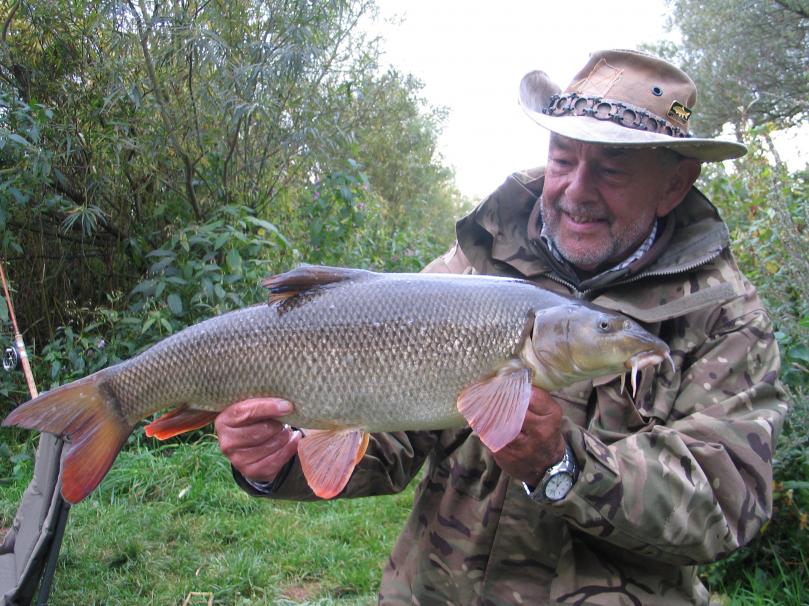 Soon it was Bob's turn

He soon made amends though with a 9 plus but then went on to pull out of yet another barbel but that is very much Bob’s story to tell. Or if you want the short version, someone had recently recommended these hooks to him and after 2 trips and 3 lost fish, I don’t think he will be using them a lot more.

Well, we started angling around mid day, packed up at 5.30 and managed to hook 6 barbel between us and both showed each other how things can go wrong, much to the delight of each other. I seem to have spent 5 ½ hours almost constantly smiling and laughing so for that alone I thank you so much Bob.

No monsters but such an enjoyable afternoon back to basics but still learning. We must do it again some time.