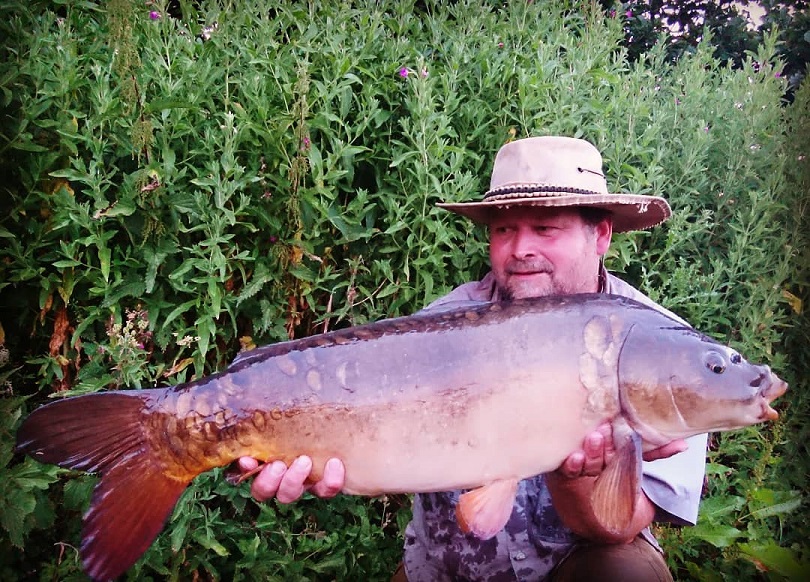 One from a couple of days ago during a short 2 hour session. There is obviously no need to speed this bait up.

It all started a few weeks back during a guest session on a lake where I was being hammered by the birds. Swans, coots, tufties and mallards were constantly picking my hook baits up. I had been trying to fish in the way that had been so productive for me on so many other lakes over the past couple of years. Two parts Rahja Spice boilies with one part Questrami and one part Spicy Spirulina mixed in. These then had 175 ml of water and 25 ml of glug added per kilo. 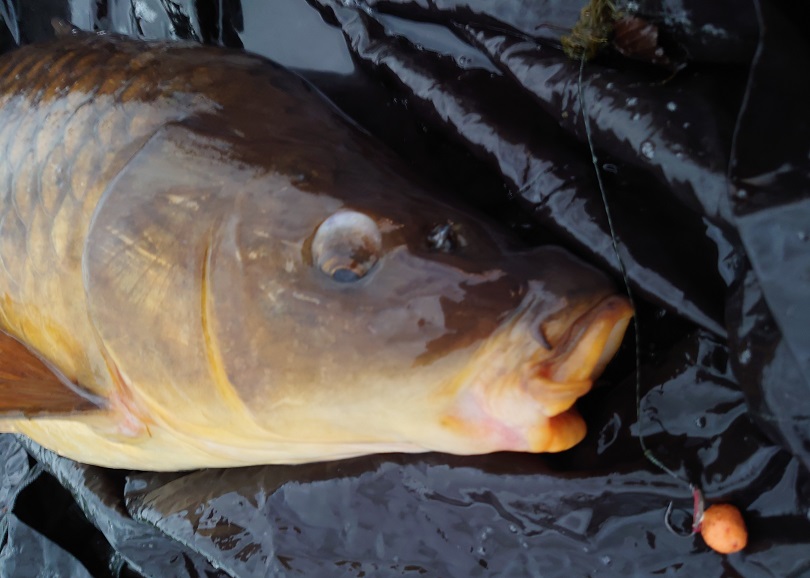 I found myself picking the Spicy Spirulina's out of my usual blend.

It became futile trying to put any bait out as the birds were on me in the shallow water straight away. In the end I found myself picking out the dull olive green Spicy Spirulina baits from the blend and only feeding those with the same on the hair. This seemed to do the trick and slowed the birds down which showed to me at least that they were very much dependent upon sight feeding as the baits I was now feeding very much blended in with the weed on the bottom. Finally I felt as though I was angling and finally I started to get action from the carp on a day when nothing had been happening for the anglers I’d seen.

Obviously I only had a quarter of the bait I had taken with me to get me through the session with stopping feeding the Rahja and the Questrami and soon I was down to my last Spicy Spirulina stringer. It produced another carp. No big deal as I always carry emergency bags of bait in the car so it was a quick trip back to the car park for a bag of the Spirulina’s. Okay, they hadn’t had a drink but there was no way I dare fire any other coloured bait into the swim as the birds had decided to terrorise others elsewhere and I certainly didn’t want them back. 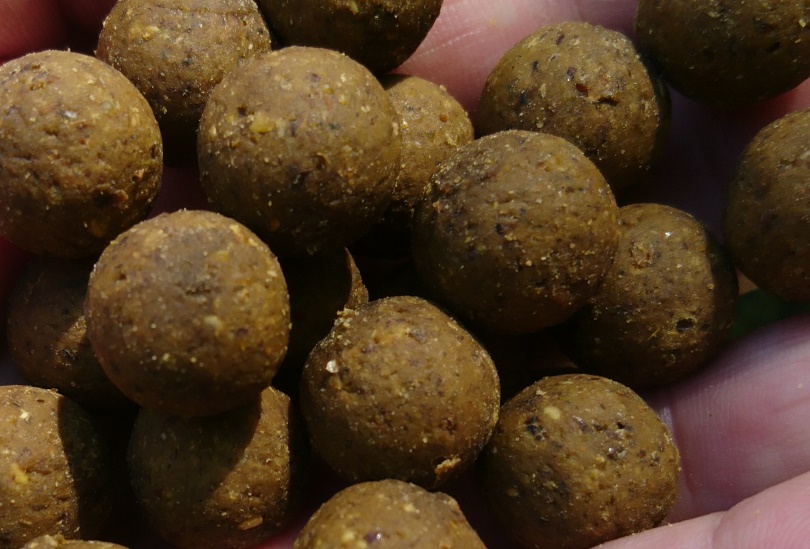 I continued to catch with baits straight out the bag.

Well, I continued to catch on the baits straight out of the bag with the hook bait being my normal preferred bottom bait. After all every safe bait the carp have ever picked up has been a standard bottom bait.

With that session over and the locals seemingly rather surprised by how many fish we had caught including personal bests for both of us. I had shared some of my bait eventually and straight after casting a Spirulina bait out, James who had invited me was into his personal best U.K. common.

Now this got me thinking and because this had been a mid-week session I had gone out of routine with my bait prep’ so decided my next session just a day later to fish with the Spirulina on its own straight out the bag again. After all this bait is soft anyway and starts to work much quicker than some of the baits with tougher skins. As I said above I guess it’s just habit forming me keep adding liquids.

This next session I landed one of the largest fish in the pit, certainly the largest of a particular strain. Yes, on a Spicy Spirulina bottom bait straight out the bag. 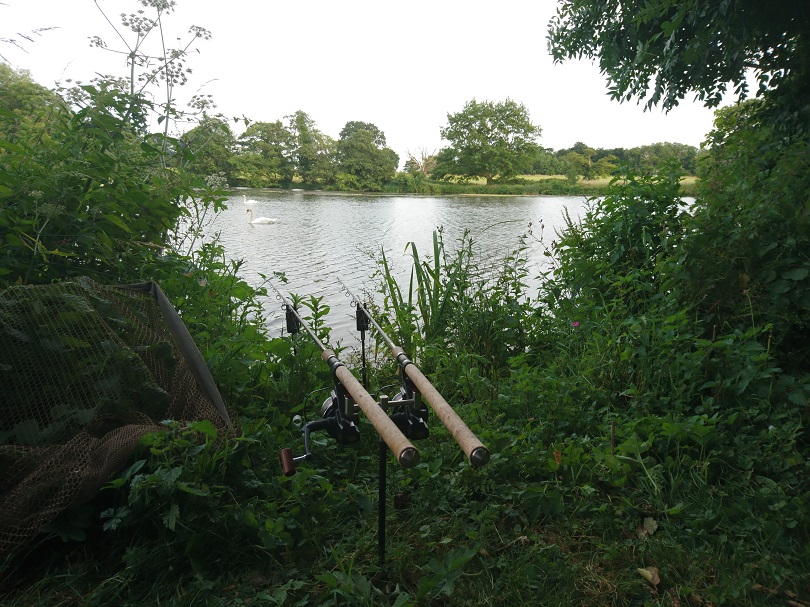 It has worked straight out the bag from 5 totally different types of venue in 5 trips.

I won’t continue to bore but this has been ongoing since and as you will all be aware these weather conditions have hardly been conducive to catching carp on the bottom. This is evident by how clear a lot of the waters have become with the fish hardly digging and rooting around. Five waters on the trot and decent captures from each.

So, if you are getting plagued by the birdlife, and your usual baits aren’t working in these rather warm water conditions, would it be wrong of me to say try a bag of the Spicy Spirulina’s. They have certainly opened my eyes up further still and will be all that I pack for my next trip. 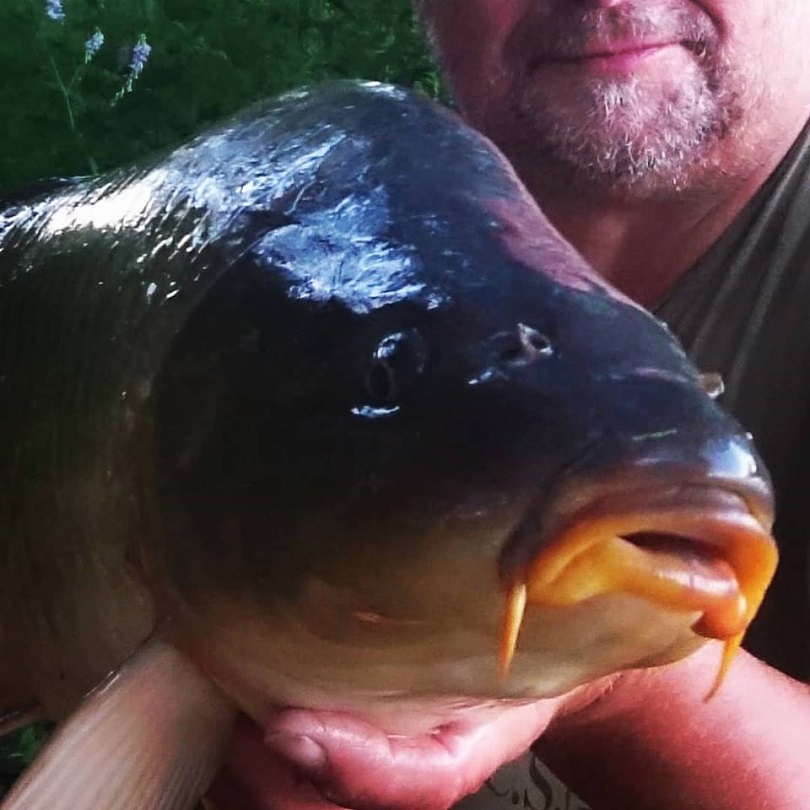 A few had gone past those lips a couple of weeks back and the hook bait followed.

Yes it’s an advertorial, but as always, all I ever want to do is help others enjoy this pastime as much as I do. People say there is far more to it than catching fish which I totally agree with. But, I definitely get a bigger kick when I do well catching fish in difficult conditions. I can still enjoy all the rest of it and even more so.