The Absolute Seafood came about from my want of a good fishy type bait in the Quest Baits range but not containing much in the way of bulk oils and fat. I wanted a bait that would leak out its attraction quickly and would be very easy for the fish to digest particularly during the cold winter months when the metabolism of our cold blooded fish is at an all time low. Remember that the quicker the fish digest their food the quicker then need to start to feed again. This is never more important to us ‘the angler’ than during the long difficult periods of winter. 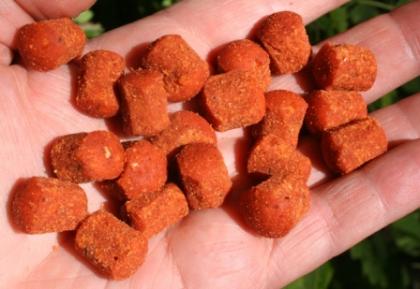 Now although I had put this bait together with carp in mind, as soon as Ron Key saw this bait he commented that it looked, smelt and tasted spot on for barbel but it wasn’t until February 2013 that he finally got around to trying it. 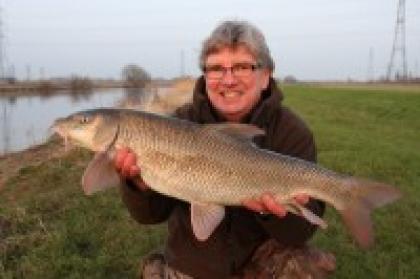 Now what a first time trial that one was for him as during a 4 hour afternoon session  he was successful in landing 6 barbel to 11 lb 4 oz from the River Trent. Now this would have been a great result during the warmer weather but in February it showed the bait to be quite outstanding, particularly when you consider the four other barbel anglers fishing the stretch that day had all blanked completely – they never even had a bite!

Obviously this bait soon joined my other all time favourite barbel baits the Special Crab and the Rahja Spice and  was promoted to part of my own personal barbel armoury. As many will know I decided to take a step aside from my usual carp angling this year whilst I targeted the local barbel. I had promised myself a summer barbel fishing for several years and finally this year I have done it. 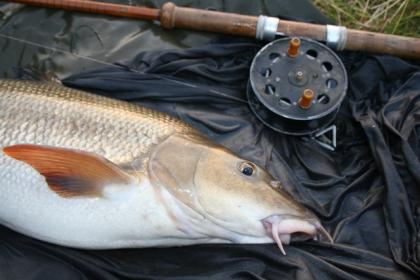 I had promised myself a summer barbel angling.

It has been interesting how the season has progressed. For most of the time I have been using two rods and purposely using different hook baits on each. The season kicked off and the Rahja Spice was producing the most fish for me but soon the Special Crab came into its own during those long hot and low water conditions of the summer. I must admit I had been fishing with mostly the Rahja and Special Crab but once more of the takes started to come on the Crab I dropped the Rahja as hook bait but kept it in my feeder mix as I will be back on it once the temperatures plummet this winter. 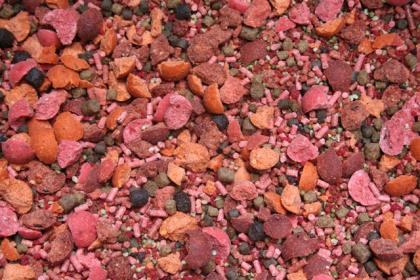 I am still using the Rahja Spice in my feeder mix ready for winter.

This will mean that the barbel will have eaten plenty but not been hooked so really I have been baiting up all summer with it. With the Rahja dropped I brought in the Absolute Seafood hook baits for the other rod and for a while I seemed to be getting an equal amount of barbel on both the Special Crab and the Absolute Seafood, it didn’t seem to matter which I had on as hook bait but then the Absolute Seafood started to produce a few more bites as the nights have started to become longer and the temperatures starting to fall. 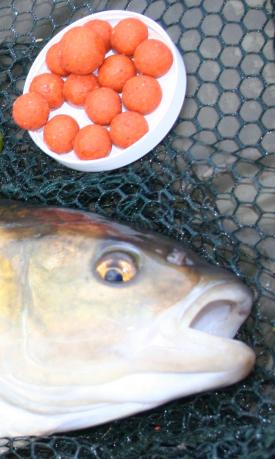 The Chub are quite partial to Absolute Seafood too.

I resurrected a few more Special Crab takes by Glugging them in the Absolute Seafood Glug. I am on the verge of my 20th double figure barbel this season whilst tapping these words out and these have all come on just short  2 – 3 hour sessions and mostly after work. The last 6 doubles have all fallen to the Absolute Seafood and I am obviously absolutely delighted how quickly this bait has established itself and become one of my main personal barbel baits so quickly.  Usually I take a while to push my well tried and tested baits aside but here I am only 12 months since first deciding to release it for carp (I never tested it for barbel) and I would be happy to leave the door with no other bait in my bag. 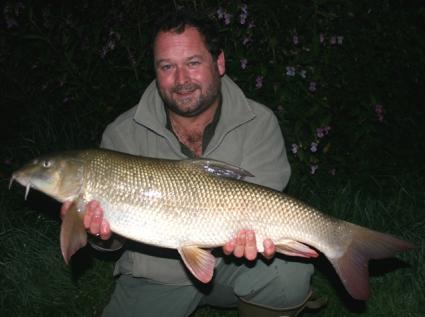 The fact that this bait is so cheap when compared to the Special Crab and the Rahja Spice adds to its appeal no end. Remember everything you buy has already had to be paid for before it can be made.

If you want a bait with instant appeal to the carp and the barbel, a bait that is so much cheaper than many other boilies out there and one that the fish will continue to find attractive during the colder months, as well as being able to digest it easily so they are feeding again the next time you go, then I can’t recommend the Absolute Seafood enough.

I know myself after a gruelling session I would happily give someone £8.99 for a kilo bag for a bite!