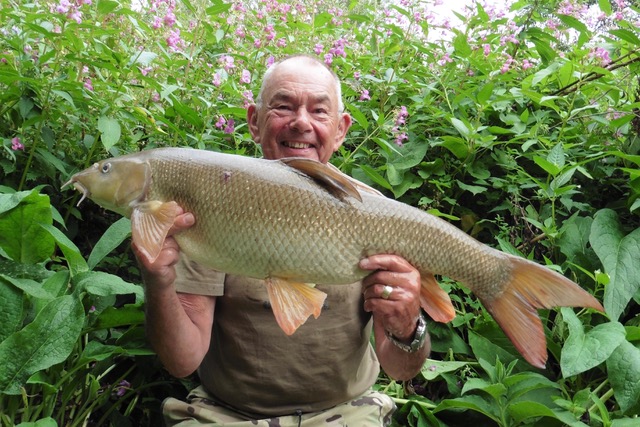 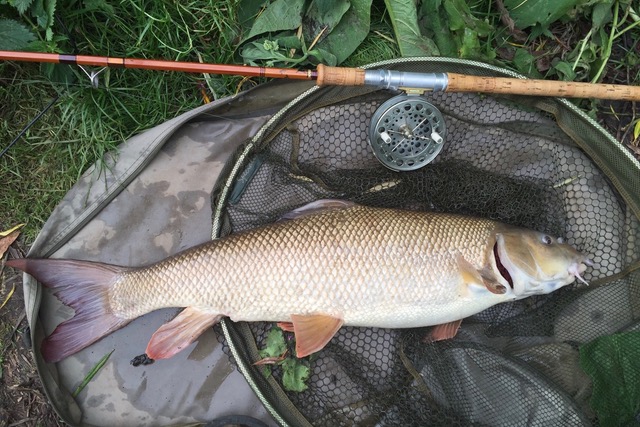 14.02 landed on the traditional tackle I prefer to use.

The last time I wrote about my adventures with Questrami was back in the summer when the story was about catching 14 barbel, including 4 doubles, during a red hot sunny day in August this year. After then I continued to fish for barbel but moved to my autumn stretch, again on the middle Trent. The stretch I was concentrating on was an area from where I had caught my personal best barbel, a stunner of 15.02 in 2014, which I recaptured 12 months later at an ounce lighter. It is also where I saw an otter with an enormous barbel in its maw, which may well have been the same fish. Who knows, maybe the stretch was now devoid of barbel and not worth targeting! Undaunted, I decided to have a campaign there, again using Questrami boilies and paste wrap. 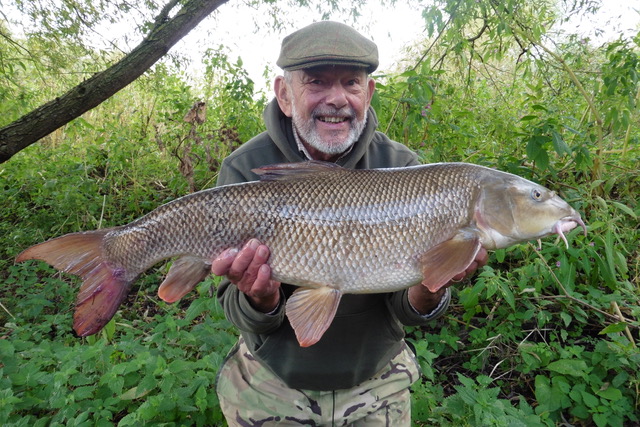 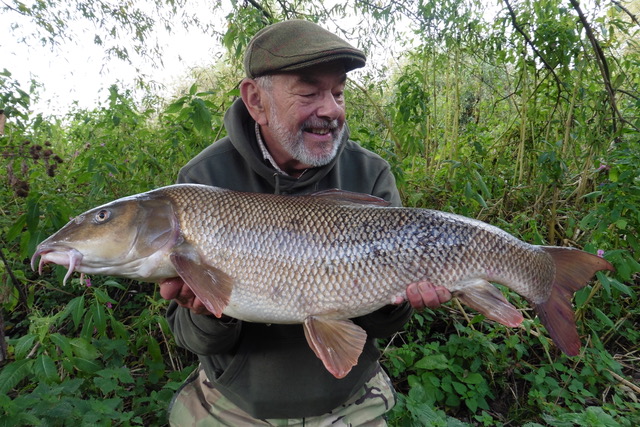 Landed on traditional tackle too.

This bad boy turned up at lunchtime and from the off I realised it was something very special. It was a joy to play on the old Sharpe’s cane rod and Mill Tackle Barbus centrepin reel. I phoned my son, Stuart, and he came from his work to take the photographs. The fish looked like it had been around a while but it was an unknown fished to us. 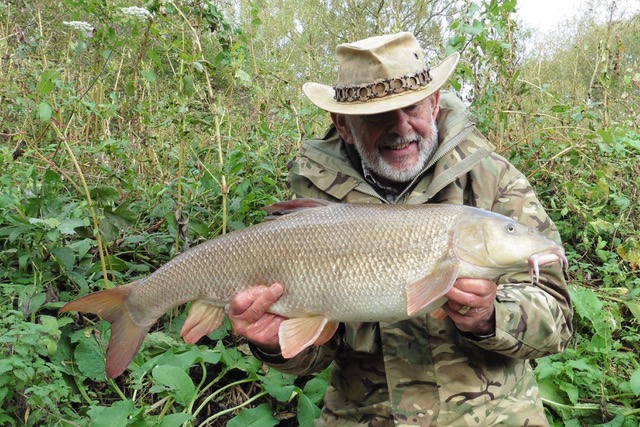 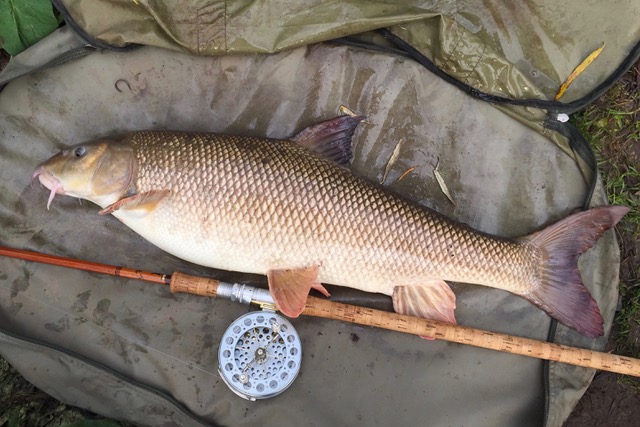 Another cracking barbel on the Questrami that I am sure is capable of growing to well over 15 lb before the end of the season. I would like to be there when it does! 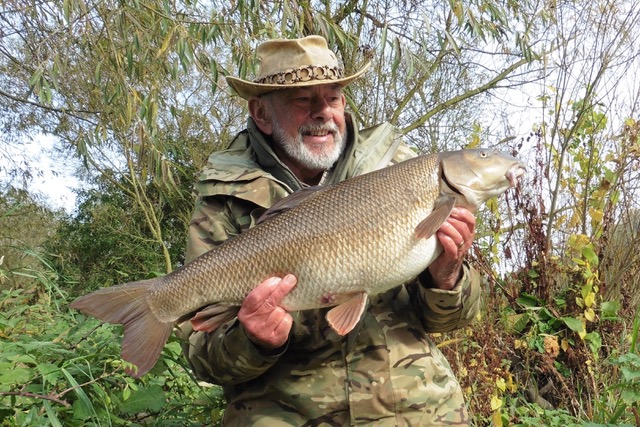 Celebrating Halloween with a 13.14 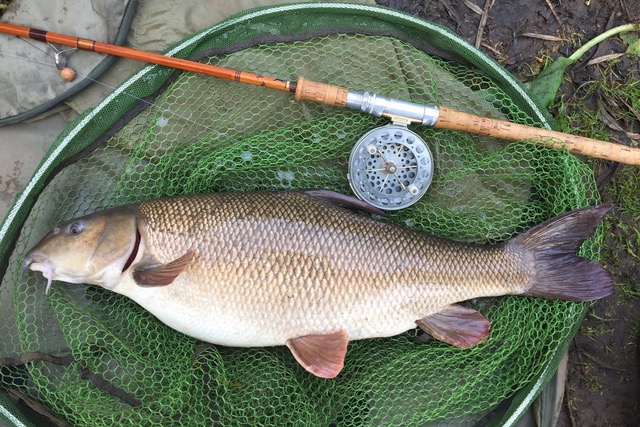 As fat as they come!

This monster barbel from the river Trent and was a stunning way to celebrate Halloween. It must be the fattest barbel I have ever caught and was in stunning condition. I am not sure that it is
capable of gaining much more weight without exploding!

Apart from these 4 fish there were many more 11 and 12 pound barbel, in fact the percentage of big barbel was exceptionally high. To me it seems that Questrami is a particularly good attractant for the larger barbel. I wonder if others have found that to be the case too?