Home Blogs British record Carp – How things have moved on. 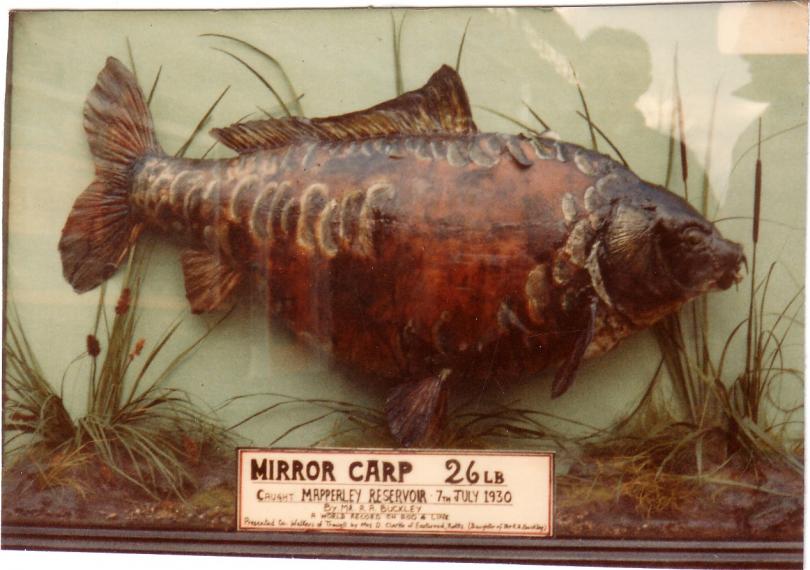 The previous record – the magnificent ‘Clarrisa’ or ‘Ravioli’ which was Richard Walker’s name for his fish was never returned to Redmire but put into an aquarium at London Zoo. Not a nice situation for a 44lb common that lead a charmed life growing in the rich tranquil surroundings of Bernithan Court (Redmire). Clarrisa was around 26lb by the time she died.

The previous record of 31lb 8oz by Bob Richards (the second angler to catch 2 x 30′s) was gaffed and set up.

I was fishing waters in the 70′s and the 80′s where it would be printed on your ticket the size of the fish you were allowed to take away – in fact it used to be on the rod licence too.

This is all part of our angling history and shows just how much has been achieved in regards to anglers looking after their quarry in more recent times and the fact that people are upset by fish being set-up is great.

It isn’t so long ago when told of decent pike getting caught my first question was always ‘Was it returned’? Yet these days it hardly enters our heads that they might not have been.