This last weekend saw me pointing the Land Rover bonnet east for a change, well at least we travelled east for around 30 miles, before dropping south down the A1 and then a little further east before ending up at East Delph Lakes. It is always nice visiting venues for the first time, so much more to think about in planning the trip. This one was no exception as I had been asked to attend a Phoenix Heroes event. 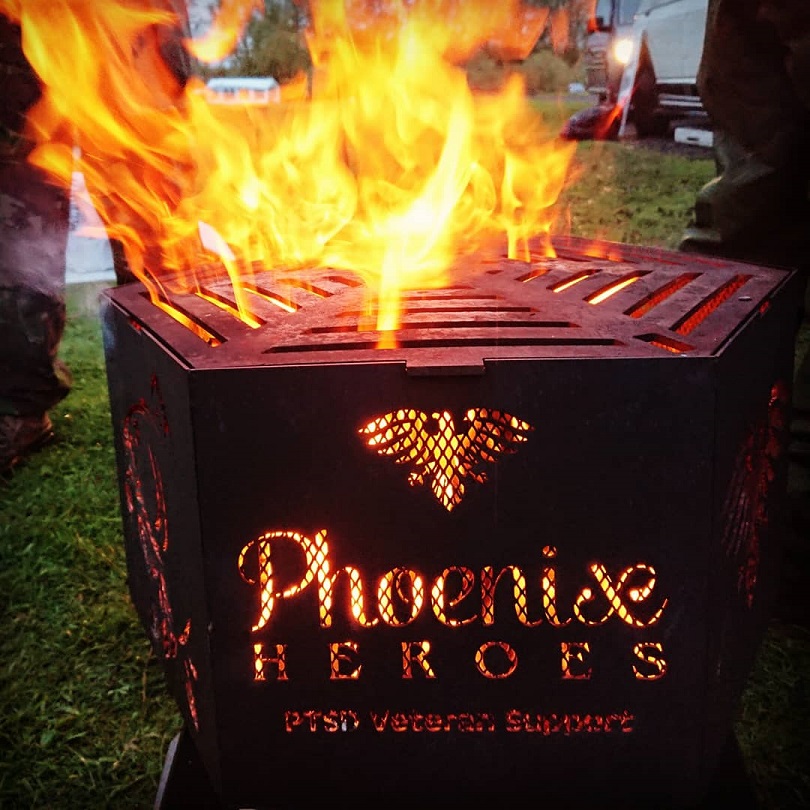 Having now seen just a fraction of the great work they have done supporting veterans with P.T.S.D. as well as their families and those sadly left behind when the P.T.S.D. has become too much to cope with, I was more than willing to give up my time this weekend to help.

It wasn’t until a couple of days before the trip that Gary Stockton the main man behind it all, pointed out that he actually wanted me to fish. So, it was a quick read of the rules, a look on You Tube for an idea of where I was going and a shuffle around of gear. 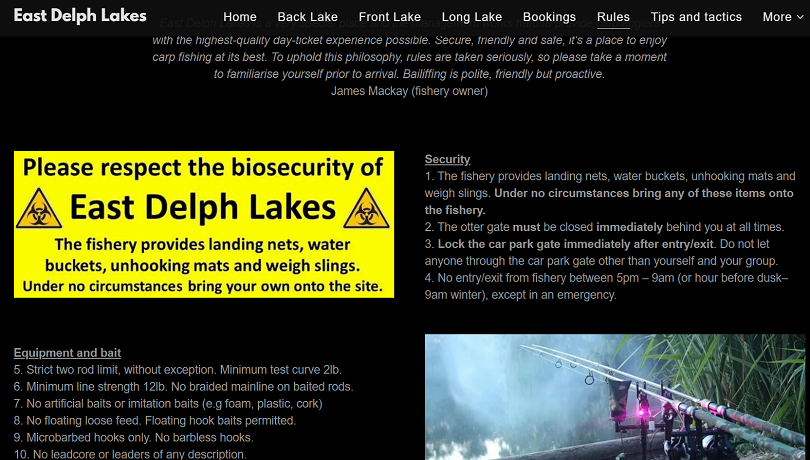 I pulled into the car park at the allotted time, albeit last in the queue due to a massive traffic jam outside Nottingham and then a railway barrier that dropped 3 times before I managed to pass through.

Hey ho, I was there and humbly walked into the gathered crowd of true heroes.

We were given a prep’ talk in the car park by the venue owner James, then lead up the short slope to the ‘Top Lake’ and into paradise where Gary Stockton then addressed us with further information. Here I found I was to be fishing a match. Now anyone that knows me will know I do not have a competitive bone in my body. I fish for pure enjoyment and many of the things I do I know cost me fish. The old saying of ‘there is more to fishing than catching fish’ is very much the case with me.

So, true to form, after setting up my shelter (rain seemed ominous), I went for a walk around the two lakes to introduce myself and get to meet these incredibly special guests on a one to one. We even had a 3-generation scenario going on with a grandfather, father and son (who was celebrating a birthday the following day) fishing adjacent to each other.

Well, suffice to say the first carp was landed whilst I was still on my walkabout, before I had even thought about getting back to finish setting up and cast out. I told you I’m not competitive.

Eventually back in my swim I set up a couple of rods with my post spawning method that has been consistent for me on other venues these past few weeks and which I wrote about last month. 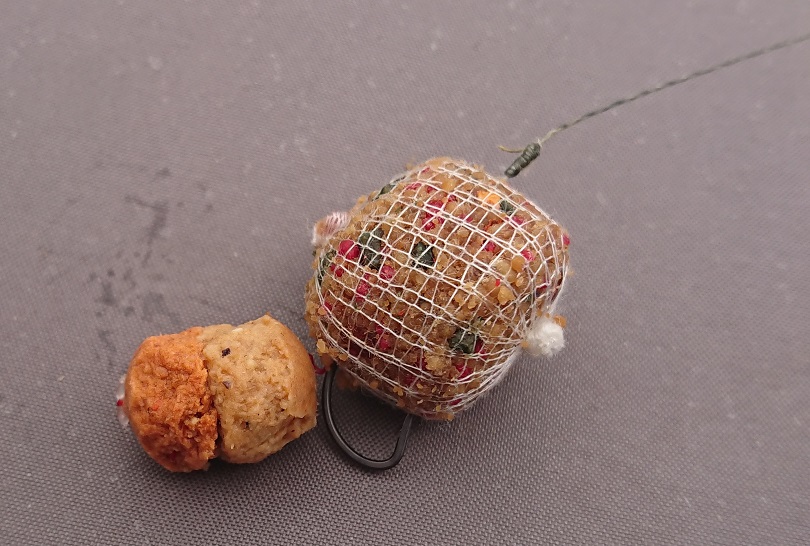 This basically utilises tiny mesh bags of around 16 - 20 mm containing a mix of my Quest Baits Microfeed with some added ‘Overcoat’. In this instance it was the Rock Pool Rahja one. The Rock Pool Rahja had formed the main base of the stick contents with others added to give differing flecks of colour. Once melted this looks simply like a small pile of spawn and remains that way until eaten. Hook bait was nothing more complicated than half a 15 mm Rock Pool Rahja pop-up and half a bottom bait. I then nibble the edges away to get away from the round shape and to allow the important bits of the bait that are usually sealed inside for the first few hours to start working straight away.

Rig wise I edged my bets with one on my normal combi rig and one on a reverse combi rig. I had decided as usual to start off close and then rely on what I saw before trying a longer line. I quite like the scenario of the quietest bit of water with no line through it being in front of me. Particularly on popular venues.

Well, it wasn’t long before a nice fish had been spotted and a cast was made close to the island and soon it was away. Sadly, it dropped straight off. It had been on the reverse combi-rig and all still looked fine with it so I recast the same rig with a fresh mesh bag. It is all too easy to dismiss something as wrong when there can be so many other governing factors to a quick hook pull.

James the owner was chatting to me during his lap of the lake when the same rod went again and after a spirited fight I found myself with my first ever East Delph scaly mirror in the net. 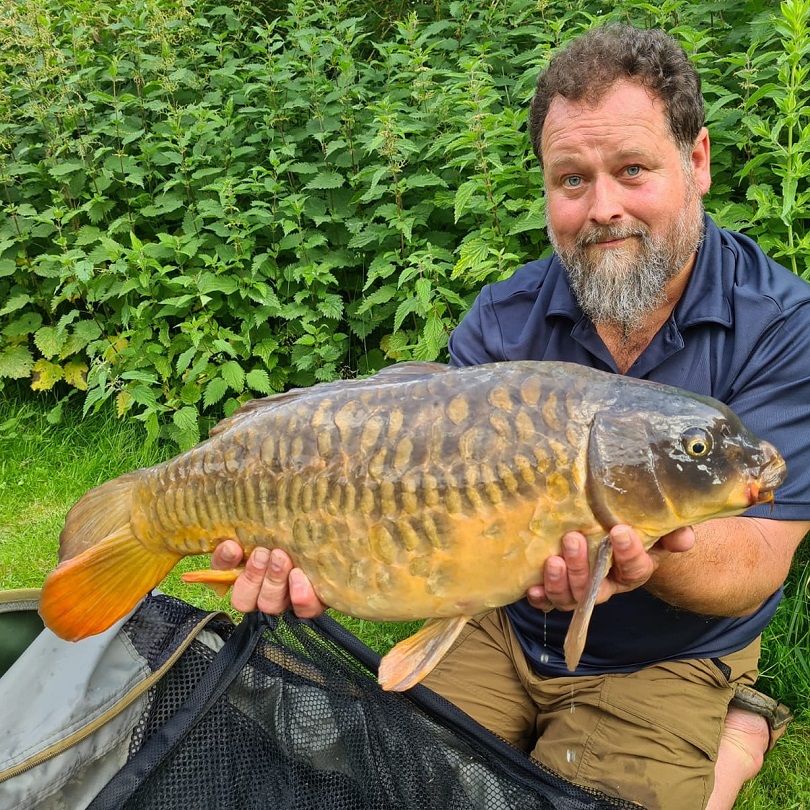 The fishery supplies their own landing nets, weigh slings and un-hooking mats to minimise health risks to their special carp, so I wouldn’t be driving home with smelly bits of kit should I continue to catch.

It wasn’t going to be long before dark and I was quite content with a fish under my belt, so I re-cast much shorter, which seemed to surprise many, particularly after just landing a fish. I had not had a lot of sleep the night before (still like a kid at Xmas when visiting a new venue) so I felt I shouldn’t be casting close to the island for the night. I told you I’m not competitive, but deep down knew it could also do me a favour keeping my lines out the way for the night. Let them feed freely with nothing to spook them.

Saturday dawned, and my Shaun the Sheep indicators hung in the same position as they had been when I closed my eyes. I got up, had a brew and a chat to some of the others before putting a rod back out to the area I had caught the first fish from. Well, the next take came to that same rod again on a reverse combi rig with the stiff section at the hook end.

The E.S. rod doing its bit as I guide another fish to one of the East Delph nets. 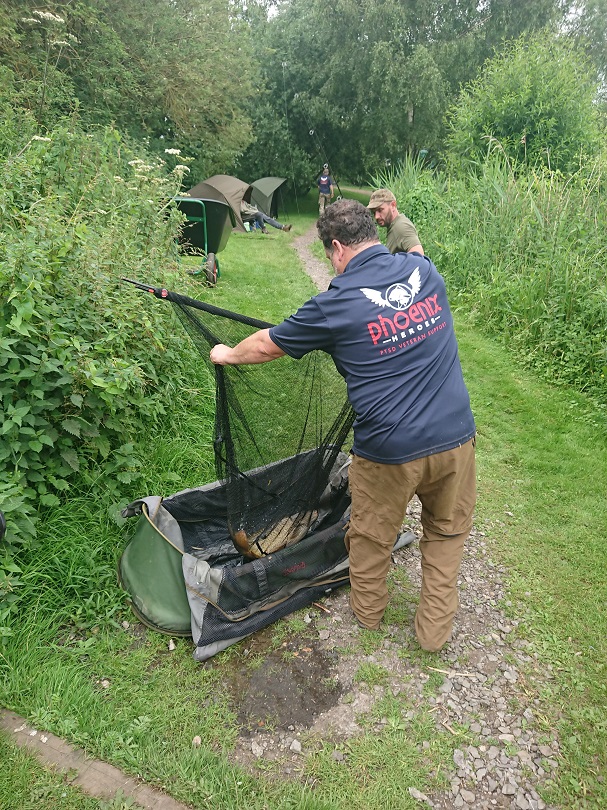 With all the 'wet gear' supplied, my motor would smell sweeter than usual 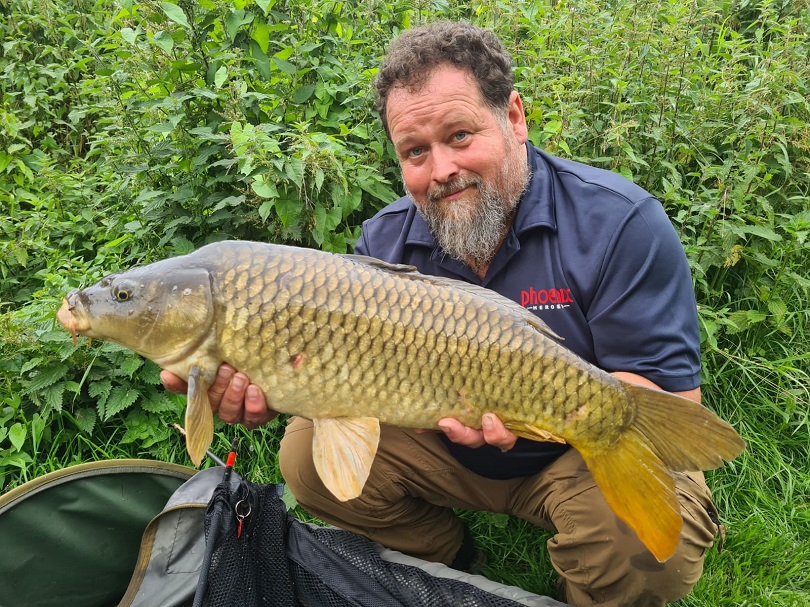 They do like that Microfeed, especially in the small bags.

I like my mesh bag offering to go in easily with one suck. I don’t want the carp digging away to get the hook bait. Why make it difficult for them? Even these tiny bags spread a fair way when the PVA pops.

Not too long after and my largest fish of the trip slipped into the net, this time on the other rod which I had now also changed to a reverse combi after my second fish. 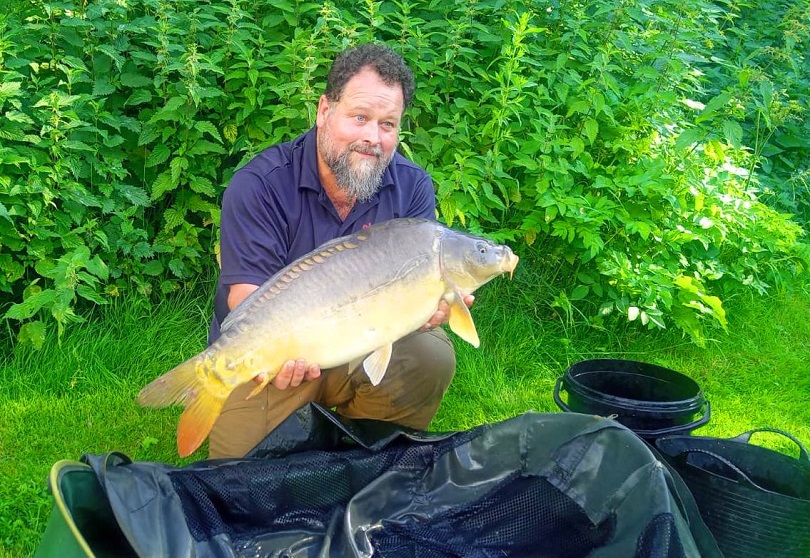 They were getting larger

Saturday night was England versus Ukraine in the UEFA Euro quarter finals, so fishing was again put on the back burner. I was there to enjoy and help wherever I could. Did I mention I’m not competitive in the things I do, but my mind did become competitive wishing England on?

I was born before the 1966 world cup win, but throughout my life there have not been many times I have been able to watch an England team pull out the stops like they have been doing. It was a contented grin that spread across my face before sleep.

All too soon it was Sunday morning pack up and awards time. I sat there taking things in applauding the various award winners for things other than this session and can honestly say hand on heart that I was gobsmacked to find I had come second place on the match spread over the two lakes. 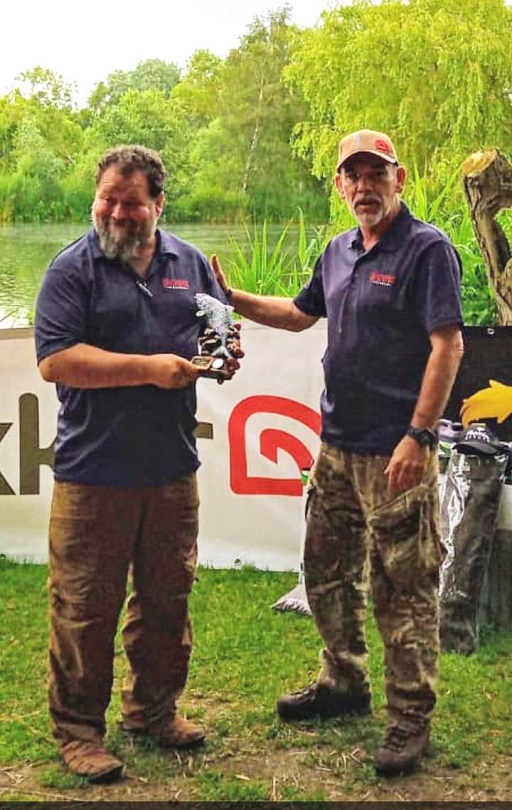 I really had no idea I was even in the running. I graciously accepted a lovely carp trophy, but the various bits of tackle I had won I handed over to 14-year-old birthday boy Riley Webb. It was worth that just to see the smile. 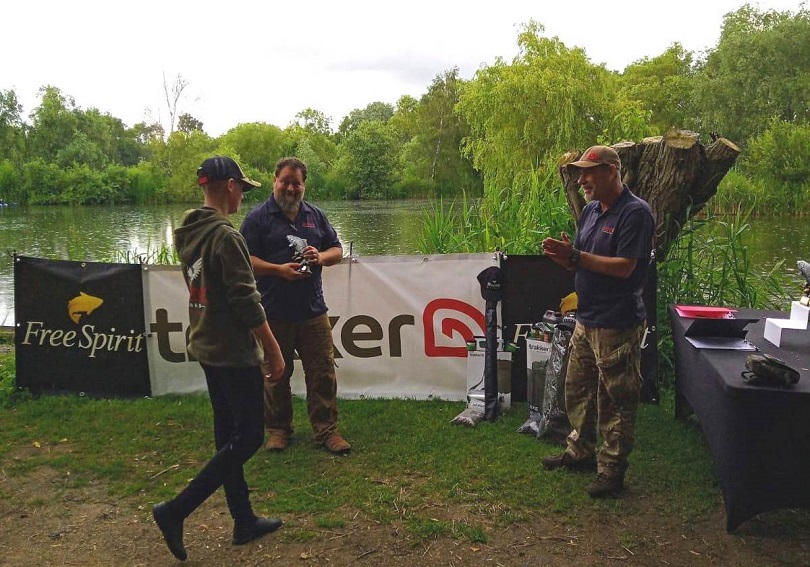 So, what did I think of East Delph Lakes?

I loved them, quiet and picturesque with lots of fish seen cruising around in the warm weather. What more do you need?

You bet I will.