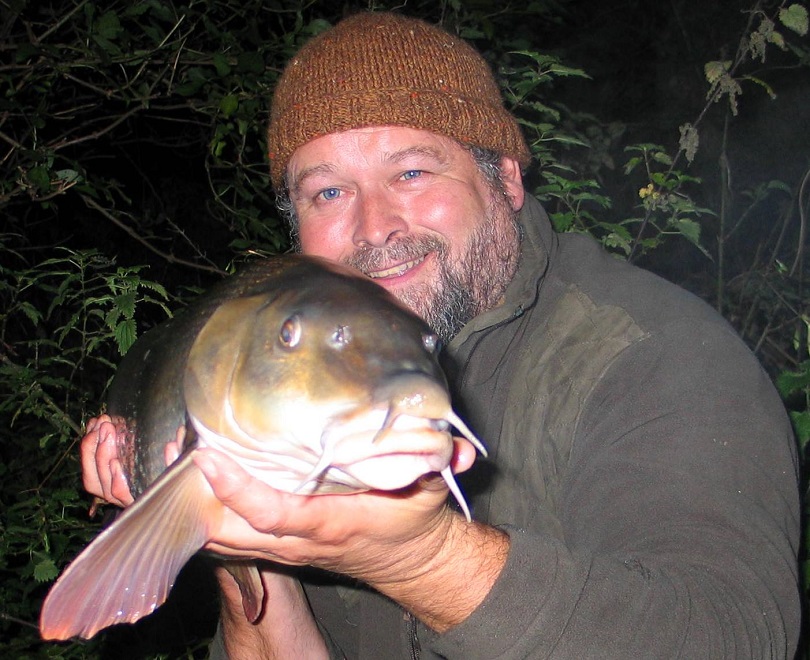 October ended with me landing some nice barbel on my simple Rahja Spice feeder mix as shown in my last blog. Hook links were around 5 ft with a whittled down 15 mm Rahja Spice hook bait, sometimes with a paste wrap and sometimes without.

Now I always used to use 2 rods on the river Trent with the one upstream trickling more bait to the one downstream, or simply fishing a different river line. Last year I mostly stopped using the second rod and can’t say my catches have deteriorated by only using the one. To be honest I seem to have caught more concentrating on just the one rod and it also has the bonus that I can touch leger and be in contact right from the moment the barbel closes its lips and turns away plus I feel when a fish brushes the line and know to leave everything in situ a little longer. 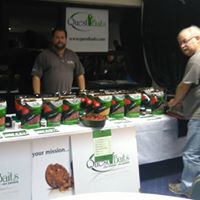 Right at the beginning of the month I displayed our barbel baits at the Nottingham Piscatorial ‘Barbel Show’ and was taken by surprise running out of some of the Questrami products within a few minutes of the doors opening. It was lovely all those who came over to tell me about the fish they had been catching on my baits and also great to meet up with a few old friends too.

As a reward for my 16 plus hour day culminating in the show I decided to take a day off work. Other than a week in Belgium much earlier in the year I’d not taken a day’s break other than week-ends, yet I still felt guilty taking the day but thoroughly enjoyed it. I fished a venue I’d never fished before with mate of 35 years plus, Dave Booth. It was a day only session and I ended up landing 4 carp, whilst Dave had 2 including a stunning linear. Hat’s off to Dave he pointed me to an area he’d caught from before. It was good to sit and catch up whilst sharing a swim. 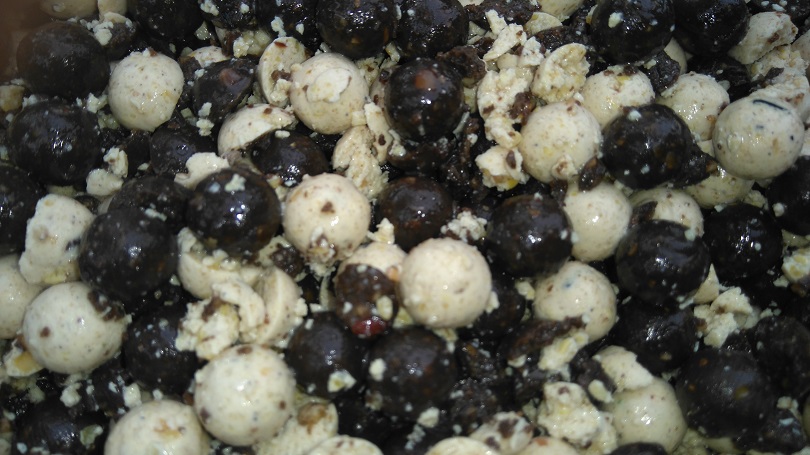 My bait choice had been Magnum Duo that had been left over from a guiding session I’d done the week before and it had soaked up 175 ml of water and 25 ml of Glug per kilo. Nothing complicated at all, a couple of big catapult pouches and a pop up on one rod and a standard bottom bait on the other rod. Both rods produced for me.

Despite really enjoying my day carping, my mind was really still on the barbel and so, after work on Friday I made my way back to the river and after a fair old walk I spotted someone else on the stretch. Now I try and keep out of the way on the river, never trying to bring attention to myself so decided to turn around and head for a different stretch. Little did I know it at the time but that unknown character was to end up doing me a massive favour.

Back in the Land Rover I covered several more miles and found myself on a deserted stretch of river. This would do just nice. One rod, one net, one rod rest, my chair and my bag and I was off. In the swim I made the obligatory 15 casts with my feeder to lay a bit of bait down, then clipped the hook link on and followed it with another cast complete with a hook bait. My short barbel sessions tend to only be for 2-3 hours so I tend not to bait and wait before casting.

I felt really in tune and content with myself as the darkness began to envelope the river. I think I will let my actual diary take over now… 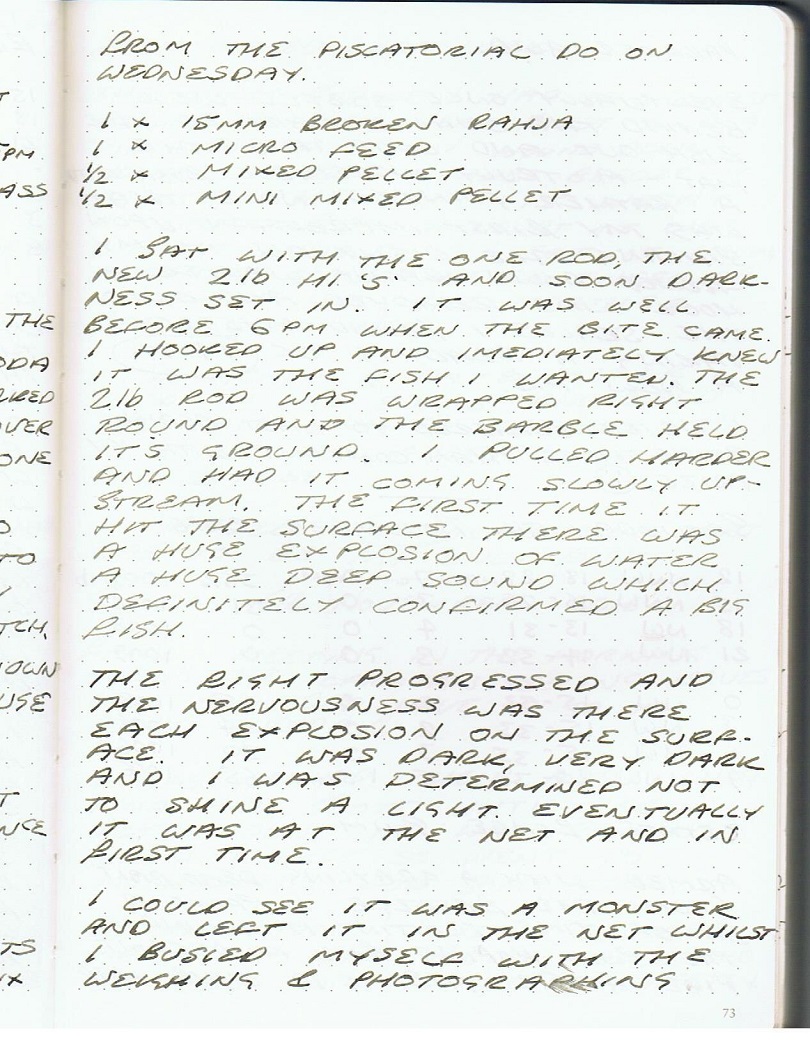 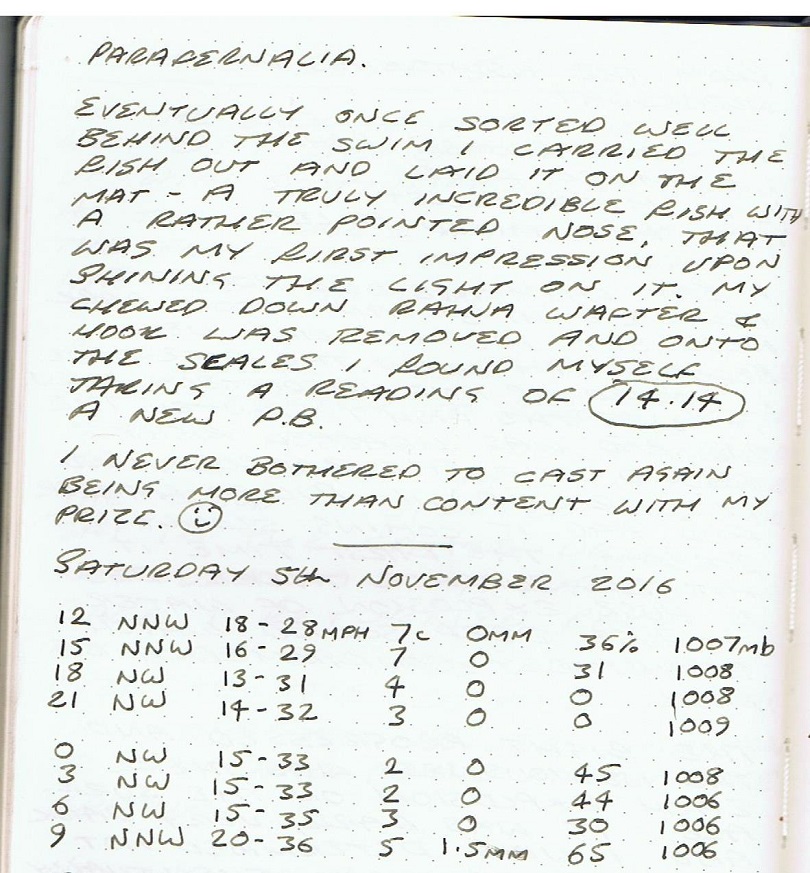 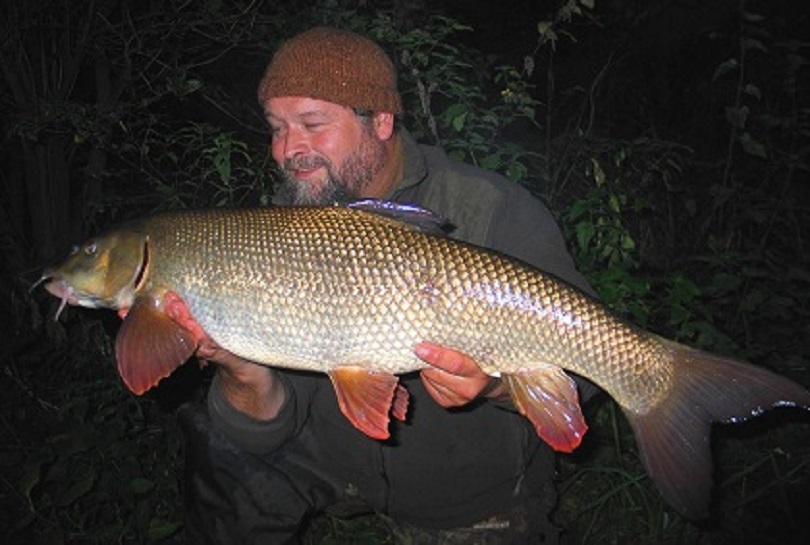 The following day I ventured back to the stretch I was going to fish the previous day, sat through a torrential downpour I’d not expected (I rarely carry an umbrella on the river) but was still rewarded with another double figure barbel. The air temperature was 4 c when I left and for the first time this time around I realised I need to pack some gloves into my kit. 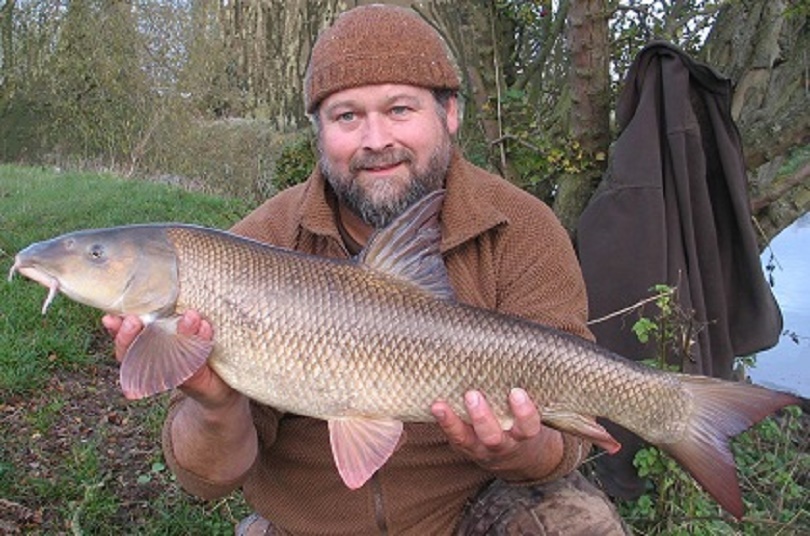 Little did I know but that flurry of double figure barbel action was to be the last of my barbel fishing for a bit as a new syndicate ticket dropped through my door, not a new lake, a really old lake and one I feel so privileged to have been offered a place on. The lake is a nice size but the membership is very small, with a similar amount of swims as there are members, but that is about all I’m able to say about it for although I’m allowed to show captures from there and talk about the angling, I’m limited what I’m allowed to show picture wise and such is the exclusivity, I don’t intend to lose my place.

So, three short day only November session’s have been spent at the ‘Country Retreat’ trying to learn a bit about the place. I was the only one there for two of these sessions which is little surprising as they both coincided with quite heavy overnight frosts, the first few of the year. I found carp and ended up in an eyeball to eyeball situation with one that I failed to trick in the first trip. My second trip I made the mistake of returning to where I’d fished the first time as the conditions were similar but the fish never turned up. My third trip I fished a totally different area, had a couple of liners then found a group of fish sitting up pretty motionless in an area I wouldn’t place a bait for the carp’s welfare. So, I’m still awaiting my first chance from this new hideaway venue but have an awful lot to learn about it and its inhabitants. It is that fresh challenge and new learning curve that fires my enthusiasm. 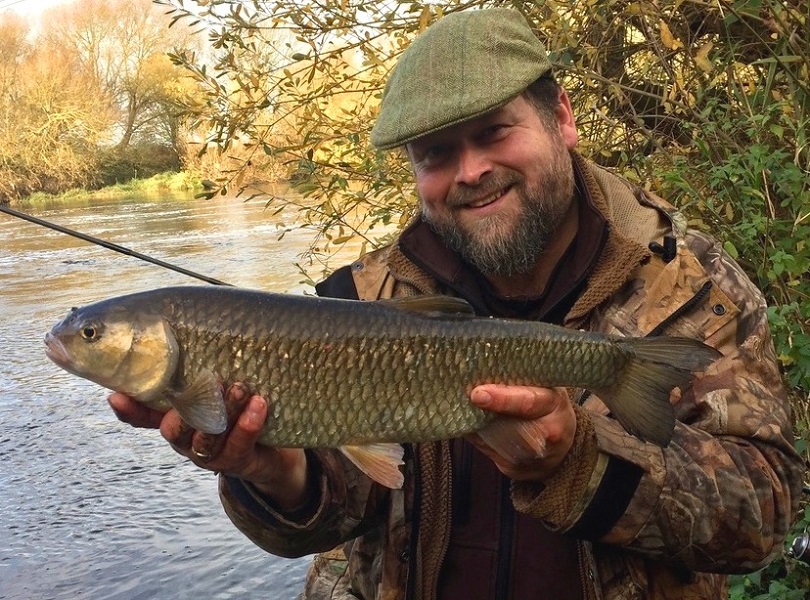 During the summer I’d taken Bob Brookes onto the River Derwent and managed to put him into a swim where he helped himself to a double figure barbel. His first barbel from the Derwent and the return favour fell in awful conditions on the River Trent where he took me as his guest on one of the lovely Nottingham Piscatorial’s stretches. It was the day the mini Tornado ripped through parts of Britain and didn’t we know about it when branches started to break and fly around. We never managed to tempt a barbel between us but the chub saved us from totally motionless rods.

Work party duties on Paradise Pit have interfered a little with my angling time this month, but last weekend on my way home from a work party I managed to grab a couple of hours on the Perch Pit where a lovely mirror reminded me of what I’m missing by doing my bit on work parties and learning about new waters. 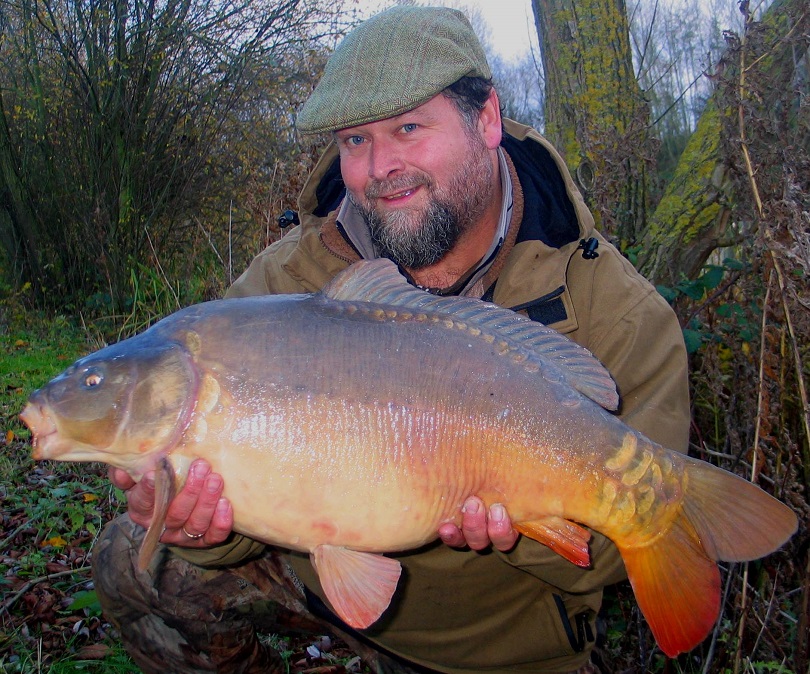 I started November with a lovely barbel and ended the month with a nice carp with a few more fish thrown in between.