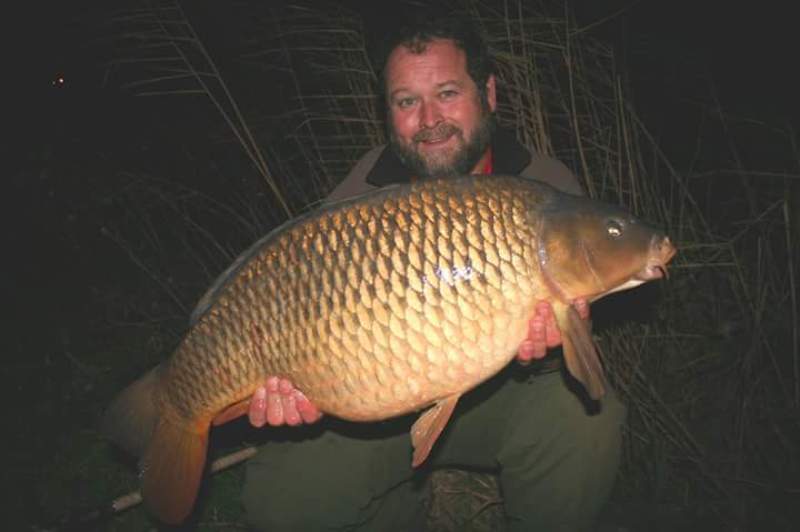 Friday January 1st 2016 – and off the mark with my first carp of the year on the first day of the year, only a double but pleased to get off the mark. It had fallen to a double Fruity Trifle Pimple Pop presentation over a light scattering of broken 10 mm Magnums on my normal home tied combi rig.

Sunday 3rd January 2016
I decided upon a change of scenery and visited another water and my first 20 of the new year fell to my Pimple Pop presentation. 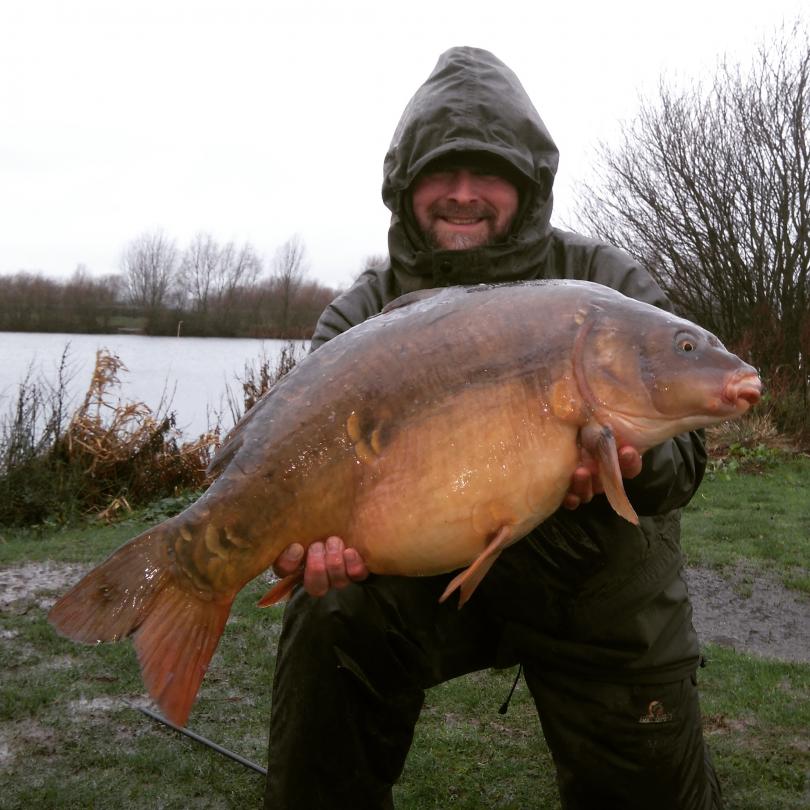 Wet through but happy with my first 20 of the year.

Wednesday 6th January 2016
It was a shock to the system sitting behind a desk all day Monday, Tuesday and Wednesday after the festive break so I treated myself to a after dark, after work, mid week session on my third different venue of the year. I’m glad I did as I tempted another 20 lb plus fish which is a big fish for the venue I visited. This one fell for freshly glugged 10 mm Magnum White’s scattered with the catapult to spread a bit of scent in the area and the hook bait was one of the freebies with a PVA loop of baits around it – my haemorrhoid rig! 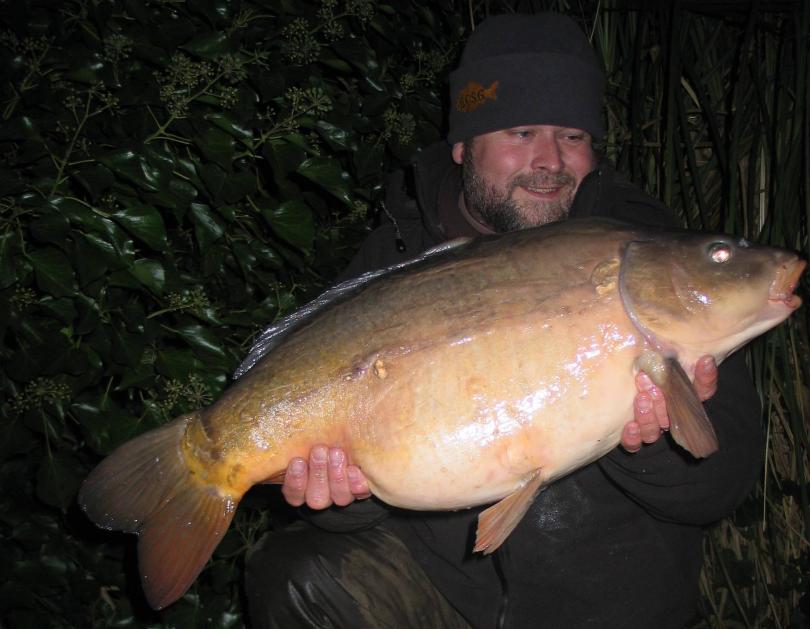 It was worth the effort after work.

So 6 days into the new year and carp had fallen to my rods from 3 different waters, 2016 was continuing how 2015 had finished off.

Friday January 8th 2016
I locked the office mid afternoon so as to be able to sit and watch for signs of fish at my local Pit 2 with the view to making a early morning start the next day and whilst there cast a couple of hook baits out to try and pick up liners, anything to give me a clue for the next day. Suddenly the rod tip whipped around and I was playing my largest carp of the year so far.
Once again, I drove home with a huge smile on my face. 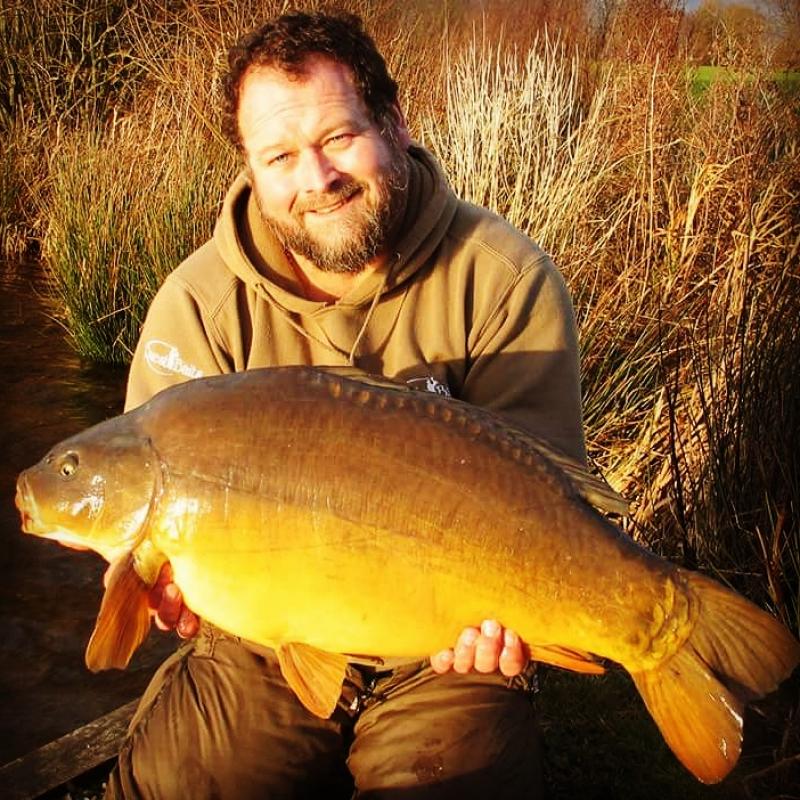 I drove home with another huge smile on my face

Saturday January 9th 2016
Well, it was a no brainer really where to set up after my exploratory trip the day before. I’m glad I made the early morning effort as the Pit became very busy with Spombs sending maggots out here there and everywhere which I found quite amusing as the big winds and big undertow would make it impossible to know where those maggots were ending up before hitting the bottom in the relatively deep pit.

Fortunately I knew exactly where my Spombed Magnum Duo’s were ending up and the carp obviously had no issues finding them as I packed at the end of the day with 5 carp to upper 20’s. I only saw one other fish hooked which was great for my moral. So much written about maggots and so many putting all their faith in maggots, in fact one chap told me half way through the day that the carp were only on maggot! 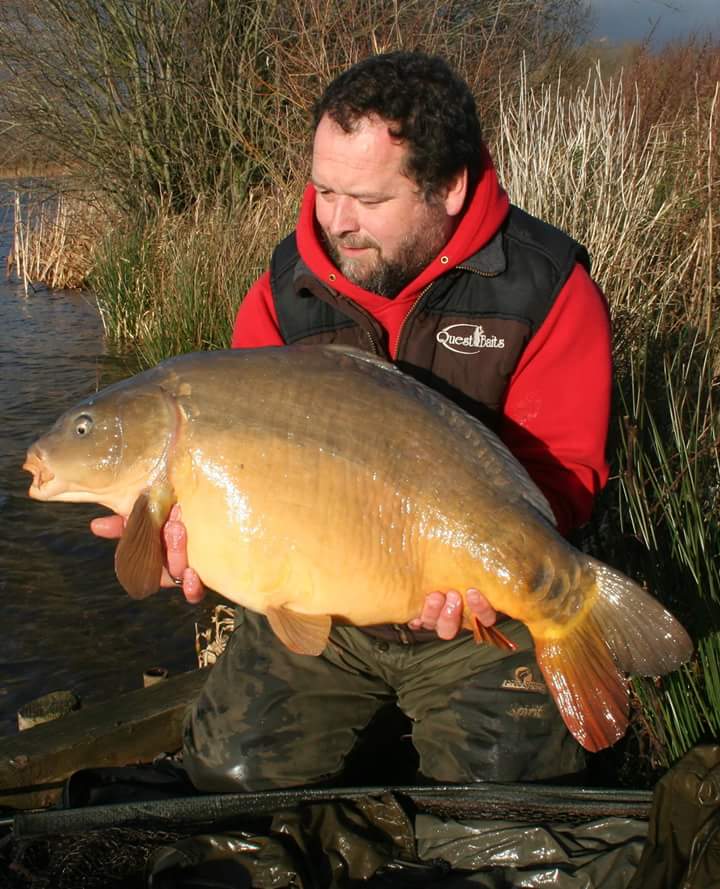 A great start to a new year 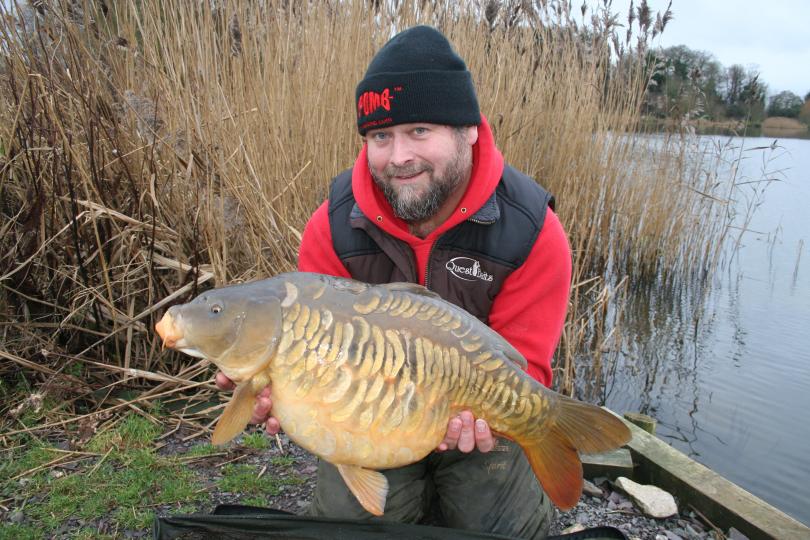 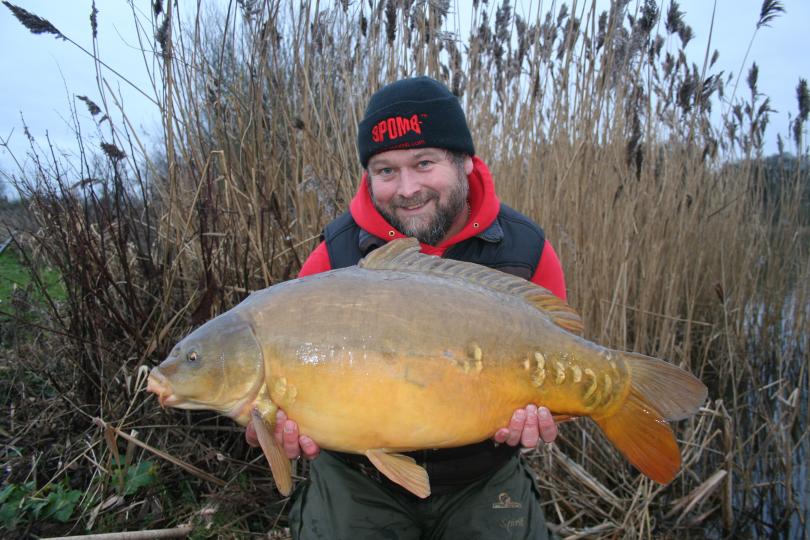 Every one of them looked different

So, 2016 started rather well for me really. I tell a lot of people that if I have any edge in carping it is winter time. I landed my first snow caught carp in 1977 and over the intervening 39 years I’ve learned a fair few tricks along the way and know that simply employing my summer tactics, my indicators aren’t going to move too much. Bait and bite indication are the two things in my opinion that anglers get wrong during the colder months.

I won’t do a blow by blow account of every trip as I need to save a few things for the book I’m writing. So for now, I’ll sign off wishing you all the very best fishes.