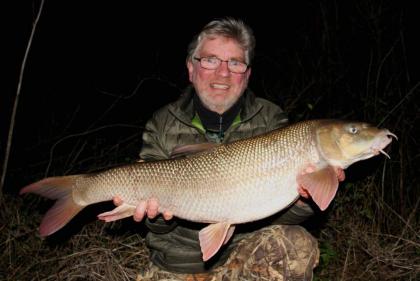 Away with family for a couple of days I couldn’t help myself but to sneak off and see what the local river had in it. Trotted Braddock’s Supaspice flavoured maggots rewarded me with a few Grayling and an out of season brownie which made my aerial centrepin spin faster than usual, just as the first cold flakes of snow started to fall. As soon as I saw the snow my brain immediately turned to carp. By morning several 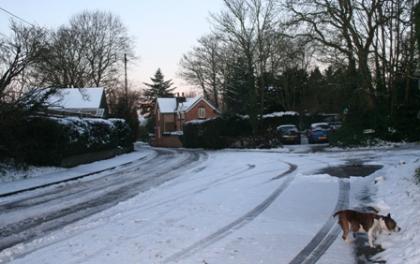 A snowy dawn in the village

inches lay and it didn’t take me long to take a walk around the village with Brook, clear the Land Rover, say my goodbyes and start the drive home to hopefully get back in time to chuck some gear together and cast out for the last hour or so of daylight. I do enjoy carping in the snow. 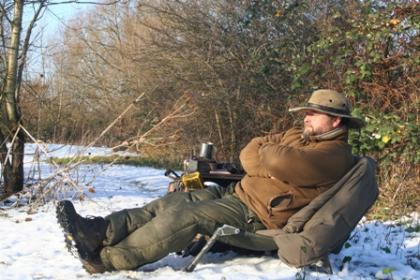 Full of festive food and drink, it was good to be back behind the rods

Well, I managed to get cast out before dark and within the hour I was playing a lovely scaly mirror that had taken a liking to my Fruity Trifle Pimple Pop fished over a light scattering of Magnum White just as the light dropped. 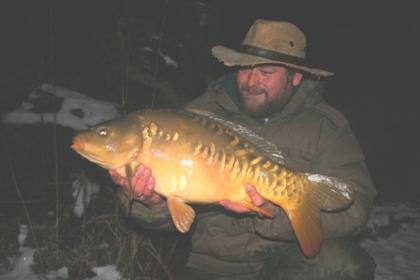 Just as the light dropped I was rewarded for my effort.

My next session was elsewhere as the first venue had frozen over. There was still a heavy snow covering and after an enjoyable social doubled up in a swim with Jamie Simpson of Custom Angling Solutions, we were just starting to gather our gear together in the setting sun when one of my rods came to life. This one had been fished on a cut down 10 mm Magnum white bottom bait with a small mesh bag of goodies comprising of magnum white and Chilli Chocolate bits and bobs, over a scattering of Magnum Duo. The moment I hooked this fish I knew it was rather special and must admit I played it rather nervously. We had such a thick carpet of snow around that I so dearly wanted to land this which was most probably going to be a P.B. snow capture. 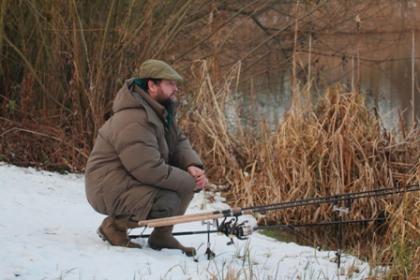 Lots of line was pulled agonisingly slowly from the spool and the bulk of the fish made the pumping back a rather slow affair too as it didn’t slide through the water as easily as the smaller fish do. Eventually there were huge vortices on the surface, my rig tubing appeared and then a big back broke surface before going off on yet another run and suddenly silence. The hook had pulled and I was left feeling so helpless. These are the things we all have to endure at times but things that are so difficult to come to terms with. This world can be immensely rewarding but equally cruel at times. Hey ho – onwards and upwards.

Teased by the loss of the big fish, I had to return the following afternoon in what were real wild conditions with waves splashing over the rods. Once again the very light scattering of Magnum Duo’s turned the fish on and although not as large as I would like to compensate a little for the loss the previous day,  I was still rather pleased to see another carp slip into the net especially considering the conditions. I do love my winter carping! 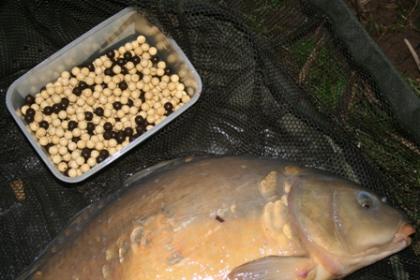 Next day I had things to do but was determined to get back out for the predictable feeding period but was rather disappointed that after seeing no-one else fishing over the past few days there were two bivvied up in the area I had been feeding. Hey no, not an issue there are far too many carp for them to be in one swim so I ventured off to the other side of the lake for the last couple of hours of daylight and bang on cue caught myself another fish. I was a little alarmed to see how much bait was Spodded out from the swim I had been fishing so will be avoiding that for a while I think. 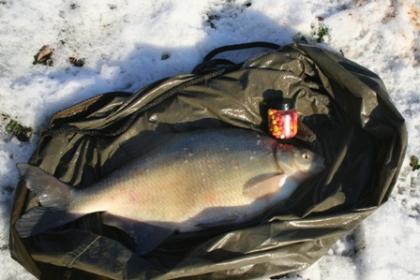 Other fish slipped up to my tricks during the cold period too. A bream on the Pimple Pops. 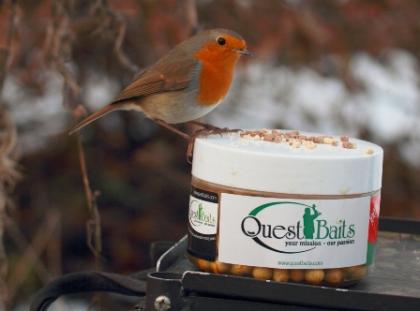 And it's not just the carp that appreciate a bit of decent winter food. 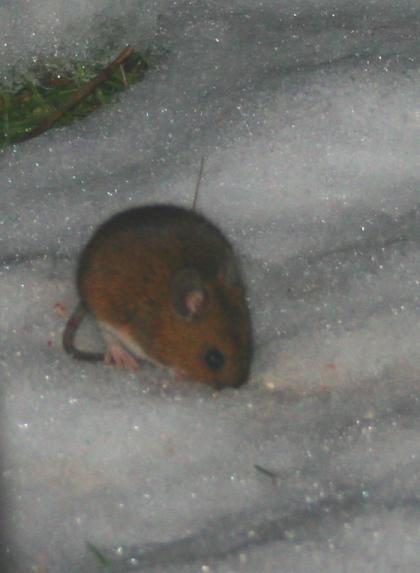 Even the mouse was tempted from his sleep by bits of Magnum boilie.

Well, it had been a productive festive period for me, sad that the big fish got off but happy that I can keep catching them whilst many others appear to be struggling – certainly from what I have seen. I guess at the end of the day it is 38 years now since I caught my first carp in the snow so I guess I would have been a bit of a fool had I not learned a few tricks to get the most stubborn of winter fish to want to feed.

The correct amount of bait, the correct size and the correct ingredients are so much more important than many seem to think. Bait is one of the most important things in winter angling at the side of location, but it seems to me that many make do with their normal summer baits expecting the carp to eat it and be able to eat, digest and eat again the same as they did in the warmer months. 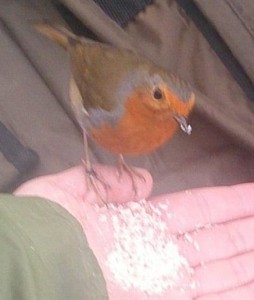 It it tastes good enough all creatures will take a greater risk.

Anyway, I’m quite content getting out there knowing what I am giving them will trigger them to feed and in amounts that will be digested easily enough thus making them ‘need’ to feed again sooner. If everyone paid attention to this we would all be catching more, but unfortunately, a lot of what the carp are fed are going to be stuck inside them for a while – thus no need to feed.