We were fortunate to have this small but challenging lake to ourselves and bivvying at the end of the lake I took the right hand side. Someone had left markers in the swim and I assumed they had baited them to so the first night to save time and avoid disturbing the lake it was PVA bags of Spicy Spirulina Microfeed and snowman rigs. A welcome twenty two mirror broke my duck the first night but now for the main event. 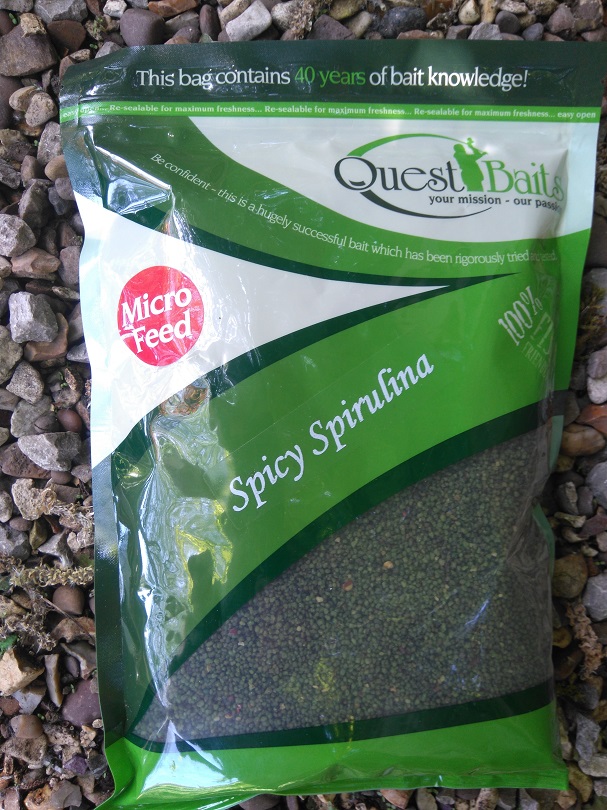 We had the luxury of a boat; so next day armed with polaroids and panama I drifted around locating three clear spots in the weed with a prodding stick. I baited them with a mixture of 10, 15 and 20mm Spicy Spirulina and Ghurkka Spice boilies. The crayfish were relentless but we were prepared. 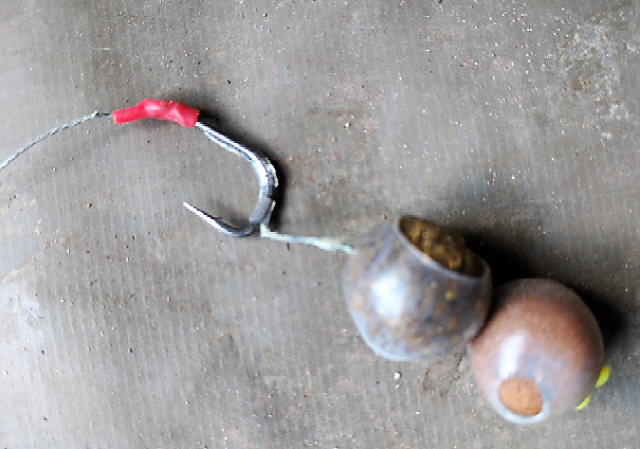 I shrink wrapped the boilies with industrial strength shrink tube and although it didn’t stop them it slowed them down and kept me fishing. 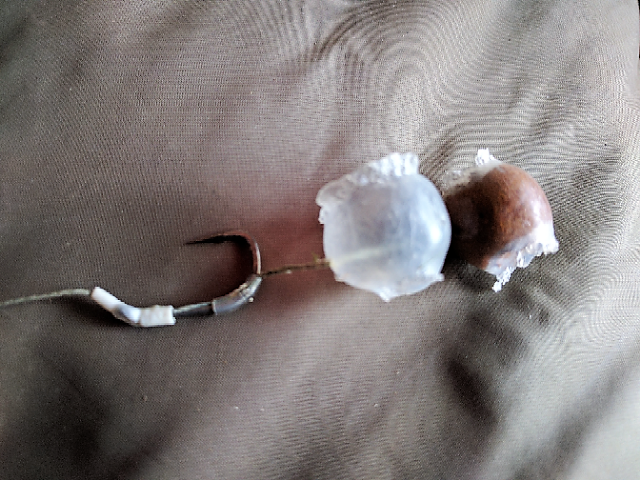 The next fish; hooked on my middle rod was a long grey mirror that tipped the scales at 44 lb. Well spawned out, if I’d caught it a fortnight ago it would have been over fifty. Following quickly came a 39 lb 5 oz on the same rod. 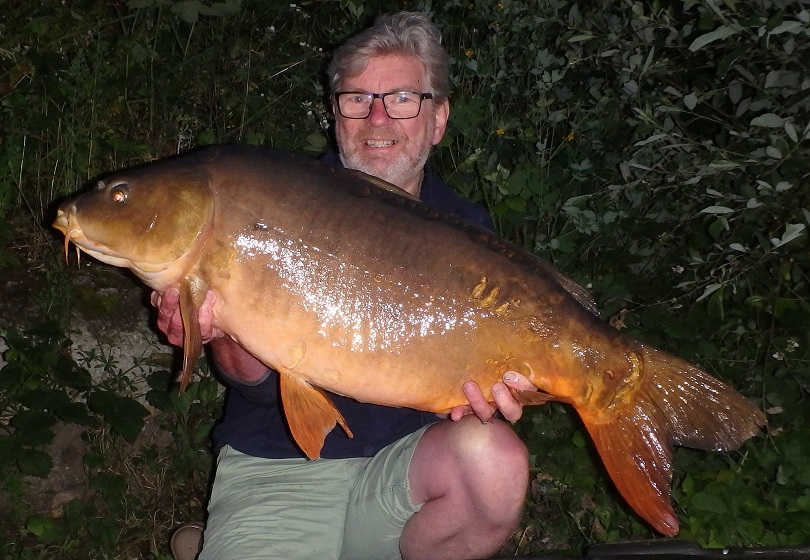 The weather improved and the temperature rose and it all slowed down.  I took to the boat again and located two groups of fish basking in the sun at the far end of the lake. One large group on the left and a smaller group of bigger fish on my side of the lake. It was obvious my short rod was off the pace and I moved it alongside the producing middle rod and moved my right hand rod almost to the end of the lake on a small bright sandy spot. Concerned with the ravenous appetites of the large crayfish I changed to baiting with smaller more numerous 10 mm boilies to occupy them longer and give the carp a chance. I also changed from baiting once a day to smaller quantities four or five times a day to ensure there was always some attractive bait on my spots. Soon my catch rate improved, a 36 lb 8 oz, then a 42 lb mirror followed by a 48 lb 8 oz sturgeon and a 30 lb plus common.

What I did notice as I returned to bait my spots there was always a very large crayfish in the clear water over the bright sandy patch. I’m sure it was waiting for me, reminding me of the old Daily Mirror cartoon strip the Perishers where every year the crabs in the rock pool awaited the return of Boot the dog, “the eyeballs in the sky”. 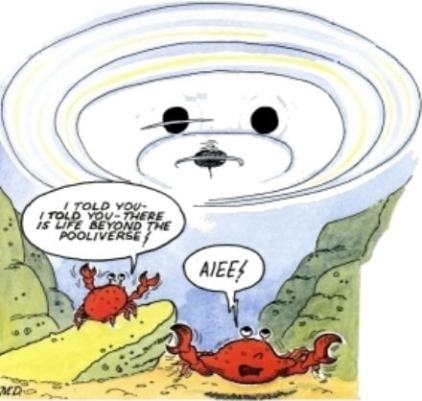 As my catch rate improved and the carp responded to the bait I noticed the crayfish activity decreased to the point they were not touching my hook baits at all. The carp were now doing the job and keeping them away.

By now I had also lost a couple of fish with great washing lines of weed on the line preceding the carp as I played them. As they approached the net rolling and twisting on a short line with all that pressure the hooks were easily lost. The weed was also a deceiver. Normally when you hook a sturgeon it’s not long before it’s airborne. The weed on the line stopped all that and a fifty pound sturgeon is like a 50 pound carp when it can’t leap. And so it happened, for twenty minutes I was playing what I thought could be the fabled 60 lb common only to finally glimpse a large sturgeon in the clear water and about 12 feet of weed hanging on my line. It was inches from the net when it barrel rolled, a flash of its large white belly and it was gone.

More carp followed, a 26 lb common, a 34 lb grassie, a 41 lb 12 oz mirror and then…………….the Ronnie rig and a 15 mm Spicy Spirulina pop up took off. I had run out of rigs and the fabled Ronnie rigs constructed months before and never used were finally pressed into service. The water above the bright sandy spot erupted and a bow wave rolled across the lake in front of a carp in a hurry. I was fishing at about 130 yards and usually at that range you can hold a carp but this one was having none of it. It stripped off another 30 veering sharply to the left and Kens lines. Over two of them then under the other, I breathed a sigh of relief as it became free following some impressive rod juggling.  Back across the line this time missing them all I gained line grudgingly. Then I saw it, two large balls of weed followed by a magnificent mirror, that peered up at me disdainfully and just turned and swam away. The rod strained and thirty yards of line were stripped off the spool against a tight clutch and then it at last stopped and turned. Three or four more times we repeated this dance then after a heart stopping back flip and some superior netting skills from Ken the brute was in the net. 54 lb 14 oz! I landed a few more after that but they faded from memory. That magnificent fifty blurred it all, for one short moment the boy was back and I was 12 years old again. Unfortunately no photograph will ever capture that. 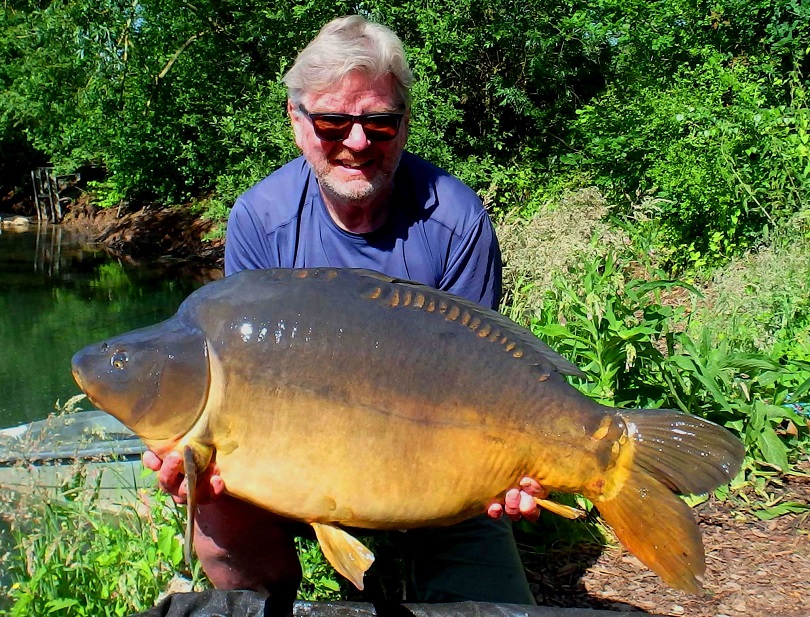 About the Author: Ron Key I’ve fished as long as I can remember, and carp fished since the late seventies. I moved onto the Southern circuit waters in the early eighties in search of bigger fish, starting on Longfield which is now known as the infamous as Fox Pool. It was a great move and and opened my eyes to some of the amazing early developments in rigs and bait.

At a fish-in nearly twenty years ago; a chance meeting with one of the early pioneers started my French fishing, concentrating mainly on the huge French lakes and rivers. One of my proudest captures is a 52lb 10 oz mirror from Lac du St Cassien which is probably my favourite water. I am the Chairman for the British Carp Study Group.