Home Blogs Leading out of winter - Bait and presentation choice for a new venue?

Well, this week-end I was very much in this situation. It had been 7 months since I’d last visited this particular venue, so I really was totally out of touch with the place. It can be a rather tricky venue judging by the relatively few fish caught by some of the syndicate members, but I love the place. My father has been badly for quite a lot of this past year, so I've had to keep my angling relatively local and this venue has been a little too far away to leave me feeling comfortable.

Saturday morning I was moping around the house frustrated that I was not out on the bank, a recently picked up issue with my back (managed until this stage of my life without any back problems) had me writing this weekend off. However, by lunch time I wasn't feeling quite so stiff, my back was not locking up and for some reason this venue started to call me, which is strange after a 7 month break from it. My father has been in better shape these past couple of weeks so I thought, why not?

To be honest it isn’t usually over productive fish wise as touched upon above, so I reasoned that so long as I could get set up safely, then it would be a nice place to simply get comfortable, cook some food the way I like to outdoors and simply enjoy watching my natural live television outside of the bivvy door.

I had some bait that needed using up as I’d added liquid to it a couple of days before thinking I would be fishing as usual this weekend. Because we don’t use preservatives in our shelf life boilies, liquid added to them starts off the break down process and they will turn the same as any other fresh bait.  So, if I didn’t use it, it would end up in the bin and I hate wastage. So I slowly started to gather some bits for an overnight session, loaded the motor up bit by bit and pointed the Land Rover in the direction it knows so well from past journeys.

By mid-afternoon I was finally angling, had my house set up and soon the grill was going, the charcoal white and ready and the mini jacket spuds, mushroom, baby corn, pork and salami was added at varying times, all being prepared out in the fresh air – just as I like it. 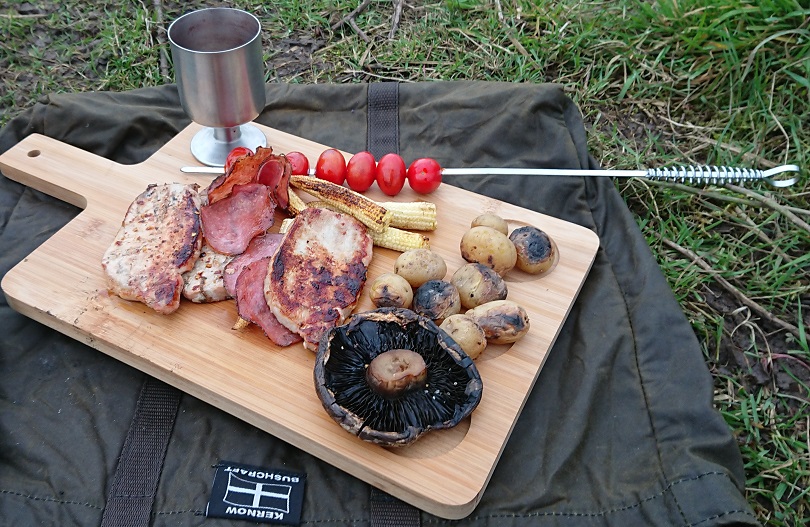 My meal Saturday evening as soon as I'd set up and settled in.

My back behaved itself and I had a very comfortable night undisturbed by any carp activity. The rain was falling at dawn and I lay feeling quite snug listening to the drumming on the umbrella.

7 am the first carp found my bait, a Rahja Spice pop up fished in isolation in a silty gully the carp often used. 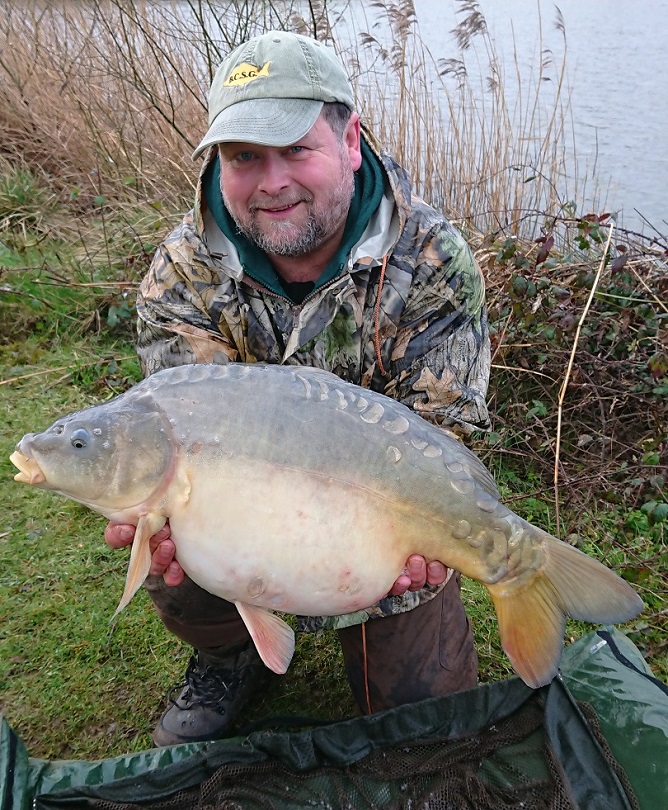 7 am the first carp found my bait

Decision time, should I leave the other two rods as they are or do I change them to Rahja Spice pop-ups fished in isolation off of my main baited spots?

With being out of touch with the venue I had set about it in the same way as I would a new venue by hedging my bets with different bait presentations on each rod.

The left hand rod had half a Spicy Spirulina pop up and half a bottom bait apple cored fished over a light bed of bait with a small PVA mesh bag of broken boilie with both Rahja Spice and Spicy Spirulina Microfeed attached to the hook.

Middle rod was the pop up which had produced with no free bait around it at all, as not only did the carp use that silty gulley but most of the tufted duck’s used it as well, so I didn’t want them to start hunting out lots of free morsels.

My right hand rod was fished close enough for the tufted duck’s to not be such an issue and this had my main bed of bait presented along the base of a bar. Hook bait on this was double pimple pops with a paste wrap. This is something I do quite a lot, the changing hook bait scenario and without the disturbance of a re-cast. It started out as a ball of Magnum White paste but if little fish started to knock it around or indeed the paste dissolves, another colour is revealed. 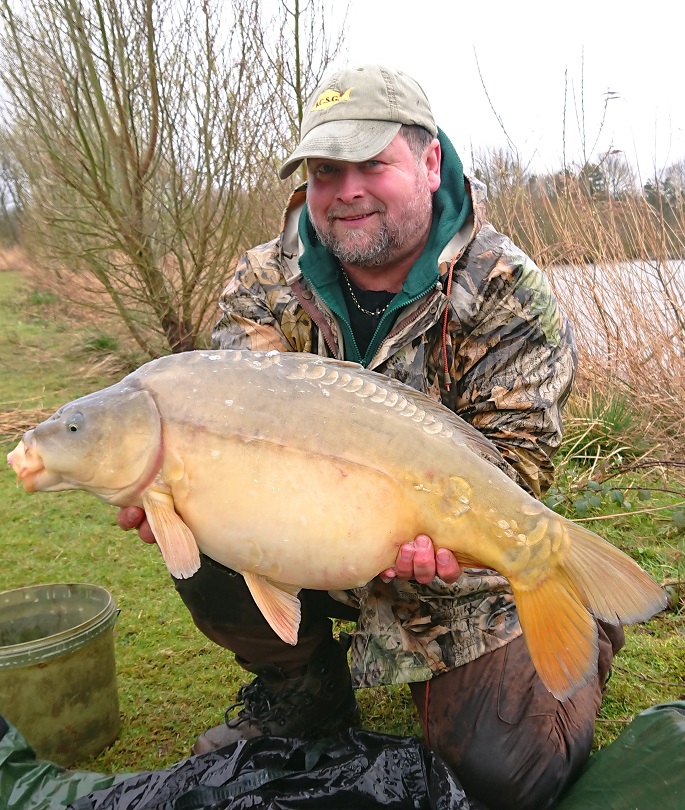 It all then went rather manic as between 7 am and 11 am it became a bit of a blur as I had 8 chances spread out over all three rods. 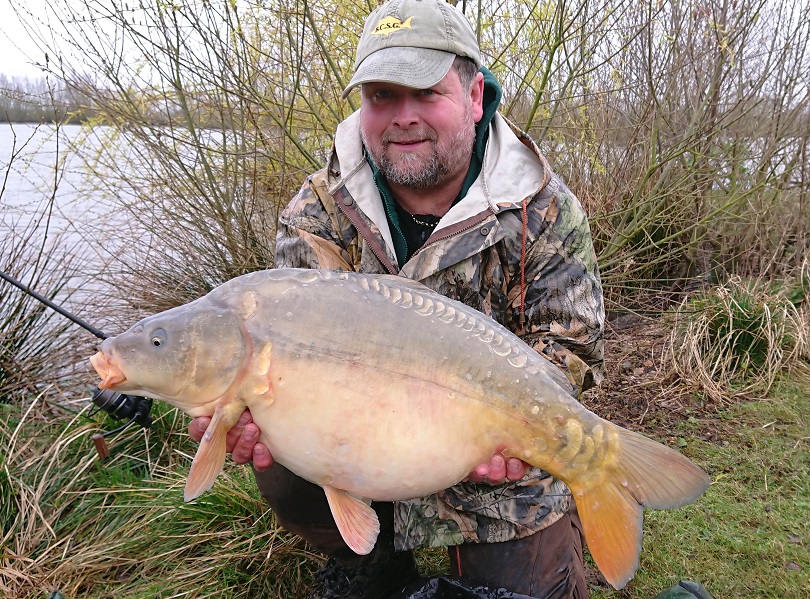 It all then went rather manic 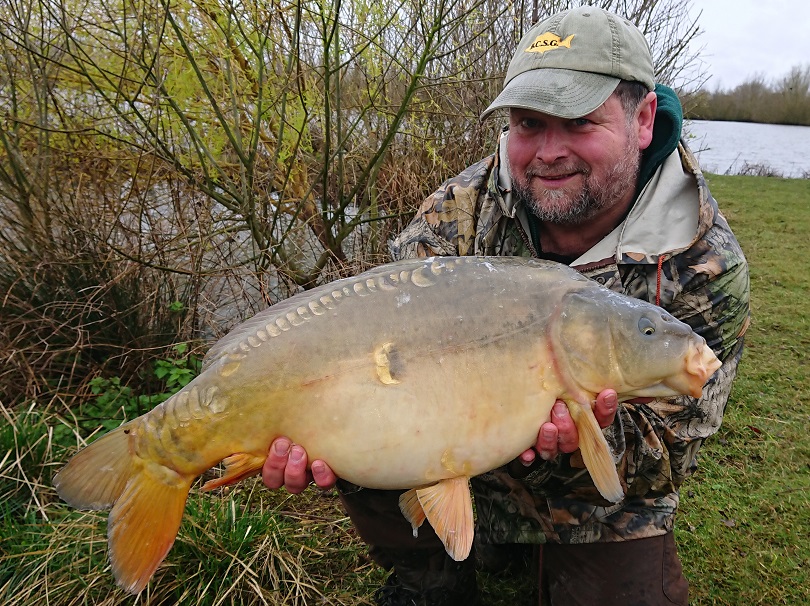 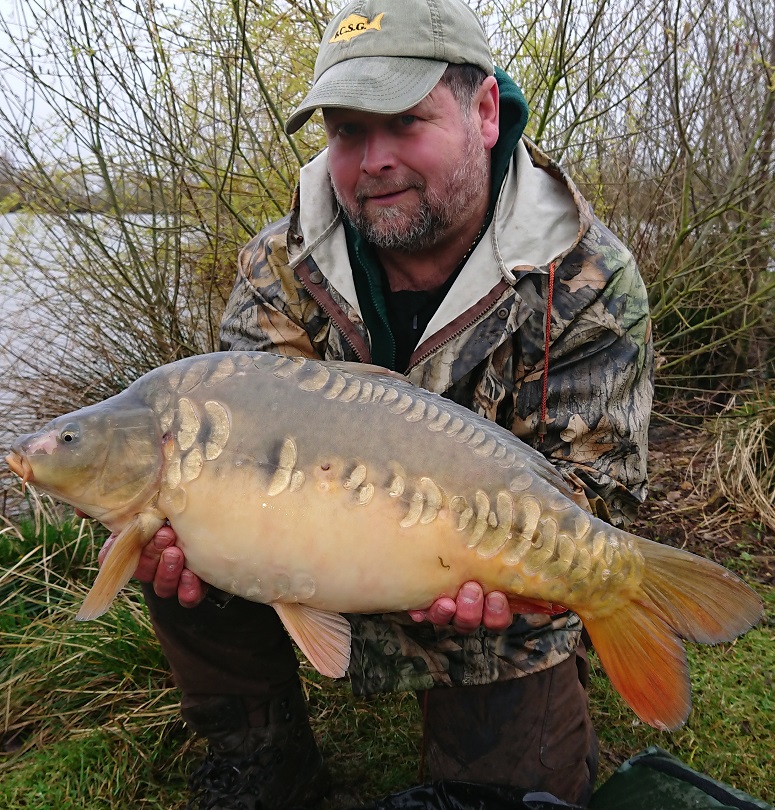 All shapes and sizes 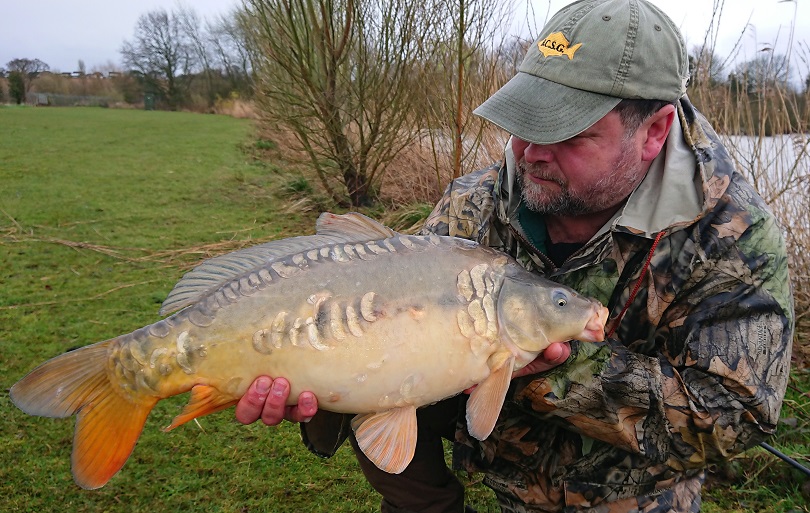 Some young and pretty fish 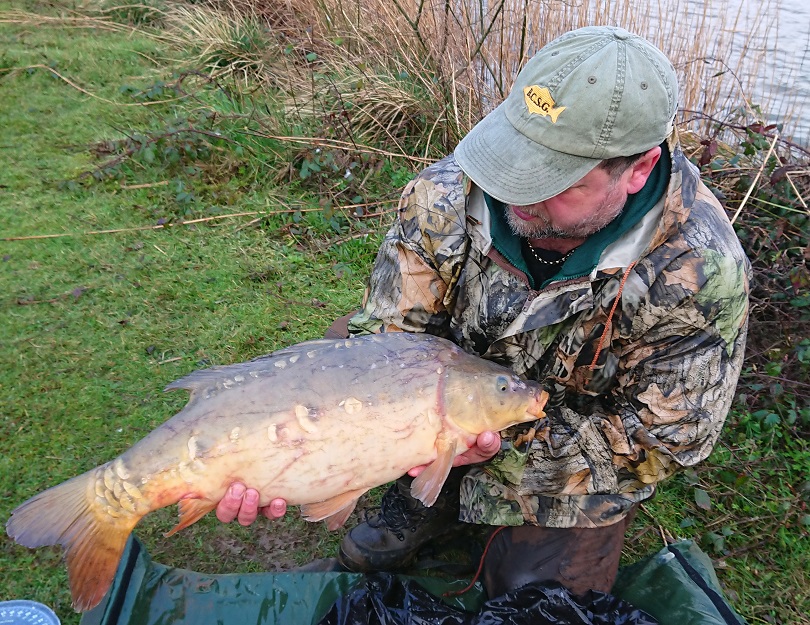 I'm guessing this one was wandering the banks through the brambles in the floods. It was really scratched up.

I landed 7 out of the 8. The one that got away with its mistake was a really fast drop back and I simply didn’t catch up with it in time to set the hook properly before it bumped free.

The syndicate rules insist on all fish being weighed and photographed so this took a fair bit of my time up as well. By 11 am I was really ready for my next bite to eat so was relived for things to quieten off.

Remember my blog last week when I mentioned about frogs and carp leading me to some of the trickier venues. It's not just an old Shaun tale you know. My diary keeping over the years has shown a lot of strange coincidences.

This turned out to be the most productive session I have ever had there and I ended up none the wiser which method was best on the day. But there you have it, that is how I would generally approach a venue I am out of contact with, or a new water I don’t know at all.

Happy angling and I wish you all best fishes.
Shaun Harrison