Home Blogs Variety is the Spice of Life

I was the fourth to arrive and typically the areas I had in mind from weather watching all week were already taken. One of the members had just landed a 20 plus mirror on the end of a warm wind, so I went looking harder than usual for the best option of what was left, which at the Paradise Pit is loads of possibilities with all the bays and islands and so many different windward areas and so many different undertow routes to try and get your head around.

I found a couple of fish mooching around the boat bay. Not an area you would really want to commit a night to as they spook from there so easily, but with a few hours left before dark I decided to get the 8 ½ ft Margin Creeper out with a centrepin reel for a bit of ‘up close and personal stuff’.

I flicked in a mixture of my ever faithful Rahja Spice, Questrami and Spicy Spirulina Blend in, all in 10 mm and flicked just one at a time. It didn’t take long before a real deep bodied mirror sucked in my little 10 mm olive green Spirulina bait. I did the necessary, the water bulged and the reel screamed. I love playing them on that set up and after a merry old dance around the bay I slipped the net under the fish which came as a great relief as my previous trip to the Paradise Pit, I’d lost two. 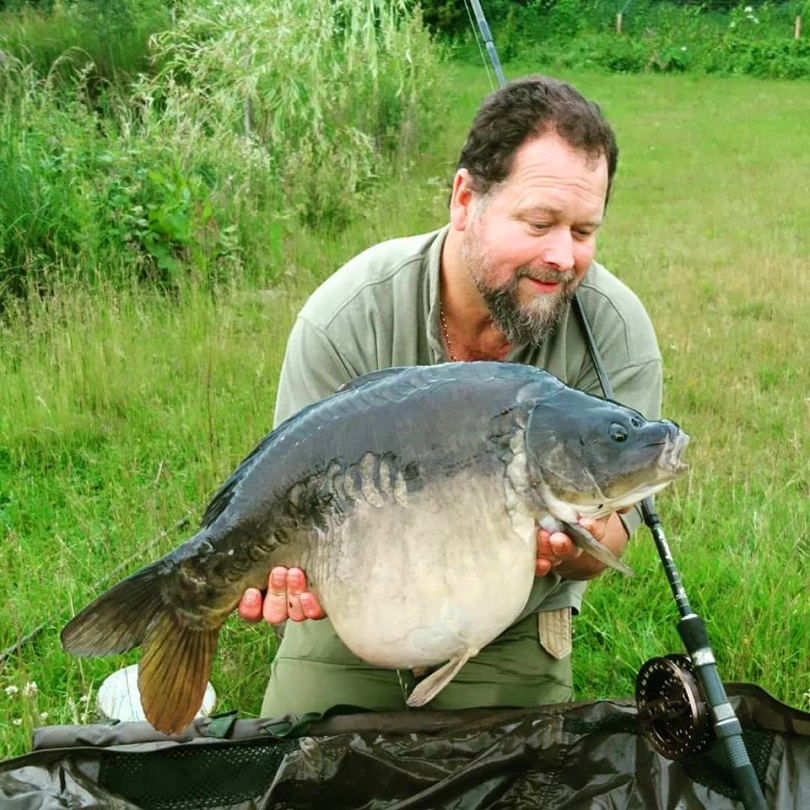 There was little chance of the fish returning into the boat bay for some time, so I decided to set myself up for the night in the main part of the pit but where I could keep my eye on the bay too. 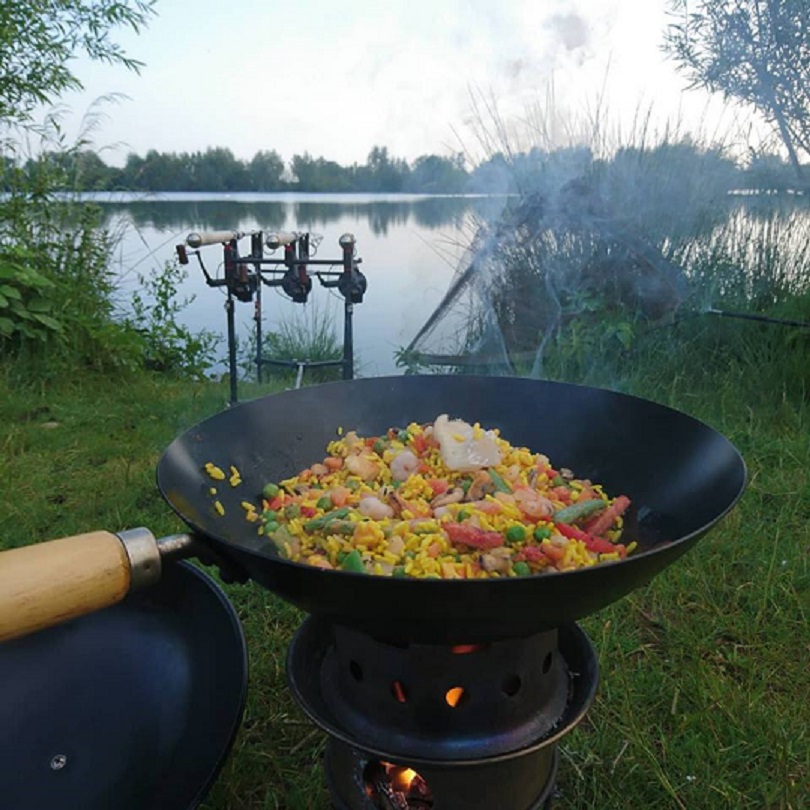 I had only just finished dinner after all the baiting and getting sorted and was sat relaxing on my low chair for the first time since arriving whilst watching for signs of fish as the light dropped and also hoping my decision not to bother with any shelter again was not going to be a bad decision. I really dislike brollies and bivvies. 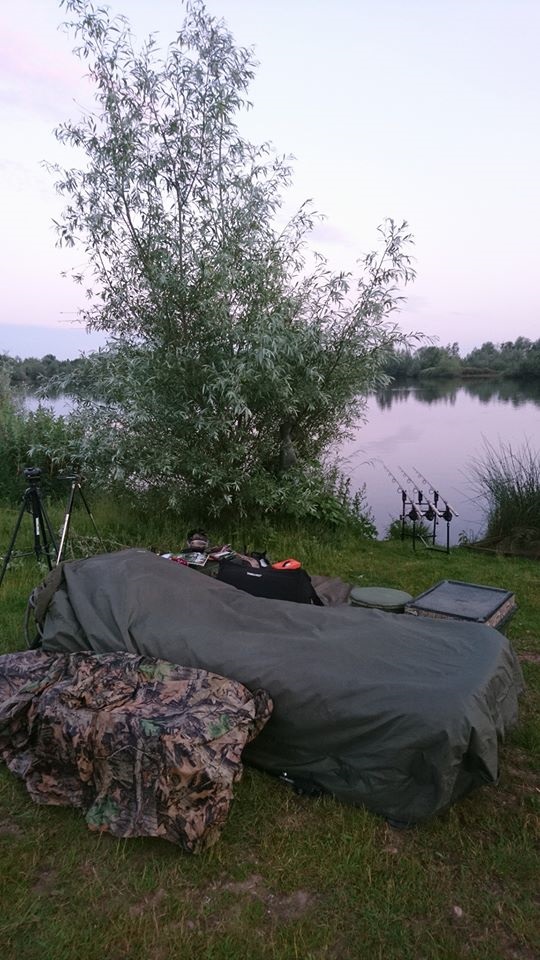 Suddenly a rod was away from a new spot I’d found and was trying for the first time and only an hour after depositing a couple of kilo of boilies on the spot. These had been the same 3 bait blend but in 15 mm to be able to reach the spot with a catapult. It was an area at the end of a bar but down the shelf in the silt where I hoped the tufties would leave me alone. I’d made a point of scattering plenty of easy to find boilies over the bar and plateaux too.

A spirited fight twice over (it got out the net whilst I was sorting the self-take bits out) saw a smaller mirror grace the net both times which was a nice result so soon from a new spot and particularly pleased that the bait placement couldn’t have been too far wrong. 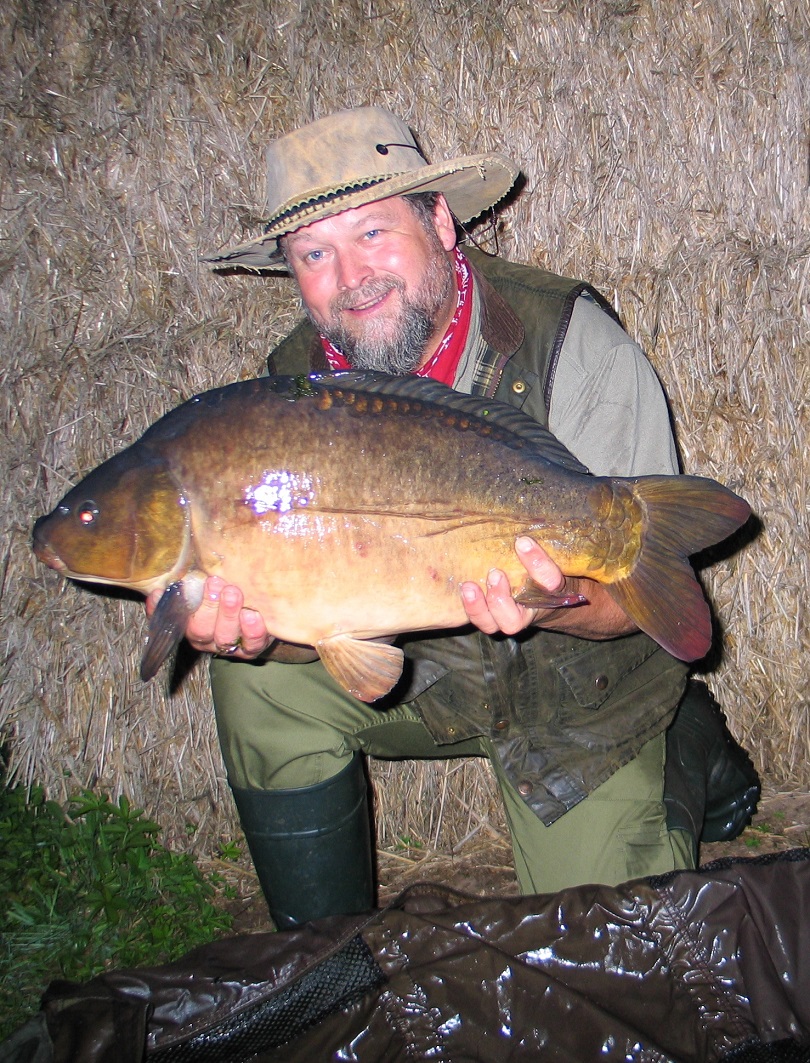 A little bit about my bait blend which has been catching everywhere for me these past two years. I used it everywhere I fished last season and only ever used Rahja spice hook baits on purpose so that all year they would have totally safe Questrami and Spicy Spirulina down them, never getting hooked on them. So a year’s baiting now and they should be feeling quite safe taking those two. 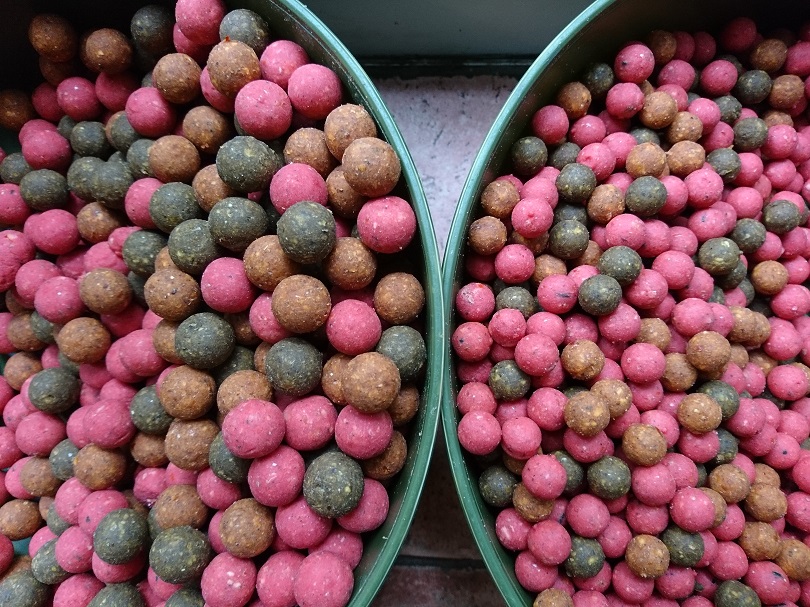 I went into a deep sleep that night and slept through the first light period and really didn’t want to get up. I could see my spots from my bed so kidded myself I would lay and watch. Well, all I did was lay and repeatedly doze off until the scream from an alarm had me scrambling out of my old Buffalo Pertex and fleece bag I have resurrected. It was the same rod as the one which produced just into the dark and this time one of the rarely caught commons. 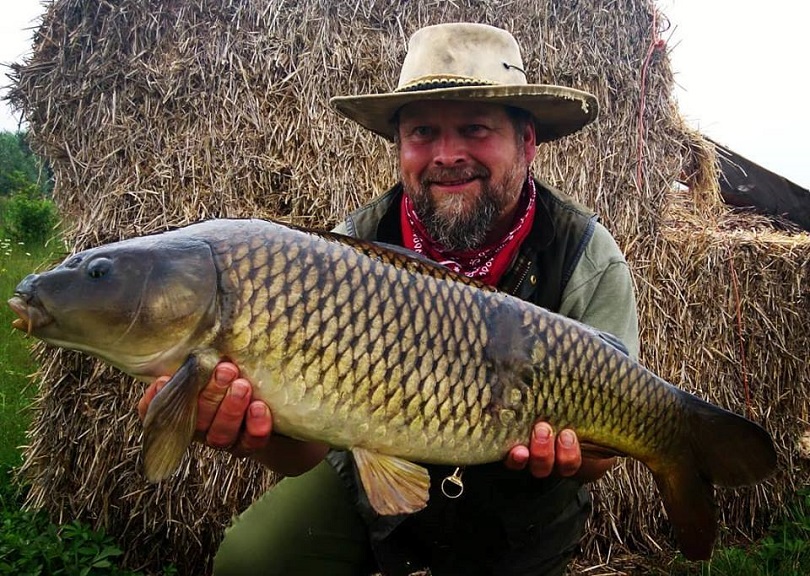 I love a variety of strains in the waters I fish and these first three couldn’t have been more different. I had started the day with another smile.

I kept my eye on the boat bay all day expecting the fish to drift in again mid-afternoon, but it was not to be and by the time the evening came I was quite sure the fish had sussed where I was. There’s so much suspended algae in the water that the lines are like tow ropes in no time at all. I went to bed Saturday night knowing I needed to move but with the fish the previous day as the light dropped and one in the morning, it would have been silly not to try a second night, but alas it was not to be.

Sunday morning I cooked myself a meal to last the day, loaded the day kit rucksack with essentials, and loaded the rest back in the Land Rover and then a lap of the pit, then a second lap of the pit before I could decide where best to ambush a fish.

Eventually I crept into position and cast with 1 oz leads hard but feathering hard also to try and minimise the splash and I was set. A few fish were milling around, real discreet in their shows as the Paradise Pit fish often are. 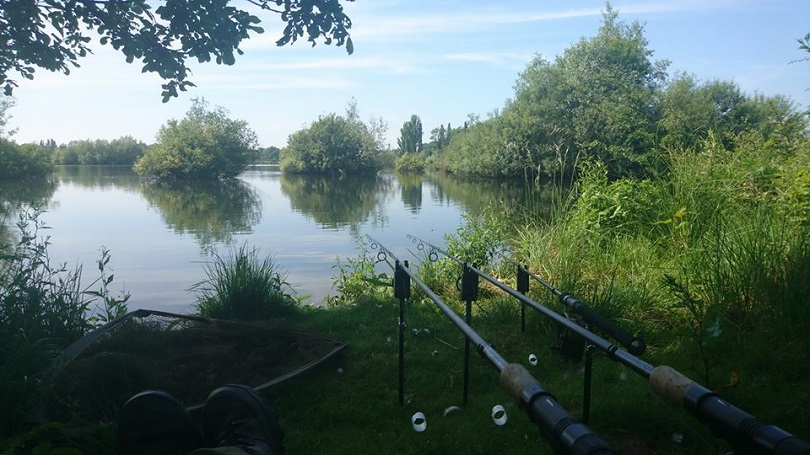 5 pm and I was done by one, the loop indicator smacked into the butt and a huge bow wave off shallow water showed the fish I’d missed. I’d not been quick enough with the strike and the lead hadn’t been big enough to do the job properly. Had I cast a big lead in this spot, the fish would have been long gone.

Licking my wounds I re-set the rod, just the same other than spending a few moments with the file on the hook point. I thought I was going to run out of time for a fish from my third swim of the weekend and had just told my diary this when the same rod as before stuttered into life. The indicator had barely moved a couple of inched before the rod was swept hard back over my shoulder and fish number four was hooked.

Off it went and I really did have to act quick and hard to prevent it messing me up around the dot islands. It really was one of those heart pumping fights but everything held as it should and the largest fish of my week-end slipped into the net, a right powerhouse which was absolutely furious to be in my net. 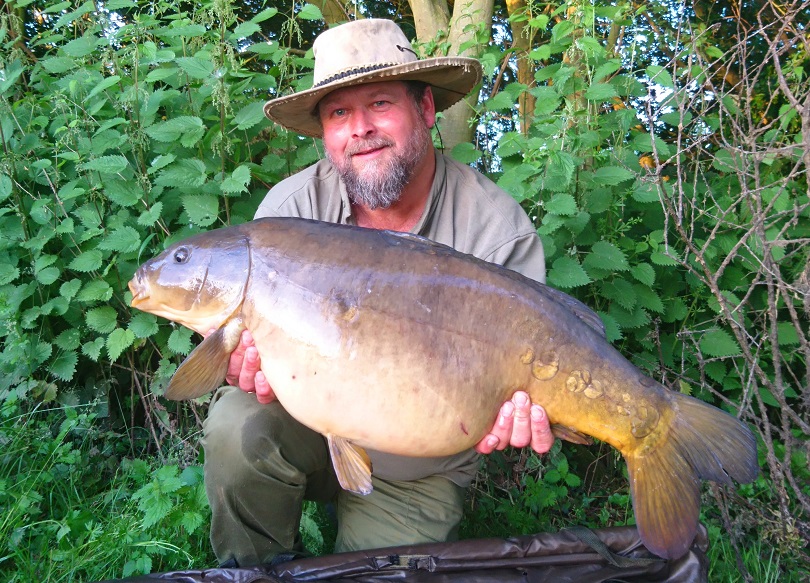 The mozzies were starting to bite as I did the self takes with my mobile and whistle app, so packed and left there a contented man.

They say that variety is the spice of life and the Paradise Pit certainly has a variety.