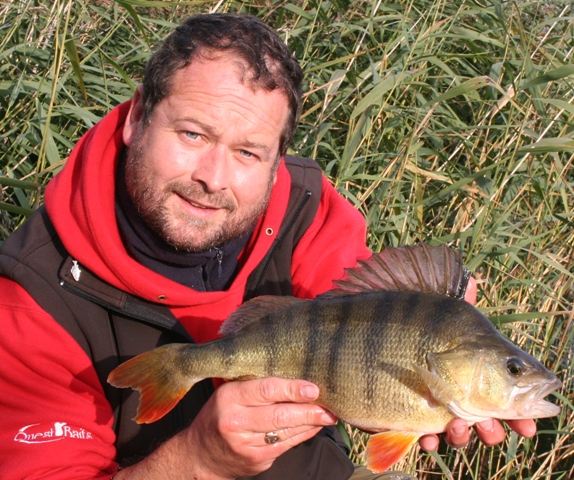 Last weekend saw me make by far the best catch of perch I have ever caught and what is more, they were total bonus fish. I caught 16 of them with the smallest at 1lb 11oz and the largest at 3lb 3oz and an amazing 10 fish over 2lb, it is a catch I won’t forget in a hurry.

It all started a few weeks ago when I decided to take a light float rod along to Grenville with me to see what I could catch at the side of the carp rods. On Grenville we are allowed to fish with 3 rods for the carp but a 4th rod can be used to fish for other species. Hardly anyone takes advantage of this but I decided to and during my first trip I lost 2 good perch which broke the hook link. To be fair they didn’t seem like normal breaks as both fish had been on for a while and the line went with less pressure than I had put on them earlier in the fight. It suddenly dawned upon me that my relatively fine diameter hook length materials were in fact fraying on the rough sides of the perch. 1st lesson learned. 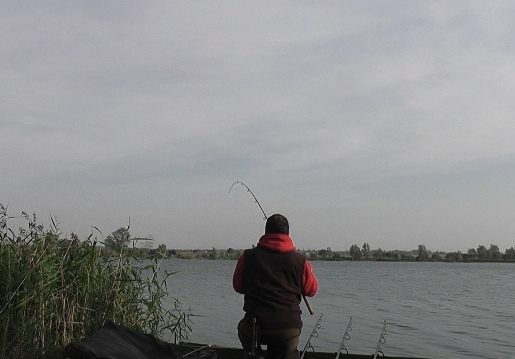 Playing a 3 lb plus bonus perch at the side of the carp rods.

The next trip I fished quite heavy with 6lb line straight through, received just as many bites and more importantly I landed everything including a nice perch of 2lb. A great bonus fish whilst passing a bit of time away between the normal carp feeding times.

This last week-end saw me start to experiment with the Quest Baits Archie Braddock’s Xotic Spice blend which we re-released a couple of years ago. The Xotic Spice had been developed by Archie for Perch so now seemed the time to have a go with some Xotic Spice maggots in small feeder links a little further out. I used 3 heaped teaspoons over a pint of red maggots.

Straight away I was into larger fish and soon amassed the catch I mentioned at the start of this piece. In fact I was enjoying myself that much I removed one of the carp rods and put a second perch rod out. 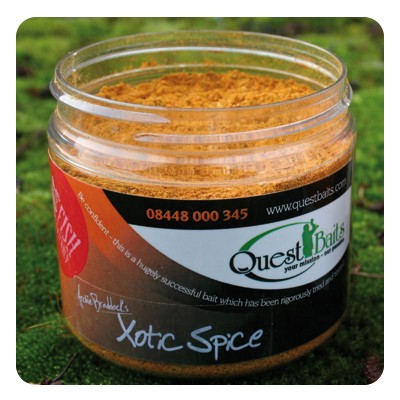 All week my mind has been on these perch and from being simple bonus fish whilst the carp rods were out they are suddenly a fish which look like they are well worth targeting in their own right.  I have been a member on Grenville for several years but it has taken until now for me to get around to finding out what else other than carp could be lurking in the depths. The strange thing is that I have never seen any perch larger than a few inches long yet they have been there all along keeping out of sight. It does make me wonder what other lakes I have fished which could have had some really nice totally un-caught surprises swimming around.

Why not have a go on the water you fish. You might get a very pleasant surprise with what you catch. I did.