Home Blogs Extracts from my October and November Diary - Part 1 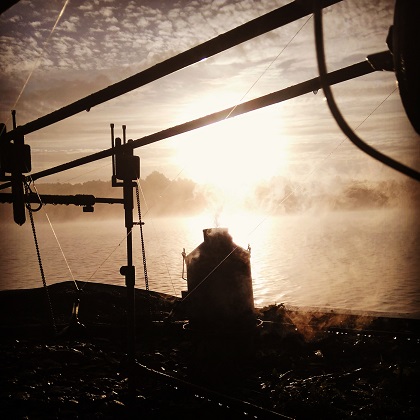 October didn’t start well for me as I pulled out of a big carp on the first week-end of the month. Not an awful lot I can say about that really other than I tricked one and was then punished. It happens to us all. 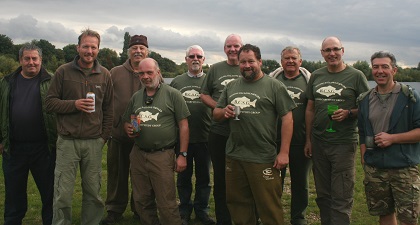 It is usual for me to organise a fish-in for my region of the British Carp Study Group each year as a thank you to those who attend my monthly meetings. A great time is always had but I guess we spend too much time socialising and barbequing to stand a realistic chance of getting amongst many fish. This year I held it on one of our own waters which we are about to otter fence so I promised a donation to the fishery. Originally I promised a minimum of £200 donation for the use of pit. To cut a long story short the figure the fish-in has raised, is now around £2,000.00 through on-going activity. I thank all those who have contributed from the very bottom of my heart.

Oh yes, I blanked at the fish-in on a water I had only blanked once on this last year so I guess it puts fish-ins into perspective how they can affect your angling if you choose to get involved in all aspects of one.

With the full moon coming mid month and having spent years watching moon phases and its effect on captures, there was only one venue I wanted to be at. So, Saturday I was comfortably installed and on fish when the phone rang…

“Hello love – it’s Bob”. Now anyone who knows him will know which Bob it was. He calls everyone love!

“How do you fancy a guest session love”?

“Tonight” I’ll be there mid-afternoon.

It was quick decision time, I was on fish at the time of the month when the older fish were much more likely to feed than the younger fish and deep down I knew I needed to be where I was but turning an invite down can backfire. I used to get one invite a year from another member who then left and it took several years – last year in fact before another invite came my way. I accepted last year and was really fortunate to land a gorgeous common and before I knew it I was packing away in a swim where I was sure the Rahja Spice was going to prove irresistible. 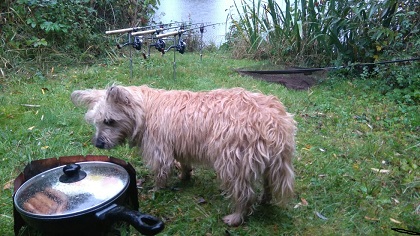 The water I moved onto had been totally out of sorts for weeks and no-one had been catching a thing it transpired so I think I was used as a little bit of a Guinea pig. I ended up doing 3 laps of it before choosing a pitch. 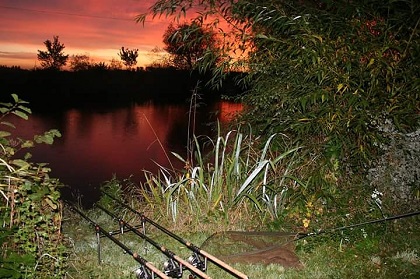 The following morning I had two shows in my swim which it seemed was quite a result as not only had nothing been caught but hardly anything seen either. It was a lovely place to have spent a night but I must admit it was niggling me at the back of my mind that I’d left a great chance behind on the pit I’d moved from. 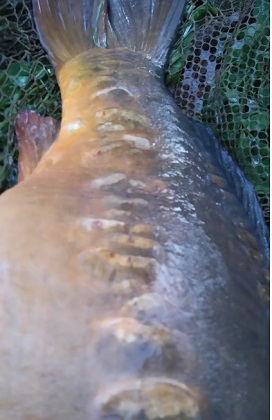 I did catch a couple of carp before the end of the month but don't want to say too much about those at present and then the barbel were calling.

Other than a summer evening taking someone on the River Derwent who had never caught a Derwent barbel before, I’d not had the barbel gear oyt this season. The Derwent session was a great success and Bob (a different Bob) went home with a double figure Derwent barbel to add to hisimpressive list of big fish.

So with the golden leaves falling and memories of my Autumn harvest of golden barbel last year, I forced my mind away from the carp.

My first session back after barbel on the mighty river Trent was a great success in my mind with a couple of doubles a big 9 and 5 chub was cause for a nice glass or two of merlot when I arrived home. 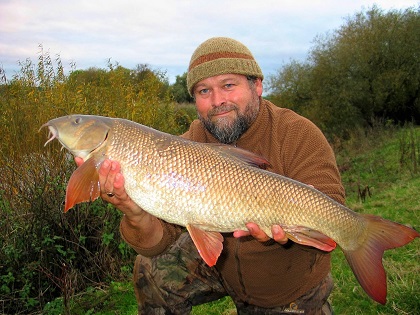 Now because of that success and the fact that I don’t like to over pressure swims, I decided to barbel fish again the following day but several miles away, where I had really struggled the last few years but had seen and heard a big fish which had been enough to keep me soldiering on. The problem was that the otters had been through the stretch and what was once my most productive barbel fishing, you are now struggling to even get a bite. But with conditions looking perfect I decided the time was right for another go at this extremely low stocked stretch, but a stretch that had produced a 14.11 for me last year – my first bite there for over a year.

I have continued to fish it as it’s such a pleasant place to be and I fish on in the hope that any nomadic barbel may wander into one of the swims, realise nothing is living there and decide to take up residence. At least on the river, you never know what could turn up, now this appeals to me so much in this day and age of generally knowing what is living in the waters we fish.

It was a long trek to my chosen swim and hardly any signs of anyone having fished the stretch. I set up with the same touch leger feeder tactics as I’d employed for my 8 fish the day before on the other stretch.

This is such a simple and effective feeder mix. As the temperatures start to fall I stop using the standard size mixed pellet and double up the Mini Mixed Pellet. 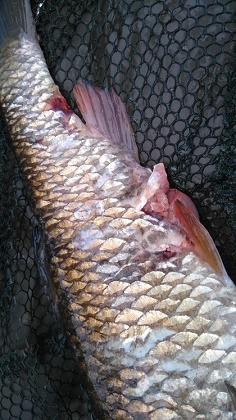 First bite produced a chub that was savagely attacked by a large pike whilst I was playing it. The chub was left in a mess and I was unsure whether to put it out of its misery or not. I decided to give it the benefit of doubt and released it. Out of interest, that chub weighed 4.12 (my scales were out and I quickly weighed it in the net thinking it was probably a 5 which is a big chub for that stretch). I made the mental note to return for a go at that pike as I’d seen a pretty big one there last season.

5 pm as the light started to fade I had a chub type pluck on my finger but the resulting strike was certainly not a chub as the prototype Free Spirit Hi ‘S’ 2 lb test curve Barbel rod wrapped around in the most satisfying curve. This was only the second barbel in 3 years I had hooked on this stretch so as you can imagine I was a tad nervous playing it and thoughts of how good the hook hold was, were streaming through my mind. Everything held and soon the scales were saying 11.08. 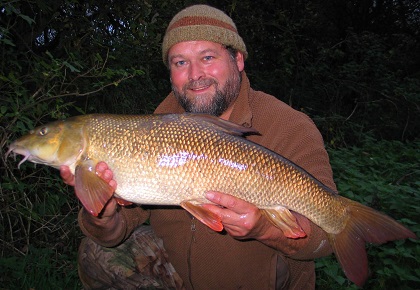 I drove home a happy man. 3 double figure barbel and a big nine in a couple of afternoons made for a rather satisfying weekend. 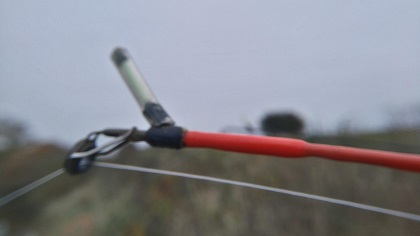 Well, that saw October out on a high. Little did I know what November was about to bring. Part 2 will follow soon along with a new personal best.