Once more the rain pounds my window and leaves flutter by on their journey to the ground whilst I tap these words out. I have written a fair bit about moon phases as well as talking about the effect of moon phases on carp on two separate pod casts. In fact I was even flown over to Hungary to talk about it as well. 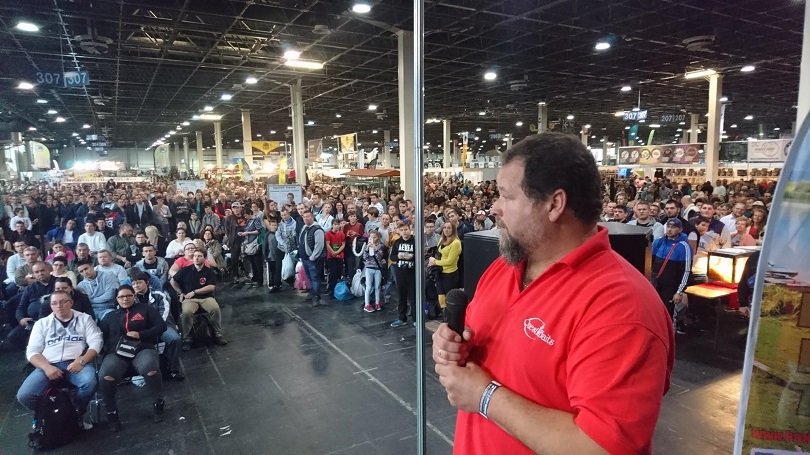 This has all come from many years of studying its effect on my own personal catches. Because I have always kept a detailed angling log/journal/diary, call it what you will, I have been able to trace back the moon phases on all of my captures to over 40 years ago. 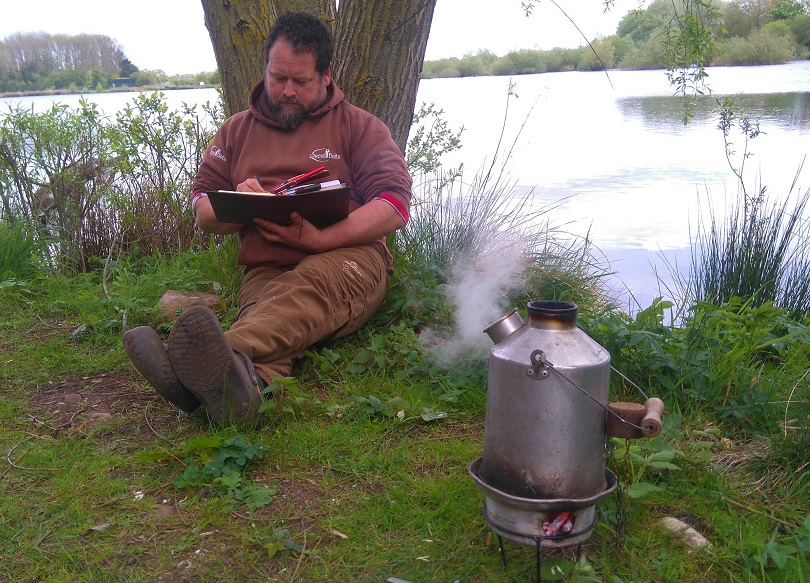 Details from every capture for over 40 years have been meticulously logged.

People started to mention the relevance of the full moon and indeed a new moon in big fish captures a few years back. Prior to this, those who had studied these things tended to keep their findings to themselves, myself included. I know during my 25 years in the tackle shop I was a bit of a pain when it came to holiday booking time as I would rarely want a full week, but just a couple or three days around favourite moon phases in order to capitalise on what I considered the prime carp feeding times. These would vary as to whether I wanted to ‘bag up’ or if I simply wanted the chance of one of the largest fish with the high risk of a blank. I used to generally avoid the full moon as it isn’t usually a great period for much action. 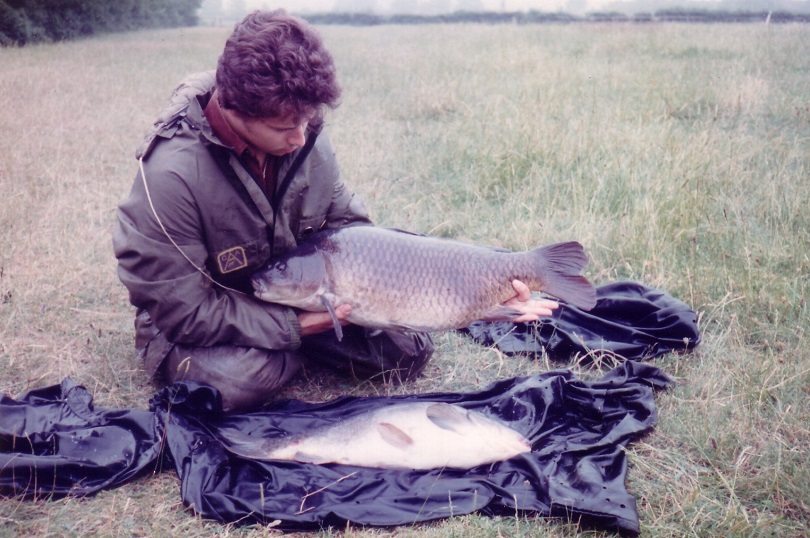 People used to simply refer to carp as large and small when it came to the effects of the moon phases, but to me this is very misleading as their actions change over the years. We how have large fish in many venues that are not very old and they don’t appear to act the same as fish that have been in a venue for 30 odd years and more which could still be quite small. 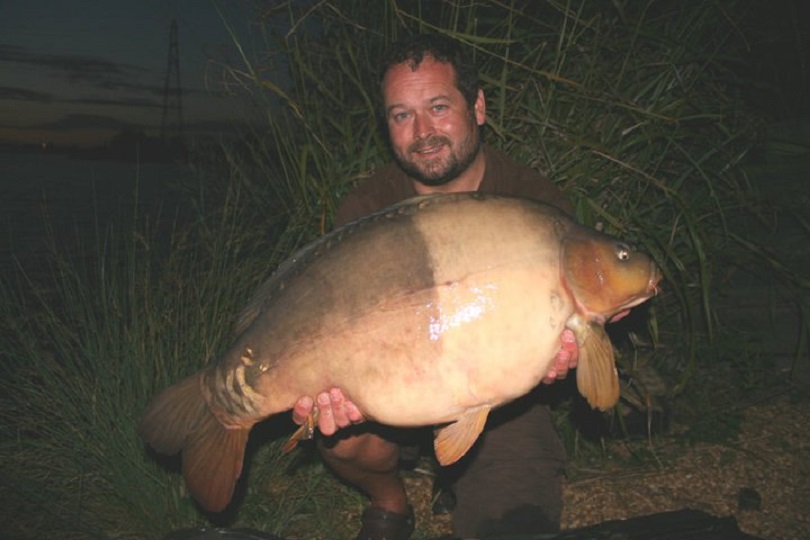 We now have some big but still very young fish.

Most of my study of moon phases and its influence on carp was on waters where carp had grown in those waters and had lived most of their lives there, having grown from young fish. These days, waters are stocked with carp that have had no natural upbringing. They haven’t had to avoid predation and they haven’t had to find their own food during their early years as they will generally have been hand fed. This all has a bearing on their actions once turned loose as (cough) wild fish.

This week-end sees us move into a full moon period, a time I love for big fish, but certainly not a time when many carp are going to be feeding. A misconception that so many have is that the full moon produces big fish because it represents great feeding conditions. In fact the complete opposite is true. The big old fish slip up because they are among the few fish actually likely to be feeding much. 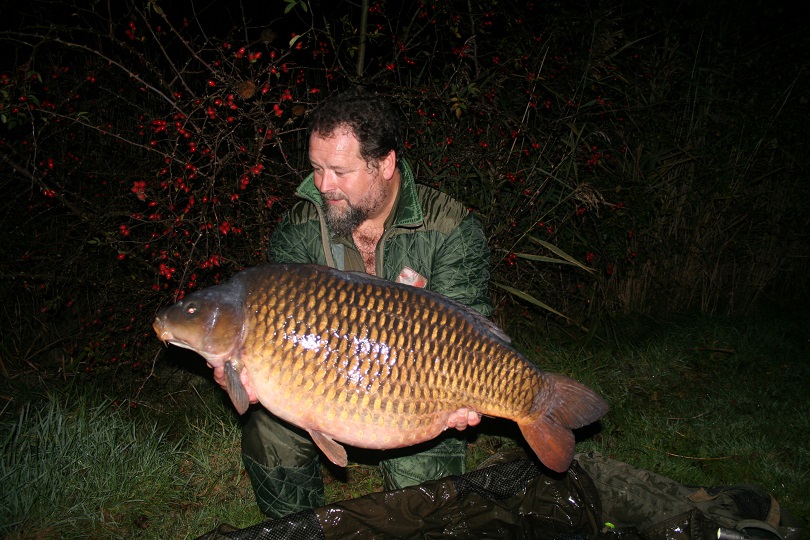 A 40 lb plus U.K. common caught in this week-ends moon phase a couple of years back

When I started fishing for carp in the latter half of the 70’s, we used to find it almost impossible to catch carp on my local water when the moon was big and bright. Upon reflection, the majority of the carp were still relatively young fish that we were fishing for. Before you start chasing about and getting excited by a full moon, just stop and think whether it will benefit you. Are you on the right sort of water where it could help you single out a bigger fish, or are you fishing a lake full of fish of similar age that have been hand fed in their first couple or 3 years, for they are different creatures with different habits.

One thing that will affect all though is the amount of bait we need to feed. It’s again very simple, the worse the feeding conditions, the less we need to or should feed. The better the feeding conditions then that is the time to take the bait you saved by not feeding it in those poor conditions, yet I see people turn up on most of the venues I fish and start in exactly the same way each session, pile in the same amount of bait regardless of weather, moon phase or atmospheric pressure and then sit and wait.

I would find it amusing, but a load of uneaten bait out there in poor feeding conditions helps no-one at all.

To totally simplify things and keeping things as basic as possible my main conclusions are that the middle part from the start of a new moon up to the full moon is usually the best period for the heaviest feeding.

The couple of days either side of a full moon is extremely poor, but a few big old fish often slip up.
The next period leading through to the start of the next new moon I find to be very hit and miss and again a time when I will fish for a bite rather than try and build things for several.

Finally, the period a couple of days either side of a new moon can produce like the full moon. It has never been so consistent for me, but many do swear by that period being a favourite for their big fish angling. 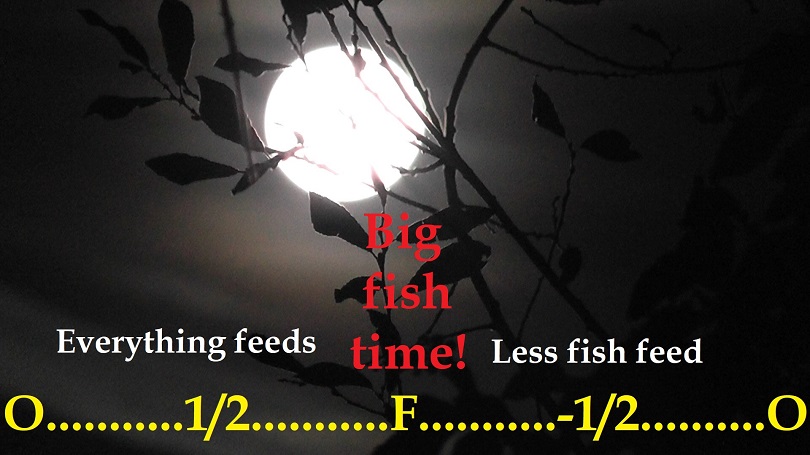 Good luck if you are out there this week-end. 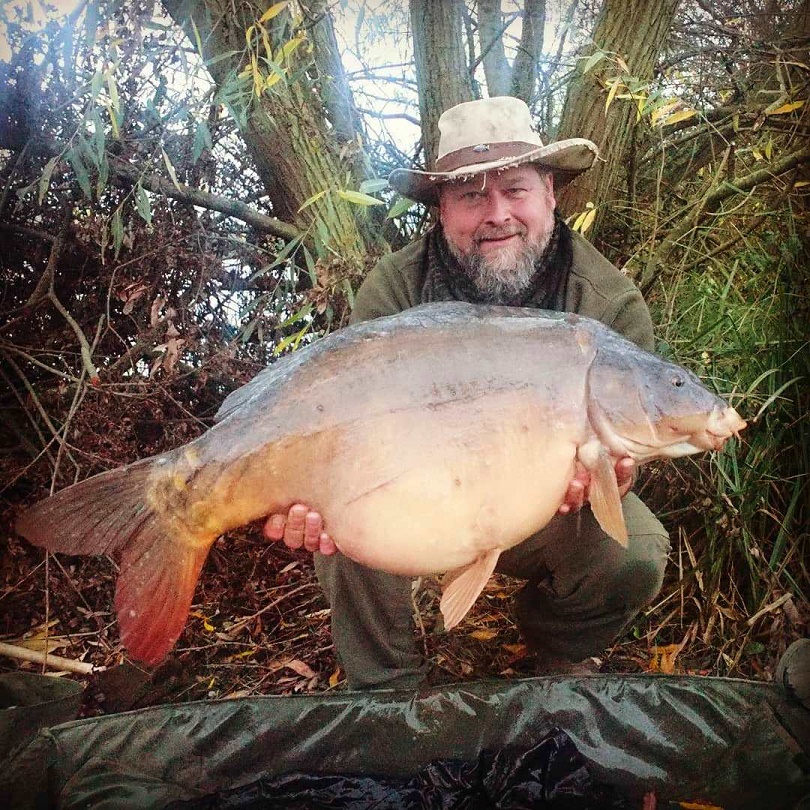 Footnote: I mentioned that the coming weekend was going to coincide with a full moon and I struck lucky with this one. Or was it luck?