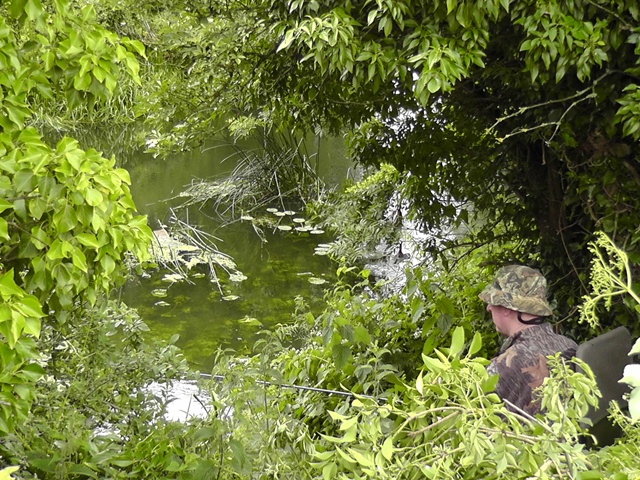 So after a surprisingly clear run down the motorway system I found myself greeted on the drive by Nige who quickly beckoned me into his house before thrusting a huge glass of red wine into my hand and we started picking up where we had left off five years previously at a British Carp Study Group fish-in where we had found ourselves in adjacent swims and had a thoroughly enjoyable week-end swapping the odd story or two. It always amazes me how many friends I have in common with people when on the bank.

Obviously we had a lot of catching up to do and I’m sure some of the wine must have evaporated as it seemed to go down rather well. Before long, Nige’s wife Fiona had left us to it talking the usual angler talk and before we knew it the clock said 2am and we really should think about sleep.

It was always planned to be e a totally chilled out week-end, so there was no rush the following morning to get down the river and we even walked our dogs first.

Eventually I was to set my eyes on the delightful Bristol Avon and it wasn’t long before I was mooching around with my Free Spirit Hi ‘S’ Special 1lb test curve rod and tiny reel free lining lumps of Rahja Spice paste into every fishy looking hole I could find and duly the chub obliged. 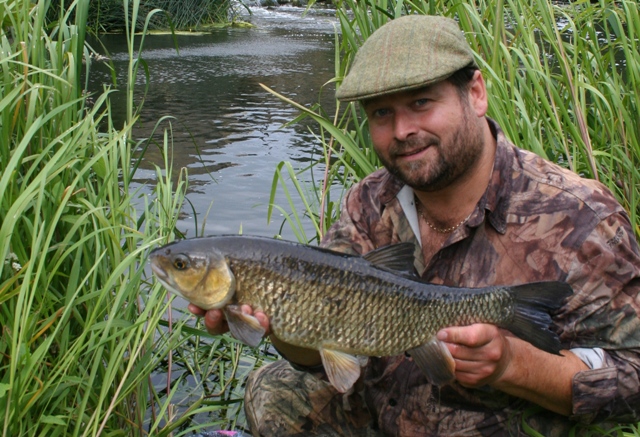 One of the many stalked chub that duly obliged.

In many cases I was able to actually creep up on the chub and carefully manoeuvre my bait into their path. This really was exciting fishing, finding the fish working out a way of not spooking them  and then finally watching them grab the bait.

The first day I caught around 12 chub doing this and then even more on the second day. Nige spent more time sitting it out in known areas trying to tempt a barbel and was also rewarded with bonus chub.

A great week end very much back to basics with a rod, reel, line, hook and bait, then going and finding the fish. Already I am thinking of other places where I can do more of this sort of thing closer to home and one thing is for sure after using several different baits the red Rahja Paste definitely gave the most aggressive feeding response I saw. The chub nailed it each time they spotted it, so long as I hadn’t spooked them first.