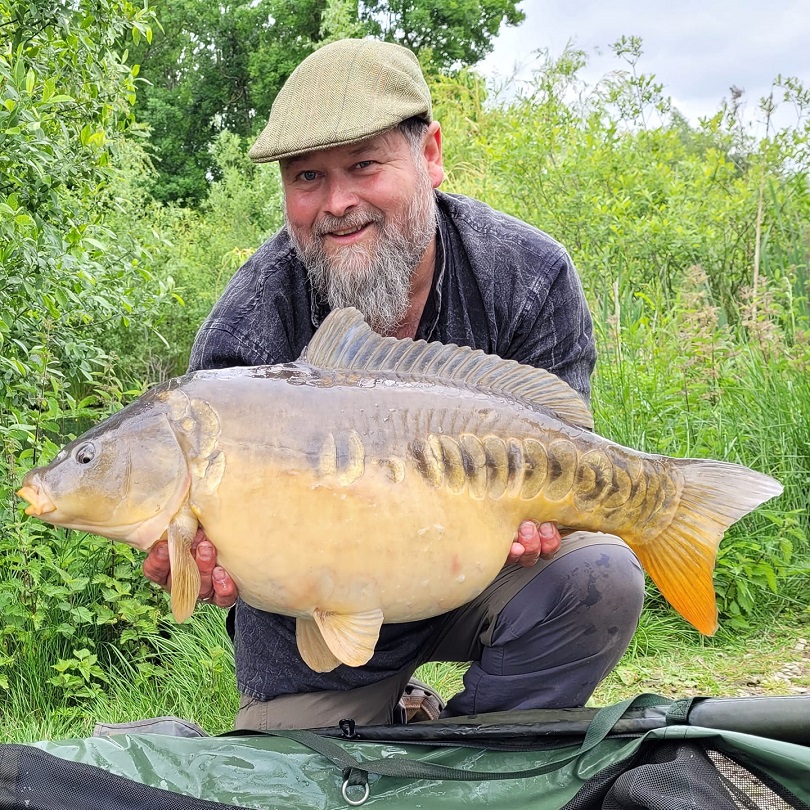 The bird life had become a big problem though with them getting onto my baited areas making it real frustrating at times. With using soft baits, I was having to recast more than I really want to, so I ended up reverting to my ultra-clear water winter tactics and baiting mostly after dark. I found I could get away with catapulting single baits over an area without the birdlife being a real issue, so long as I didn’t group the baits too tightly. These days I don’t like fishing over tight beds of bait anyway, having much more success baiting an area, rather than a spot within the area. Hook baits will still be on main feeding spots, but I don’t wish to draw the birds to that spot. It is a tactic I have used for years. Give the carp a taste and get them looking and finding baits over an area, rather than the obvious pile of bait that most others seem to offer and indeed what the birds seem to find so nice, diving for a few at a time, instead of having to hunt out one at a time. 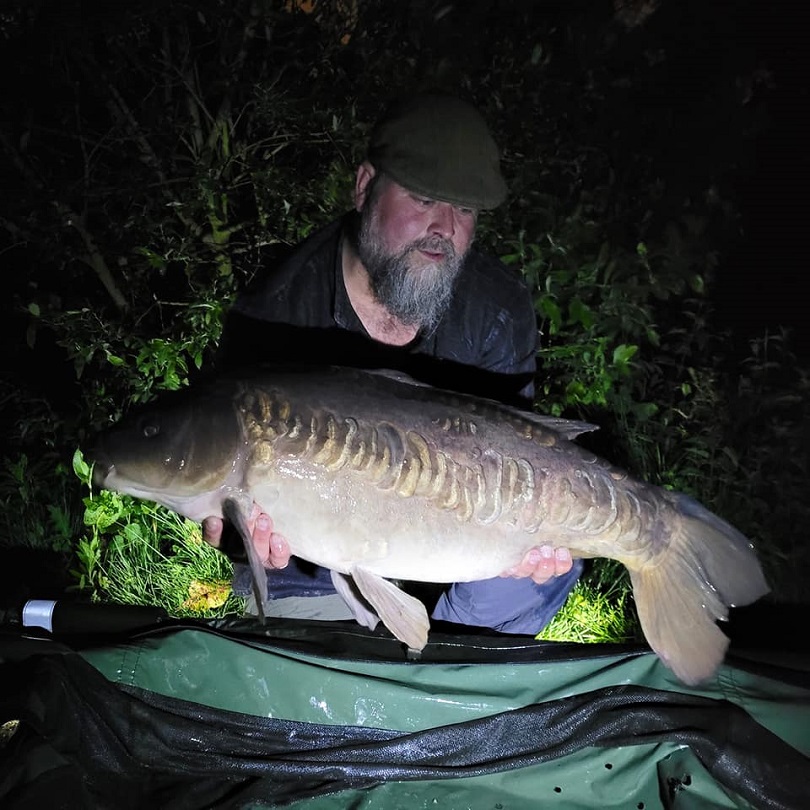 It does make me smile when I hear that the carp don’t respond to boilies, yet those same people are reliant upon something looking like a boilie to get a take. I say it makes me smile, it also leaves me real frustrated that those same anglers aren’t giving the fish something back.

The baiting at night is something I have done for years and is one of the easiest little edges to give yourself. I hardly ever hear anyone else baiting at night unless they have just had a fish when they will sometimes top up. 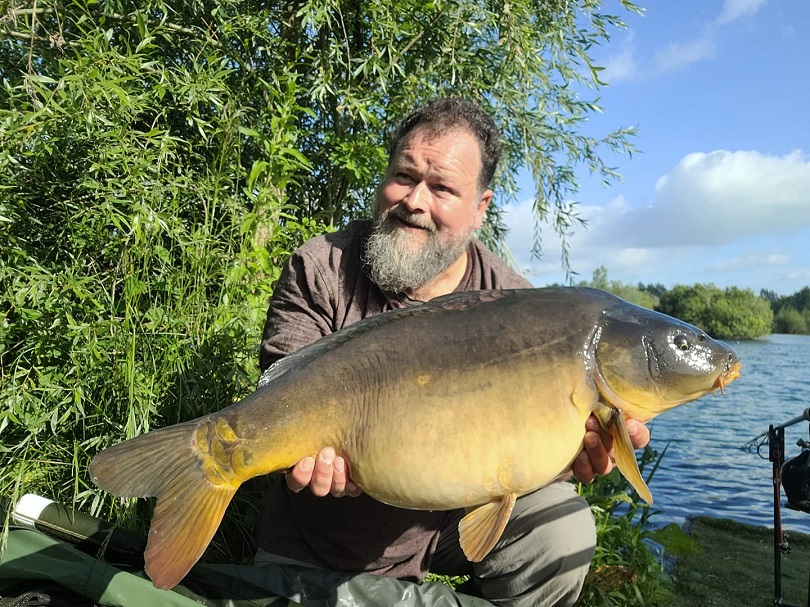 The whole waterfowl issue has become so much worse over the years. When I started to catch carp 45 years ago, it was an event to get a coot or tuftie picking a hook bait up, these days on many waters there is hardly a day goes by when they don’t go looking for what has almost become their staple diet – carp angler’s bait.

Back in the day I would bait an area with a greater concentration of freebies close to the hook bait. These days I work on creating the opposite, with my hook baits on the outside of the main concentration of freebies. Nothing new really, as hook baits on the outside edge have over the years produced lots of fish including many large ones for anglers the world over. It is even referred to as a big fish method by many, but when I see people doing this, they still seem to want a hook bait in the middle of their baiting as well. One thing I do know is that fishing that way generally gets a quicker swim disturbance from re-casting after a bird take. 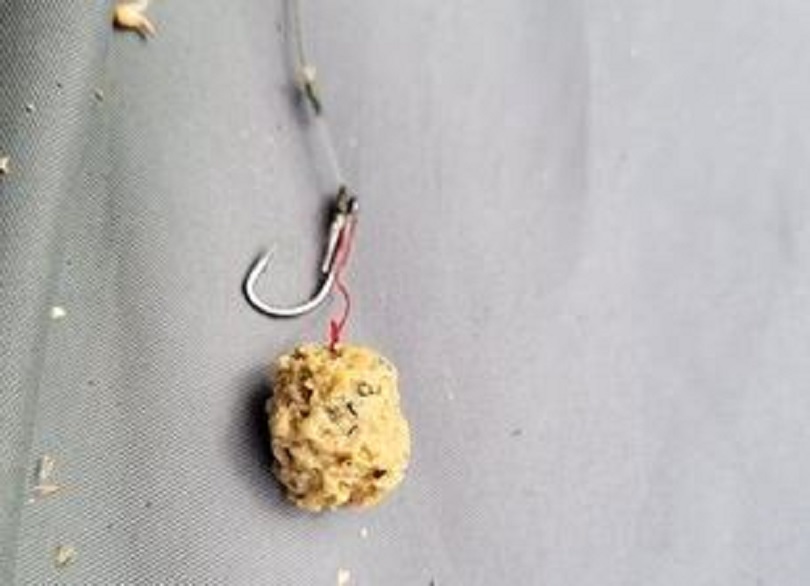 The caddis and snails were heavy onto my hook baits too. That is a RPR that has been attacked by the underwater creatures

It gets rather boring writing about and indeed reading about capture after capture, so for this month’s diary blog I have decided to just scatter a few captures from this past month within these words of what I feel have probably been my main edges. Bait wise I have mostly been using the Rock Pool Rahja in 15 mm's both whole and broken when distances allow.

Baiting mostly after dark and very loosely with a main concentration away from my hook baits. The carp are more than happy feeding among the birdlife and in the past have caught countless fish when the coots and tufties have been diving. I have cursed many a take but then being surprised that I am into a carp. This is the reason I don’t spook the birdlife off. To me that is just like going to hunt a deer but spooking everything else off first. Everything else are the deer’s ears, the same as the birdlife tell the carp so much too. 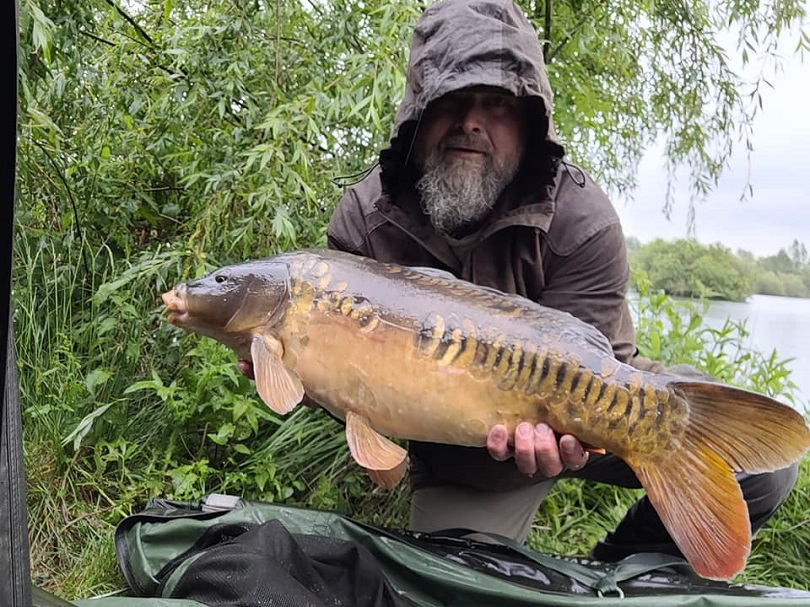 An interesting discovery these past couple of weeks where I fish is that firing one boilie at a time with a small catapult rather than the normal carp sized ones, I can get quite a lot out before the seagull’s start to get most. Fire 6 or 8 at a time as I always preferred to do and by the third pouch the gulls are getting most of them. Things evolve all the time. I remember in the old wrist rocket and Diablo days; the gulls were honed into the single baits. These latest generation still need to learn that one. I am sure it won’t take them long, but until they do...

Oh yes, I almost forgot, I was just starting to look through my phone for some pictures from June and was reminded that I missed a weekends fishing for the annual social gathering and A.G.M. of the British Carp Study Group. This was held on the last weekend of the month and is usually my favourite social of the year. So far this year, it certainly has been again. I have a few roles within the group. Regional Organiser for the East Midlands and Lincolnshire region, R.O. Co-ordinator, Forum Moderator & Steering Group member. I had offered my services (along with three others) to take over the role as Membership Secretary. We said our bit during the A.G.M. and it went to a ballot vote. I am now the Membership Secretary of the group as well. Having done a fair bit for and within the group, it is nice that members have obviously appreciated it and put their trust in me.

We are a week into July as I write this and my methods are continuing to work well, but that is it for now, or I won’t have anything to write about next month.